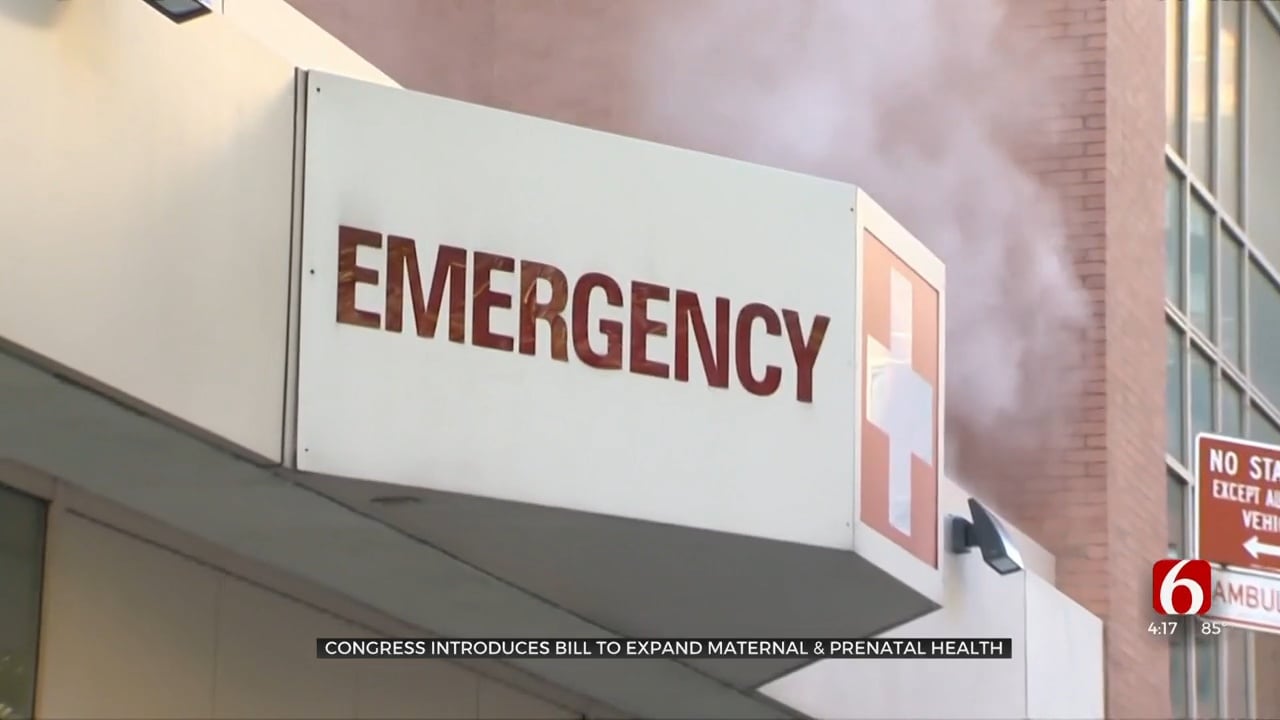 Healthcare providers say the United States is facing a crisis in maternal and pre-natal car, a need that has only grown since the Supreme Court’s decision to overturn Roe v. Wade.

A shortage of providers has especially impacted under-served and rural areas nationwide, leading to increased disparities in birth outcomes.

New mom Camry Gipson, who lives in rural Mississippi, says she drove around an hour and a half for her prenatal care and delivery.

“When I went into labor, I had been in labor for 25 hours,” Gipson recalled “When I got there, they were in a state of panic because it took me so long to get there.”

It’s estimated around 2.2 million women of childbearing age live in maternity care deserts, representing around 1,095 counties, without a hospital offering obstetric care, or provider, and no birth centers, according to the March of Dimes.

“What does that turn into? Skyrocketing rates in the United States for infant and maternal mortality. 60% of those deaths are absolutely preventable.”

“This is quality services that we want to make available in places where women don't have access to quality maternity care, and make it affordable,” said Clark.

Clark says the bill would allow for reimbursement for Medicaid recipients to utilize birth centers, care that may otherwise not be accessible in their community.

The legislation follows the Strong Start pilot program run by the Center for Medicare and Medicaid Services (CMS) from 2013 to 2017 which found that birth centers, the midwifery model of care, resulted in better birth outcomes, including lower rates of preterm birth, low birthweight and C-sections. The study also found a cost savings of $2,000 per mother and infant.

A separate bill, the Midwives for MOMS Act, would expand funding for midwifery education.

“We know that outcomes improve across the board for moms and babies when they get good prenatal care and healthy babies means helping moms and helping communities,” Clark told CBS.

Public health advocate Getty Israel founded the non-profit “Sisters in Birth” in Jackson, Mississippi to try and address the grave need in her state.

Israel says the need has only increase since the Supreme Court’s decision on Dobbs v Jackson’s Women Health Organization, with more women calling and later in pregnancy.

Israel’s clinic offers midwifery care, prenatal care and childbirth education. However, she’s now trying to raise funds to expand her center into a freestanding birth center where nurse midwives could deliver babies. Israel says she also hopes to integrate community health workers and even have available lodging before due dates for women who live far distances.

“There’s just so much that can go wrong, God Forbid,” said Camry Gipson. Gipson knows pregnancy and childbirth can be stressful enough, and she says finding prenatal care shouldn't be.