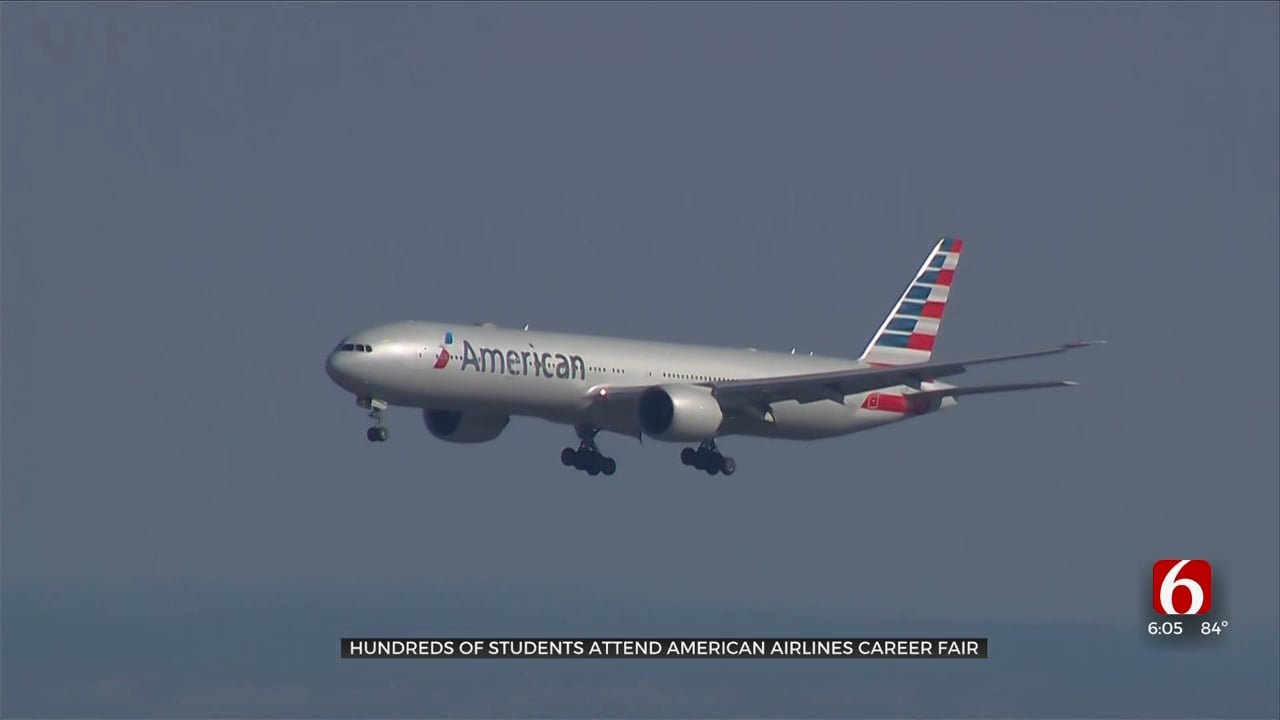 American Airlines was hoping to attract new employees at a career fair Monday.

American Airlines is one of Tulsa's largest employers. The company said the purpose of this career fair is to allow the community to explore aviation jobs they can do in their hometown.

Tulsa is where American Airline's largest maintenance base is located, which means a lot of repairs and inspections are done right here in Green Country.

Kozetta Chapman is a senior manager for American and said it's an honor to be able to share her love for aviation with the next generation.

"The goal of today's expo is to give the community the opportunity to see the aviation industry professional areas of opportunity," Chapman said.

"It's a great chance for American Airlines to showcase the jobs we have available in the Tulsa community," Chapman said.

Zachary Malloy said he walked into the career fair not knowing exactly what career choice was right for him, but he got a chance to learn a little more about what the future could hold.

"I really want to be an engineer, so it did open up a lot of options for me," Malloy said.

Jimy Saldivar said he would love to become a mechanic or a pilot someday and learning more about the different job opportunities was fun.

"I like seeing how the planes are made and how they work," Saldivar said.

Each year, more than 900 American Airlines planes fly through Tulsa, which makes up nearly half of the airline's overall maintenance work.

This is the second time American Airlines has hosted this event with the hopes of inspiring the next generation of Tulsans to join the company.