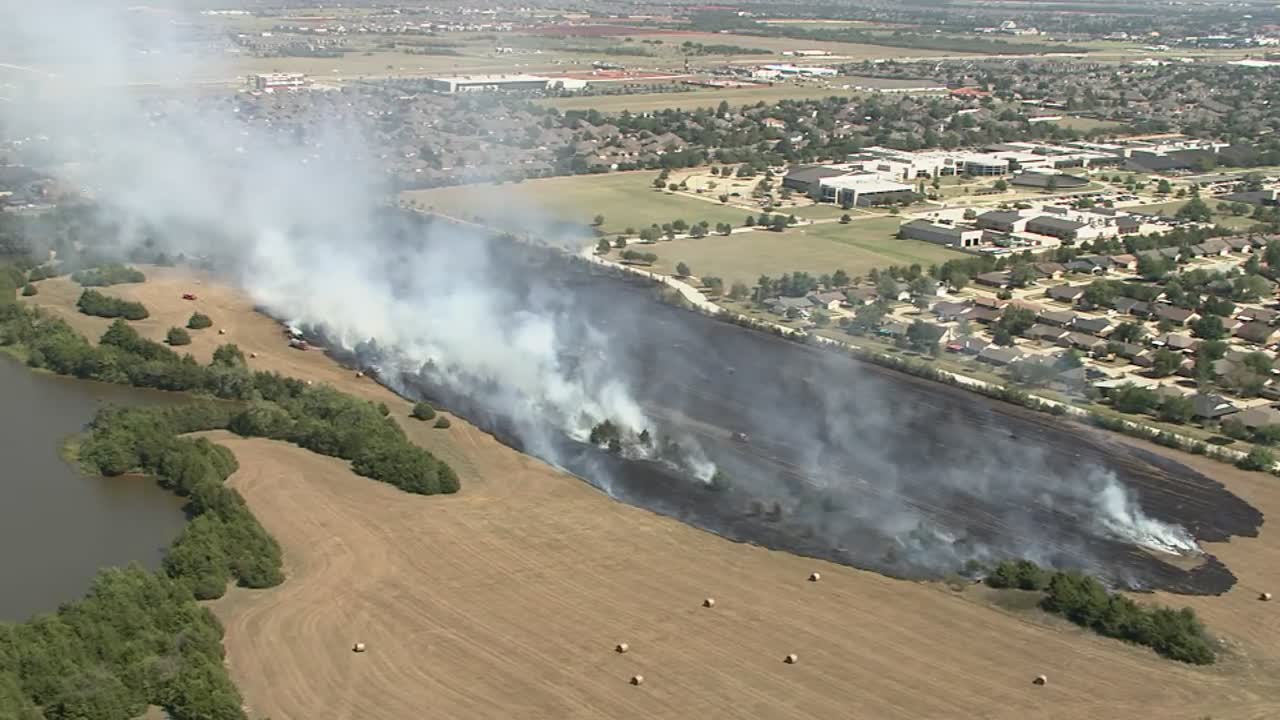 The Oklahoma countryside is a tinderbox as dry and windy conditions hang over the state.

"We haven't had rain in a while it's so dry again that one little ember that gets away can start these grass fires," said OCFD Battalion Chief, Benny Fulkerson.

Firefighters across the state are facing the same conditions.

"You start seeing those weather patterns shape up and then you start responding to a few grassfires and you just start making a mental note yeah we're going to be doing more of this," said B.C. Fulkerson.

Since Friday, Oklahoma City fire has knocked down nearly two dozen grassfires. The biggest happened Friday afternoon off of NW 122nd street, directly across the street from where Wally Swenson's called home for the last two decades.

"I was out back, we had a gas leak and they were fixing the gas leak and I smelled smoke, by the time I came out I saw a hay bale explode," said Wally. "Flames all a sudden exploded up in the air and the black smoke shot up."

Wally isn't the only Oklahoma resident who's watched patches of dry earth turn to ash. Lincoln County Emergency Management evacuated families because of a grass fire on Tuesday.

"Especially if you have acreage... You want to make sure you're keeping your grass short and well irrigated. Keep your limbs of a tree pruned up a good 6 to 10 feet off of the ground," Fulkerson said.

Anyone living in Oklahoma City city limits needs to have a burn permit and permission that day to ignite a burn pile.