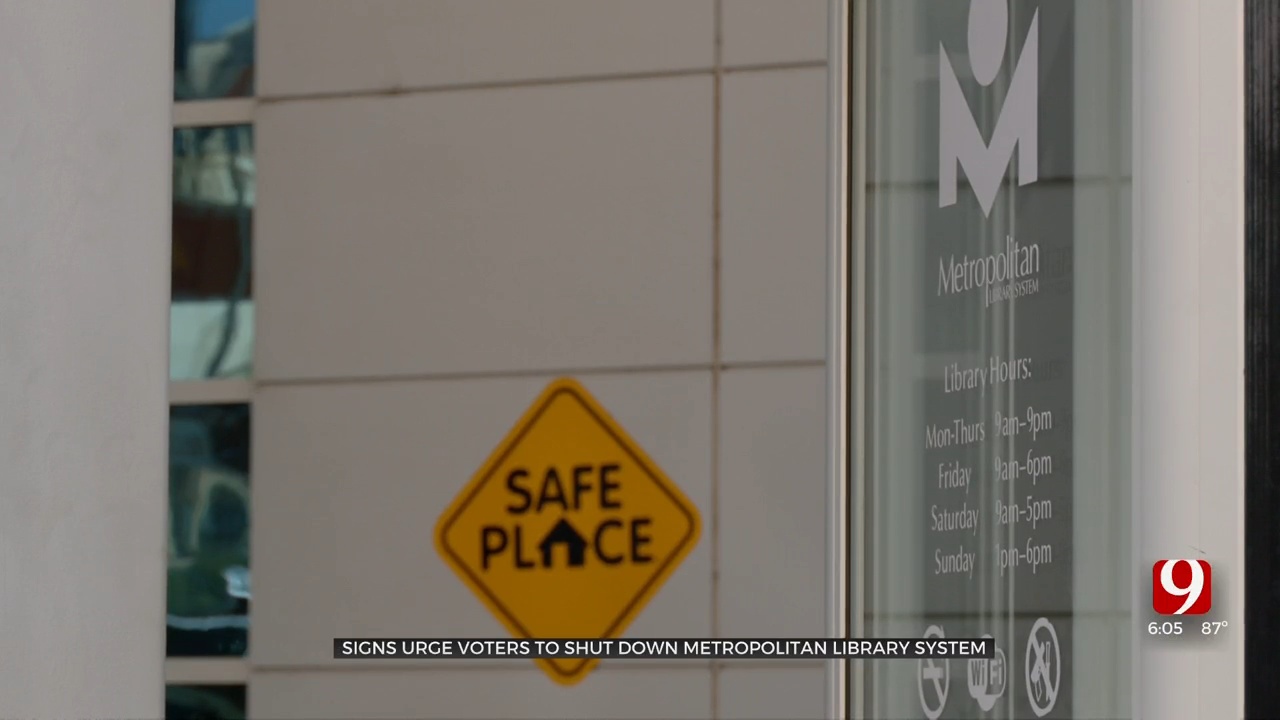 The Metropolitan Library System clapping back after signs popped up urging folks to vote for their shutdown come November.

“The library is not on the ballot at all November 8th. We have no idea where this came from,” Angel Suhrstedt said.

“We can have a book reading party that will be just great,” Suhrstedt said.

Suhrstedt with the Metropolitan Library System said the confusing message isn't even true.

News 9 reached out to the Facebook page mentioned on the flyer. The party tells us they are a group of parents, aiming to protect children from any library carrying banned books.

“If you're trying to LGBTQIA off of the shelves because you are afraid of the information your child would learn from them, you're not recognizing the fact that there's probably plenty of LGBTQIA kids in that class learning alongside your child,” Suhrstedt said.

“News 9 picked up a sample ballot from the Oklahoma County Election Board and there's no mention of closing libraries. The book burning party tells me they're referring to the superintendent race,” Suhrstedt said.

“A parent may have more success taking up an issue with a book with a school library than they would with a public library,” Suhrstedt said.

Suhrstedt said the Metropolitan Libraries cater to everyone adding it would be a huge loss for the community if they closed.

“Lots of people don't have space or money to have a ton of books at home or you know a ton of tech equipment,” Suhrstedt said.