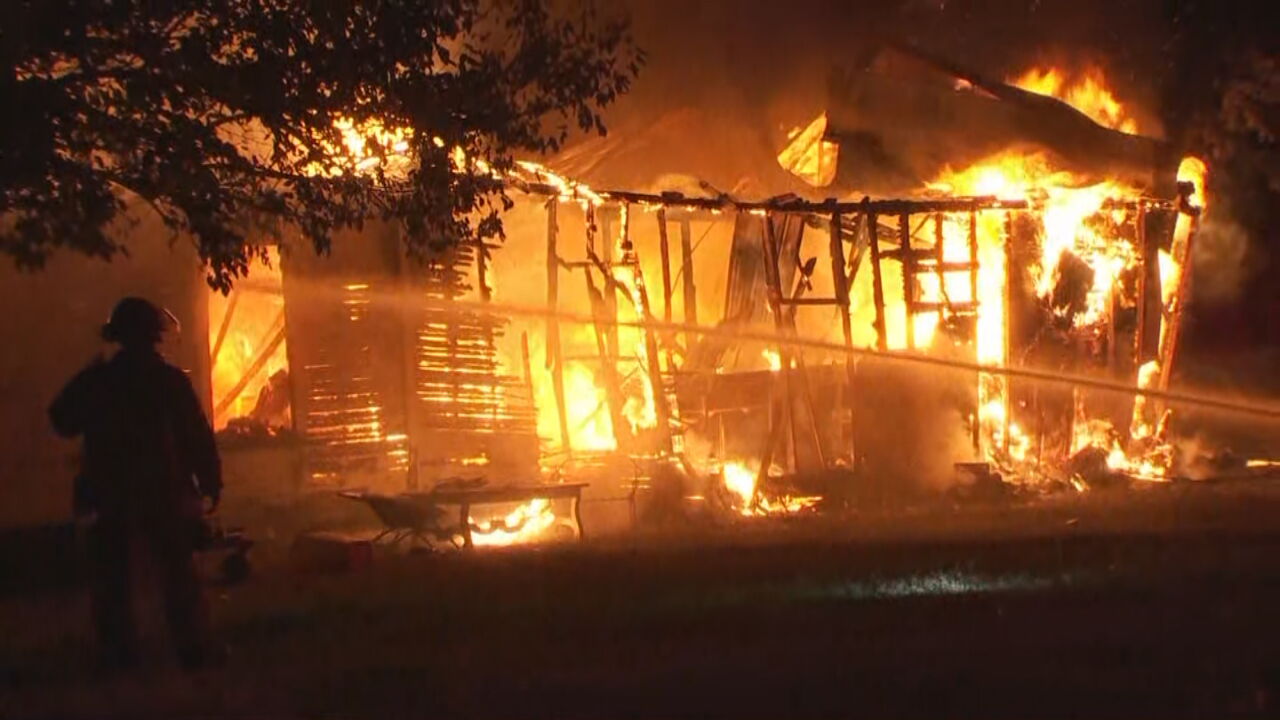 The Tulsa Fire Department said they're stretched thin by a rising number of fires at vacant homes. Firefighters said the fires are made worse by the dry weather conditions.

Firefighters said it's a big issue and becoming an even bigger problem. They fear it'll get even worse once temperatures drop and homeless people try to escape the cold.

In the past 24 hours, Tulsa firefighters responded to multiple fires at vacant homes.

Two of the fires were at the Crossings at Oakbrook Apartments near 11th and Garnett.

Firefighters said this morning's fire started in a unit on the first floor that was supposed to be vacant, but homeless people have been seen coming in and out.

Just before 5 p.m., they responded to a second fire, this time in the attic. Firefighters believe someone in a vacant unit started that fire.

"It seems like we're responding daily to vacant structure fires. It's a large number," said Little.

Firefighters said it doesn't matter whether someone is inside or not, they'll fight the flames the same.

"We're going to respond like we're there for a rescue," said Little.

"We have mental health issues on the rise. We have homelessness on the rise. And these people break into structures," said Little.

He said going into vacant buildings can be extra risky.

"There's no telling if there's intact floors. The stairs could be collapsed. A roof could be in disarray to where it's about to cave in," said Little.

Little said if you notice open doors and windows on a vacant building call the Mayor's Action Line, 311, so the city can make sure it's secure.