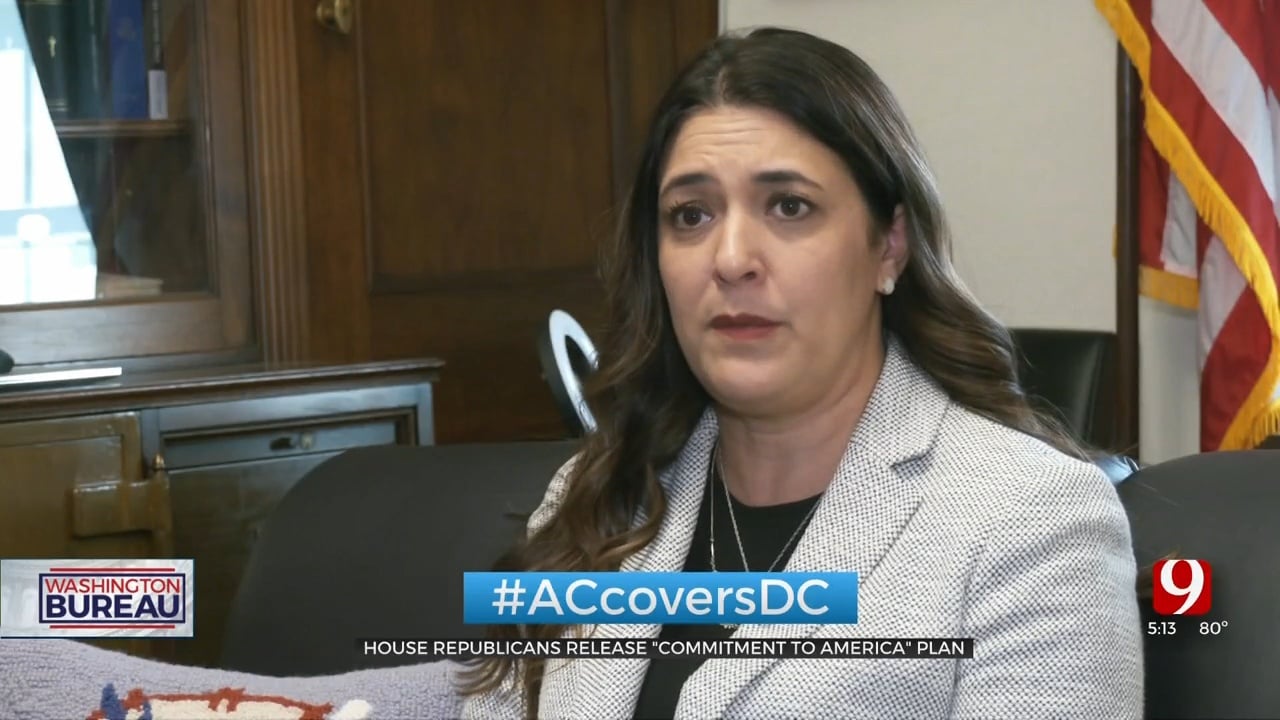 House Republicans, confident the upcoming midterm elections will vault them into the majority, unveiled the legislative priorities they intend to pursue next year, calling them, collectively, their “Commitment to America.”

Reminiscent of the “Contract with America” that Newt Gingrich and the would-be Republican majority rallied around prior to the 1994 midterms, current Republican conference leader Rep. Kevin McCarthy (R-Calif.), told reporters this ‘commitment’ reflects the difference between Republican and Democratic leadership.

“In 40 days, Americans have a decision to make,” Rep. McCarthy said. standing on the East steps of the Capitol Thursday morning. “‘Do they want an economy that's strong, that will make America energy independent, lower your gas prices, slow the growth of inflation?’”

The “commitment” document, according to members of the Oklahoma delegation, has been put together over the past year, with input from all facets of the caucus. it lists four pillars of GOP governance: an economy that’s strong, a nation that’s safe, a future that’s built on freedom and a government that’s accountable.

“We want to show the American people we have a plan that will move us forward,” said Rep. Stephanie Bice (R-OK5), who joined McCarthy and about two dozen other Republicans at the announcement. “Here are the principles of that plan, and when we take back the House in November, we will be executing that plan day one.”

Bice and her GOP colleagues said Democrats do not stand for these principles, and it's clear in the way they have governed since President Biden took office.

"A huge majority of the American people say the American economy, America as a whole is on the wrong track," said Rep. Kevin Hern (R-OK1) who also participated in Thursday's news conference. “And this is about righting our position in the world."

Unlike the Gingrich-led “Contract with America,” which contained very specific legislation he and his caucus pledged to pass within 100 days, the “Commitment to America” doesn't detail how today's House GOP will reach its four aims, but Rep. Bice said that's coming.

"There actually are specific pieces of legislation that have been proposed for this Congress," Bice said in an interview Thursday. “But I think you’re going to see a slate of bills that are going to be put forward day one of the next Congress that really touch on each of these points."

Members of the Oklahoma delegation praised McCarthy for what they said was the very inclusive way in which he and caucus leadership reached a consensus on what to include in the plan.

"We had a lot of listening sessions," said Rep. Markwayne Mullin (R-OK2). "We brought in every aspect of our conference, which there’s a lot of different facets to our conference."

"What future Speaker McCarthy has done is spend the last year, since July of last year, working with several of us and also traveling the country," said Rep. Hern in an interview Wednesday. “Asking the American people, seeing what they need, what they want America to look like, and that’s been incorporated into the ‘Commitment to America.’"

Hern said the House Republican caucus is diverse, so it's important to involve everyone.

"We have to make sure we find the right balance," Hern said. “It’s a delicate path forward as we go forward, but we have a lot of agreement."