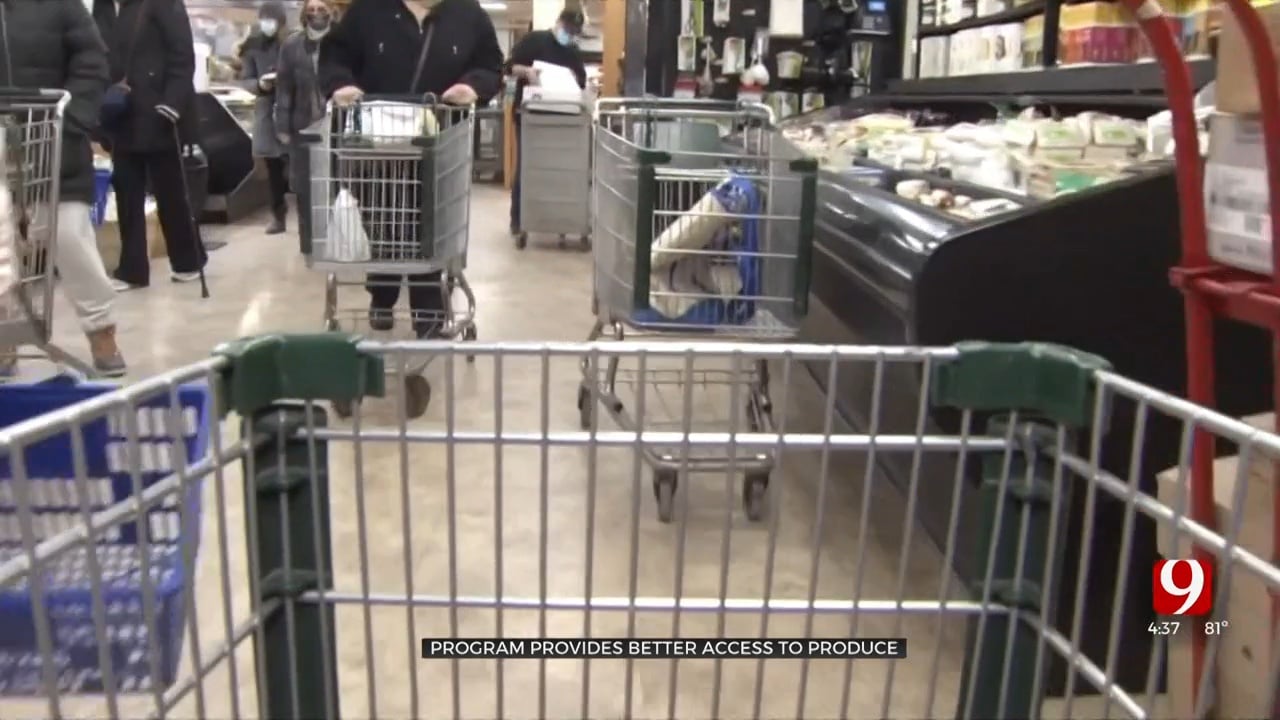 According to the Center on Budget and Policy Priorities, one in six Oklahomans used SNAP benefits in 2021. The program allows people to take their dollar further if they make healthy choices.

Everyday beneficiaries can spend up to $20 on produce and get that money back in SNAP coupons to use on other items.

During the last quarter, University of Oklahoma professor Marianna Wetherill said more than 28,000 Oklahomans took advantage of the program.

"We've noticed that total fruit and vegetable sales by Supplemental Nutrition Assistance Program, or ‘SNAP’ consumers, have increased by more than 300% since the start of the program,” Wetherill said.

According to the United States Department of Agriculture, Hunger Free Oklahoma senior director of programs Richard Comeau said the program has also pumped $10.4 million back into the local economy last year.

"Basically, that is money going back to local stores and those stores are reinvesting that money,” Comeau said. “Sometimes, it looks like they are hiring additional employees."

"Which is so important for working families as well as people with physical disabilities and challenges," said Wetherill.

The hope is that the program is changing lives.

"For people who are high risk for chronic disease to know more about the ‘DUO’ program and use it to truly support health outcomes in the community," said Wetherill.

The program can be used at all farmers markets in Oklahoma City and in several grocery stores.