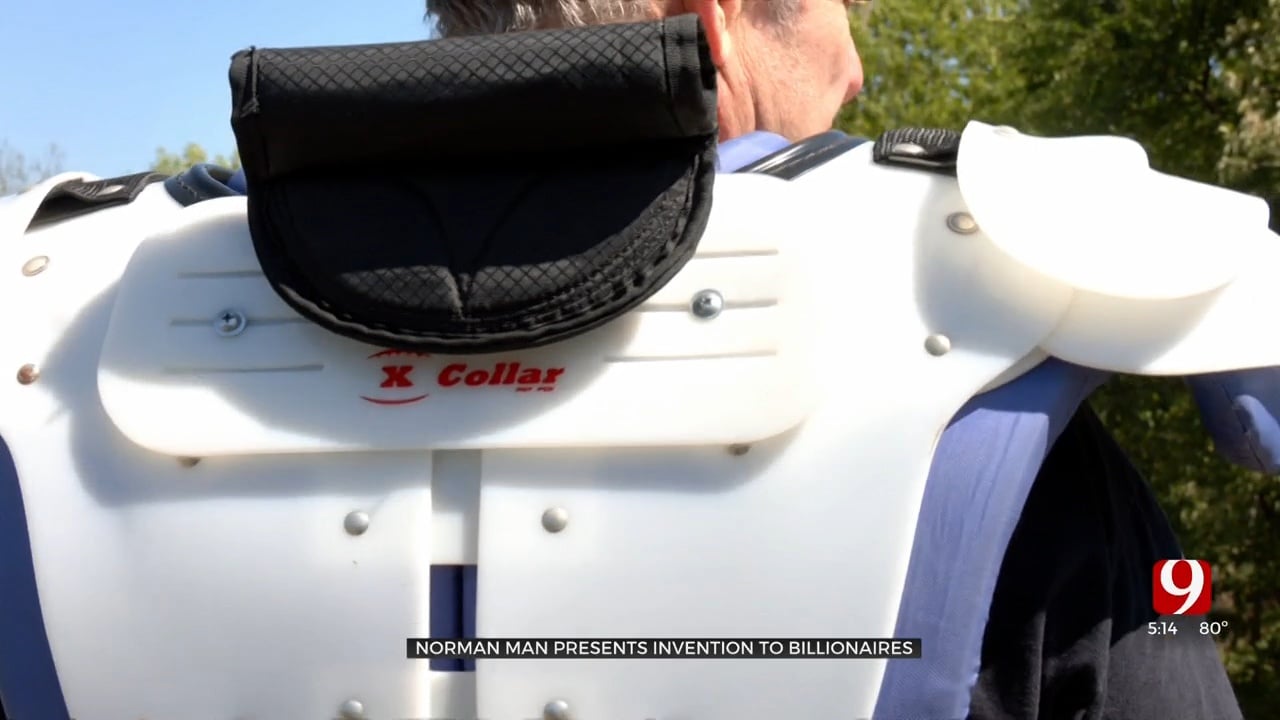 A Norman man pitched a football safety product he and his son invented to millionaires for an online show.

Kevin Swanson traveled to Florida last week to present his invention, the X-Collar, to a panel of investors for the show, Entrepreneur Elevator Pitch. The investors included Marc Randolph, the co-founder of Netflix.

Swanson and other contestants each had 60 seconds to pitch their business or product in an elevator. If the investors liked it, the contestant would then go into the boardroom to discuss the product further and negotiate.

While Swanson is not allowed to discuss the outcome of the show, he said it was an exciting experience.

However, it wasn't the first time he took part in a show to pitch his product.

Swanson also tried out for Shark Tank years ago but did not make it past the audition stage. In addition, he took part in a third show in which his product won the endorsement of the investors but that show was not picked up by any major network.

Despite those outcomes, Swanson's X-Collar was made legal by the National Federation of State High School Associations in 2011 and is used by high school athletes across the country.

"We were really surprised at how fast this project took off," said Swanson.

The X-Collar is a device that helps prevent injuries from horse-collar tackles, a maneuver in which a defender grabs the back collar of a player's shoulder pads and pulls the player down. This could lead to serious leg injuries, including tears and fractures.

The X-Collar works by detaching from the player's shoulder pads whenever a defender tries to horse-collar tackle the player, allowing the player to either fall forward more safely or continue moving.

Swanson recalls seeing the effectiveness of the X-Collar during one high school game in which the score was tied.

"The linebacker took a bad angle, chased him down, about the 15-yard line or so, reached up and attempted to horse collar, only to realize that the X-Collar came off," said Swanson. "So the runner got to continue forward, went on in, scored the touchdown, won the game and the X-Collar was laying there on the ground and the defender was kind of stumped."

Swanson said he was inspired to create the X-Collar after his son, Dustin Swanson, was horse-collar tackled while playing football in the fourth grade.

As Dustin was bracing for the fall, two bones in his left arm broke.

"It was probably the most intense pain I had by that point in time in my life," Dustin Swanson said.

Kevin and Dustin Swanson then created the X-Collar for Dustin's ninth-grade science fair.

From there, it garnered more and more attention.