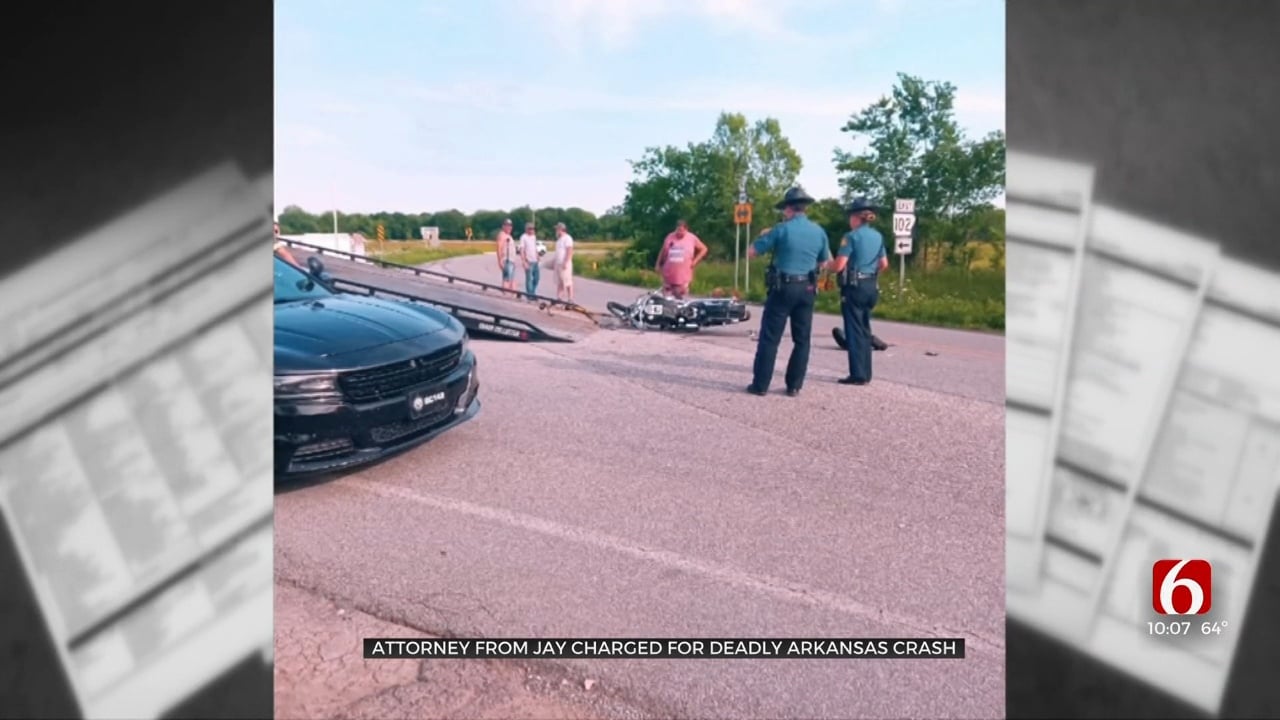 An attorney from Jay is charged with negligent homicide for a wreck that killed a woman.

After the toxicology report showed alcohol and prescription medications were found in his system, prosecutors charged him, but the victim's family said that's not enough.

Whitney Evans-Smith lost her sister, 30-year-old Carmen Vaughn, in the wreck. “Fighting for these charges to be upped at this point. Because my sister’s life was worth more than a slap on the wrist," she said.

An Arkansas crash report filed after the May 29 wreck states Vaughn was on the back of a motorcycle driven by 37-year-old Dustin Simon, when Jason Smith driving a Dodge Charger pulled out in front of them.

The report said neither Vaughn nor Simon were wearing helmets.

“She was a single mom of a three-year-old," Whitney said. "And that was her pride and joy. And me and her are the only ones left in our family and so at this point I feel like I need to fight for her because she is not here.”

Smith's states he had his blinker on and started to turn, when he said the motorcycle came quickly around the corner.

Smith is an attorney practicing in Jay, Oklahoma.

In August, his toxicology report came back and states his blood-alcohol content was below the limit at .053.

However, he also tested positive for three prescription drugs including methadone; a drug usually prescribed for chronic pain and opioid dependence treatment.

"You can still be charged in the state of Arkansas with the same punishment that he is getting with having nothing in your system," she said.

Smith was arrested on the Sept. 17 but bonded out two days later. He has not yet been to court.