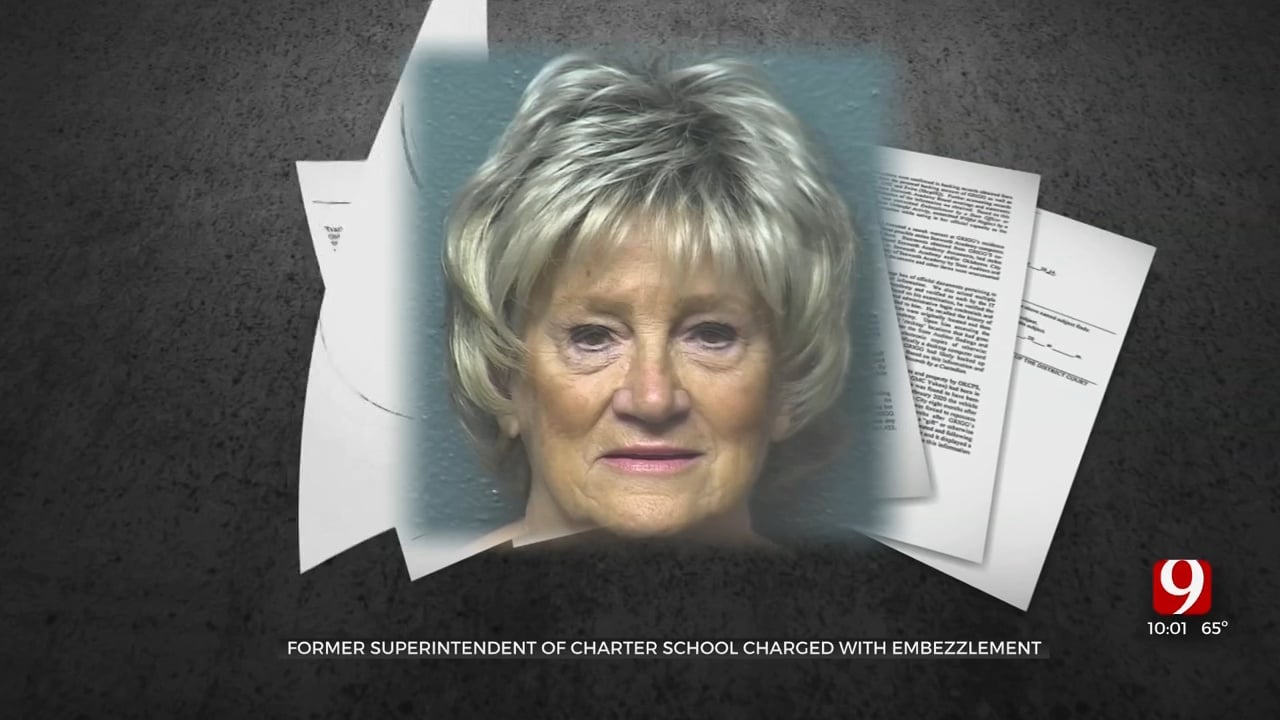 The former superintendent of an Oklahoma City charter school was booked into the Oklahoma County jail on charges of embezzlement and immediately posted a $10,000 bond. Meanwhile, the district attorney said their investigation into allegations of decades of siphoned public funds is “ongoing.”

Janet Grigg, 76 of Sentinel, is accused of taking “approximately $250,000 of public school funds over the course of more than a decade,” according to a probable cause affidavit written by an investigator with the Oklahoma County District Attorney’s Office.

Prosecutors charged Grigg on Tuesday with three felony counts of embezzlement. The longtime superintendent of the school allegedly, according to prosecutors, “awarded herself” $210,751 in bonuses intended for school staff from 2014-2019.

Grigg is also accused of underreporting her income to the Oklahoma State Department of Education, among other allegations.

“There’s a lot more to this story. We’re looking forward to our day in court,” said Scott Adams, Grigg’s attorney.

The charges stem from a state audit released in 2021 that found several instances of financial mismanagement by the school board and Grigg.

“Theft of money intended to benefit Oklahoma students is a serious matter. Based on our audit findings, this week’s events emphasize the importance that the taking and spending of our education dollars must be done with accountability and transparency,” State Auditor Cindy Byrd said in a statement.

“The investigation is ongoing to determine if others have criminal liability in this alleged theft of money that was intended to help educate some of our most vulnerable children,” Prater told NonDoc.