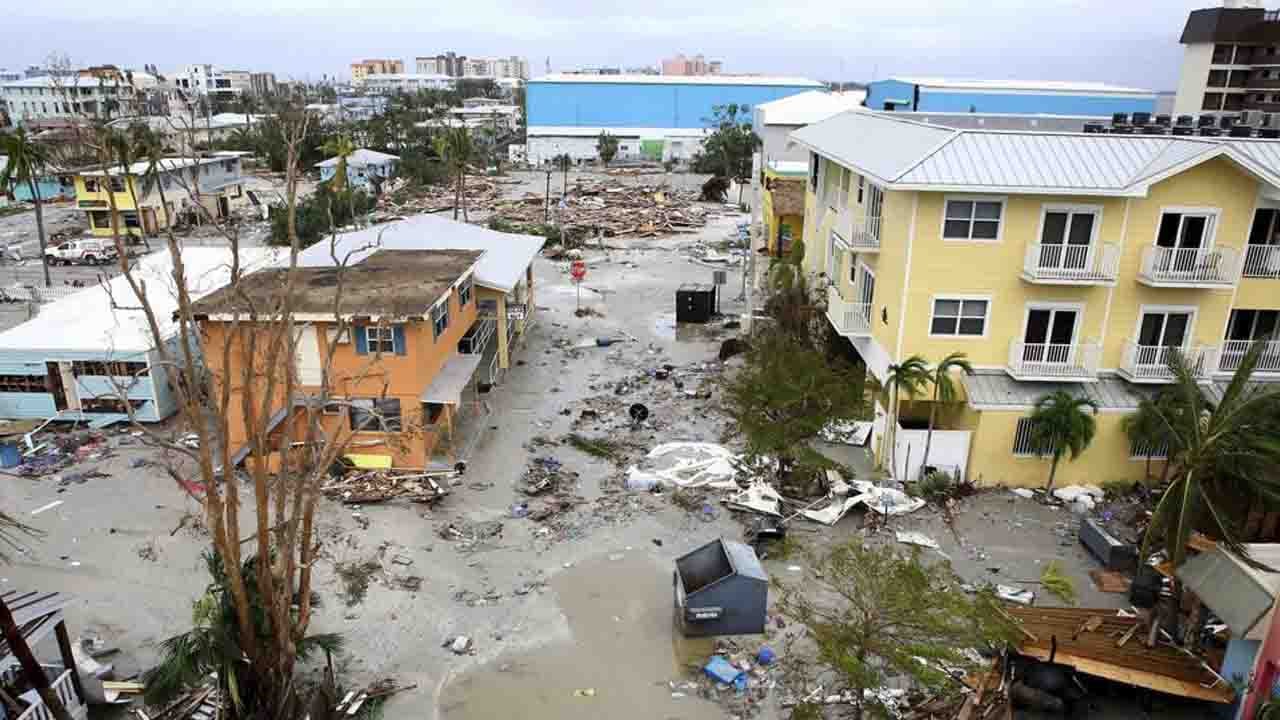 A revived Hurricane Ian set its sights on South Carolina’s coast Friday and the historic city of Charleston, with forecasters predicting a storm surge and floods after the megastorm caused catastrophic damage in Florida and left people trapped in their homes.

With all of South Carolina’s coast under a hurricane warning, a steady stream of vehicles left Charleston on Thursday, many likely heeding officials’ warnings to seek higher ground. Storefronts were sandbagged to ward off high water levels in an area prone to inundation.

Along the Battery area at the southern tip of the 350-year-old city’s peninsula, locals and tourists alike took selfies against the choppy backdrop of whitecaps in Charleston Harbor as palm trees bent in gusty wind.

The hurricane warning stretched from the Savannah River to Cape Fear, with flooding rains likely across the Carolinas and southwestern Virginia, the center said.

An earlier forecast predicted a storm surge of 5 feet (1.5 meters) into coastal areas of Georgia and the Carolinas. Rainfall of up to 8 inches (20 centimeters) threatened flooding from South Carolina to Virginia.

In Florida, rescue crews piloted boats and waded through riverine streets Thursday to save thousands of Floridians trapped amid flooded homes and buildings shattered by Hurricane Ian.

Ian had come ashore Wednesday on Florida’s Gulf Coast as a monstrous Category 4 hurricane, one of the strongest storms ever to hit the U.S. It flooded homes on both the state’s coasts, cut off the only road access to a barrier island, destroyed a historic waterfront pier and knocked out electricity to 2.6 million Florida homes and businesses — nearly a quarter of utility customers. Some 2.1 million of those customers remained in the dark days afterward.

At least four people were confirmed dead in Florida, while three other people were reported killed in Cuba after the hurricane struck there on Tuesday.

In the Fort Myers area, the hurricane ripped homes from their slabs and deposited them among shredded wreckage. Businesses near the beach were completely razed, leaving twisted debris. Broken docks floated at odd angles beside damaged boats. Fires smoldered on lots where houses once stood.

“I don’t know how anyone could have survived in there,” William Goodison said amid the wreckage of a mobile home park in Fort Myers Beach where he’d lived for 11 years. Goodison said he was alive only because he rode out the storm at his son’s house inland.

The hurricane tore through the park of about 60 homes, leaving many destroyed or mangled beyond repair, including Goodison’s single-wide home. Wading through waist-deep water, Goodison and his son wheeled two trash cans containing what little he could salvage — a portable air conditioner, some tools and a baseball bat.

The road into Fort Myers was littered with broken trees, boat trailers and other debris. Cars were left abandoned in the road, having stalled when the storm surge flooded their engines.

Lee County Sheriff Carmine Marceno said his office was scrambling to respond to thousands of 911 calls in the Fort Myers area, but many roads and bridges were impassable.

Emergency crews sawed through toppled trees to reach stranded people. Many in the hardest-hit areas were unable to call for help because of electrical and cellular outages.

A chunk of the Sanibel Causeway fell into the sea, cutting off access to the barrier island where 6,300 people live.

Hours after weakening to a tropical storm while crossing the Florida peninsula, Ian regained hurricane strength Thursday evening over the Atlantic. The National Hurricane Center predicted it would hit South Carolina as a Category 1 hurricane Friday.

National Guard troops were being positioned in South Carolina to help with the aftermath, including any water rescues. And in Washington, President Joe Biden lapproved an emergency declaration for the state, a needed step to speed federal assist for recovery once Ian passes.

Visiting the state’s emergency operations center Thursday, Cooper said that up to 7 inches (17.8 centimeters) of rain could fall in some areas, with the potential for mountain landslides and tornadoes statewide.