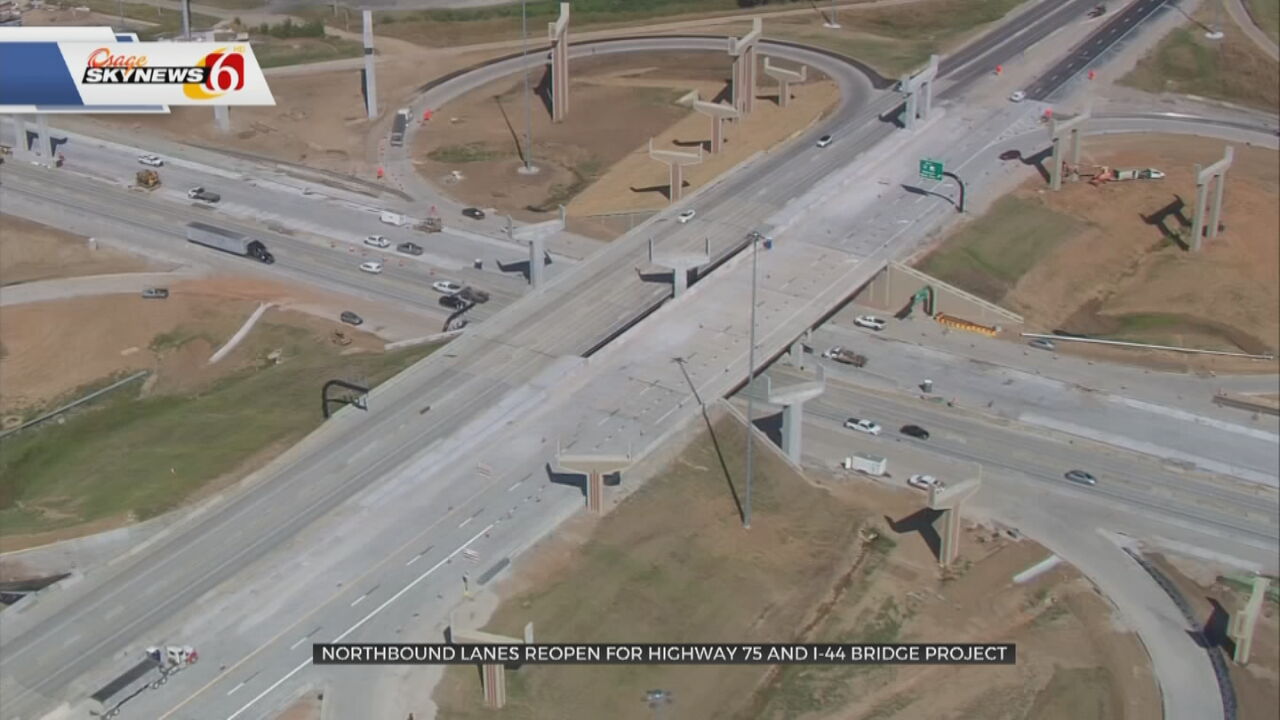 Good news for drivers who travel on Highway 75. The northbound lanes at the Highway 75 intersection with I-44 have been normalized. That means that northbound traffic will be back on its own bridge after having to share with southbound traffic.

While northbound traffic has been normalized, southbound traffic is expected to be normalized by the end of next week. This was all part of a larger project that started back in January 2021 to widen I-44 to six lanes because this part of I-44 predates the interstate system and needed some work done.

"The stretch of I-44 between the I-44/244 western split and the river, that was the oldest stretch of interstate in the state of Oklahoma interstate system. It actually pre-dates the interstate system itself because it was built in the 50s as part of the Skelly Bypass," TJ Gerlach, ODOT's spokesperson said.

However, in order to do that, the Oklahoma Department of Transportation had to replace five bridges which included the north and southbound lanes of Highway 75.

Now that both directions are being normalized, ODOT hopes that there won't be much work obstructing drivers who travel along highway 75 at I-44.

"Once we normalize 75 in both directions, that area will be free and clear for quite a while. We do still have the bridge project on 41st street just north of this area that’s ongoing through about the same time period, that early December time period," Gerlach said.

ODOT anticipates that the project at I-44 and Highway 75 will reach substantial completion by late November or early December. However, that does not include the flyover ramps at that intersection, which will be a separate phase of the overall project.