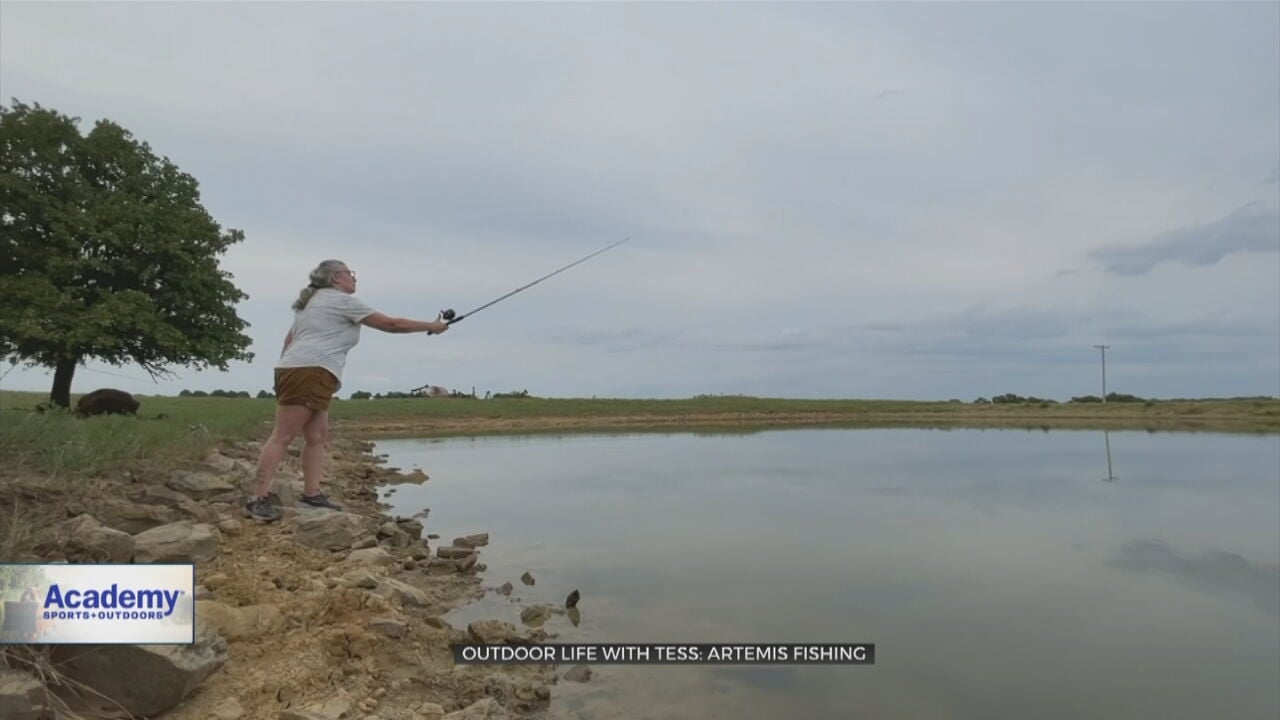 A country road in Oklahoma can lead to some of the most stunning spaces, like one in Osage County that leads to a couple farm ponds north of Skiatook.

“I love Oklahoma. I used to think Oklahoma was so boring. I had no idea how many hidden, beautiful places that we have if you just get out and go look,” said Cara Cunningham.

Cunningham is part of a National Wildlife Federation group called Artemis, which is aimed at getting more women into the outdoors. Cunningham started her journey as a hunter and angler about four years ago. She’s a self-described "outdoor newbie” and an Artemis ambassador.

“It's goal is to inclusively pull in sportswomen, whether they are fishing or hunting... get more women out in the field, comradery, bring people together,” she said.

Through Artemis, Cunningham recently organized a fishing trip with four other women. They met on OLAP property and started with some information from Game Warden Jeremy Berche.

“OLAP is the Oklahoma Land Access Program. It's the wildlife department teamed up with the department of ag and basically leases land from private landowners and allows walk-in access, either hunting, fishing, hiking or bird watching,” Berche said.

OLAP gives the public more access to the outdoors, which means new opportunities for folks like, Tammie Lockwood, who hasn't been fishing since she was a little girl.

“I thought, ‘why not?’ I want to learn something new. It'll get me out of the house,” Lockwood said. “[This is] way out of my comfort zone.

With a little coaching from her daughter, Hannah, Lockwood learned to cast, and she didn't want to stop.

The group fished until the sun went down. They reeled in a few catches, but mostly they enjoyed each other and building memories you can only make in the outdoors.

Anyone who takes advantage of OLAP property or public land, it’s important to check the regulations first. Many OLAP farm ponds close to fishing during hunting seasons.

The Oklahoma Department of Wildlife Conservation has more information about the Oklahoma Land Access Program online.