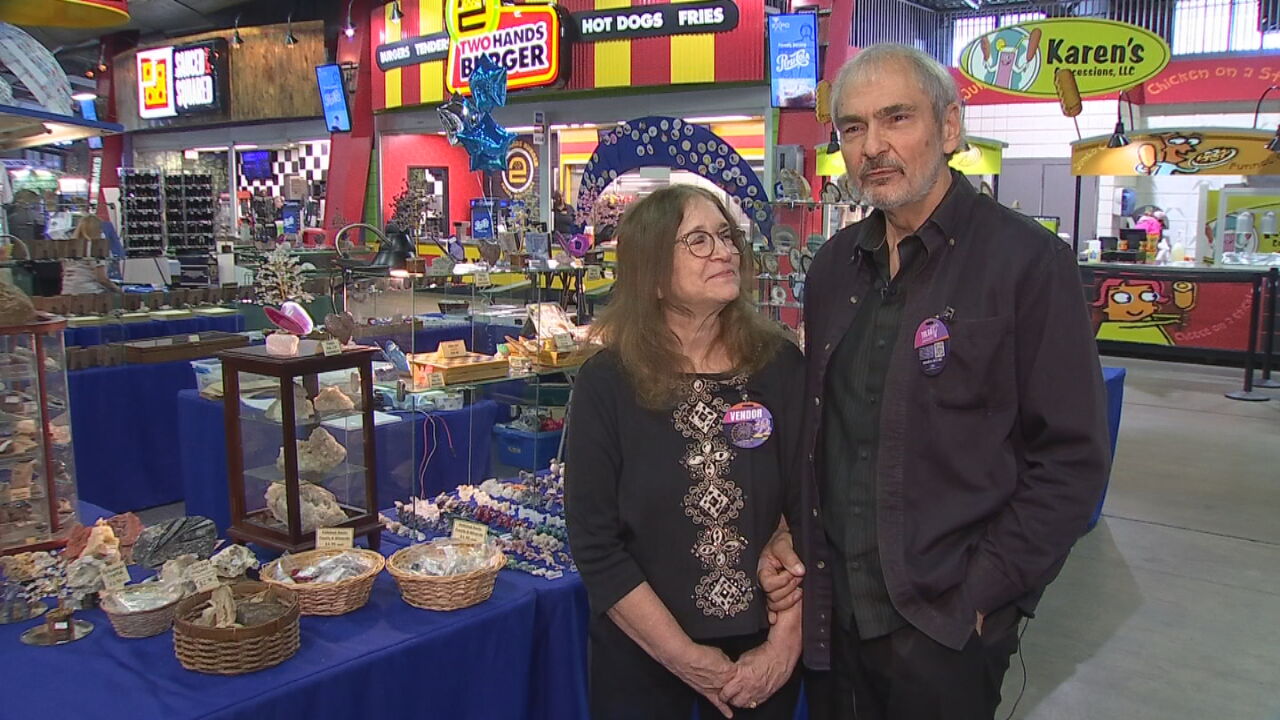 A couple is celebrating 50 years of marriage by renewing their vows at a place especially meaningful for them: The Tulsa State Fair.

The two went on their first date there back in 1969 and said the rest was history.

Jack And Sherry Kovnas are the artists behind the beautiful items at their booth at the Tulsa State Fair. But they said they can't take credit for the inspiration.

That's why they call them "God's Creations."

The two have had a booth at the fair for almost 40 years, and have made many friends along the way. It’s a special place to them for more reasons than one.

Up on the Ferris wheel, Jack told Sherry a kiss would calm their first date jitters. It worked.

“I either had to say yes or no," said Sherry.

“We walked around the fair like two best friends, and we’ve been together since," said Jack.

The two tied the knot in 1972, and on Friday they renewed their vows right at this booth after 50 years.

State fair Chaplain of 3 decades, Walker Moore, did the honors.

“Today, we are here to celebrate the 50th anniversary of Jack and Sherry." said Moore. "It was here you had your first date. Sherry was 16 --you were 17.”

Moore asked the two if their vows were the same as 50 years ago.

"For better for worse and forsaking all others as long as you both shall live?" "Yes, I will.”

And after Moore prayed over them, Jack once again kissed his bride.

Jack and Sherry said they have spent a life of travel, adventures and a deep love for God and each other.

They pray for 50 more years of bliss.