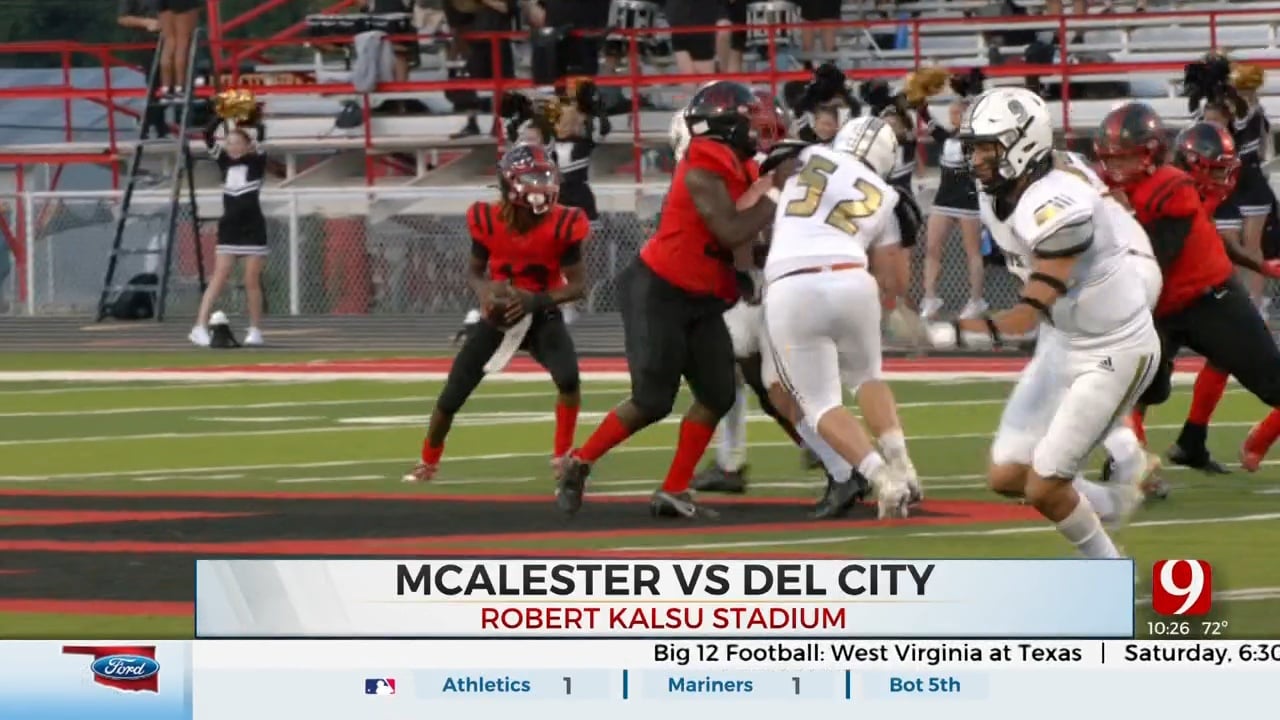 The McAlester Buffaloes and the Del City Eagles needed overtime to settle this battle of undefeated teams.

The Eagles got out to an early lead but saw it evaporate as the Buffaloes took the lead 26-23 late in the fourth quarter.

A game tying field goal with 6 seconds left by Del City would send the game into extra time.

Del City would strike first in overtime, but a two point conversion would prove to be the difference for McAlester. The Buffaloes walk it off, 34-33.

McAlester moves to 5-0 and will face Coweta on October 7.

The Eagles fall to 4-1 and take on Sapulpa on October 7.

Sand Springs Faces Off Against Stillwater