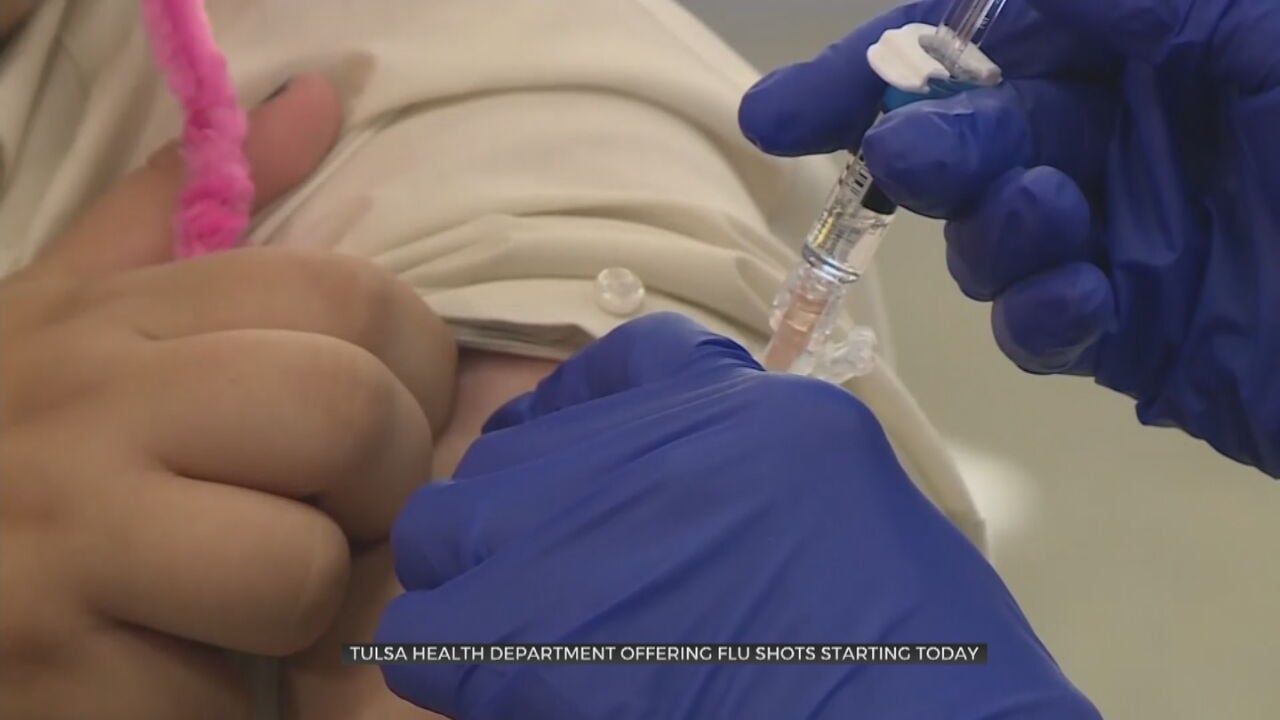 It's the beginning of October which means flu season is starting to ramp back up. The Tulsa Health Department is now offering flu shots for anyone who wants to get one, all you have to do is make an appointment.

While the flu season typically starts in October, it actually hits its peak around January and February before slowly falling off. However, you can still get the flu at any time during the year which is why the health department recommends that anyone over the age of six months get the flu shot, especially those who are a little older or immunocompromised.

"Everyone six months and older is recommended to receive the flu vaccine and especially those that might be at high risk. That would be pregnant women, those with comorbidities or other chronic conditions anyone over the age of 65," Ellen Niemitalo, the Tulsa Health Department Immunizations Manager said.

Niemitalo also said that anyone caring for pregnant women, those with comorbidities or other chronic conditions should get the flu vaccine as well.

For those who are over the age of 65, there is also a higher dose of the flu vaccine that the health department recommends.

"Everyone over 65 should get the high-dose for flu vaccine. There are three different products that are available that are considered the high dose. They are all quadrivalent meaning they cover four strands of flu: 2 A’s and 2 B’s," Niemitalo said.

Even if that dose isn't available, Niemitalo said people should still get the regular vaccine to offer as much protection as possible during flu season because the flu could present some problems, especially in combination with other respiratory illnesses.

Other than getting the flu shot, the health department said that the best ways to keep yourself from getting sick include washing your hands frequently and staying home if you start to feel ill.

Doctor On Call: Anxiety In Teens