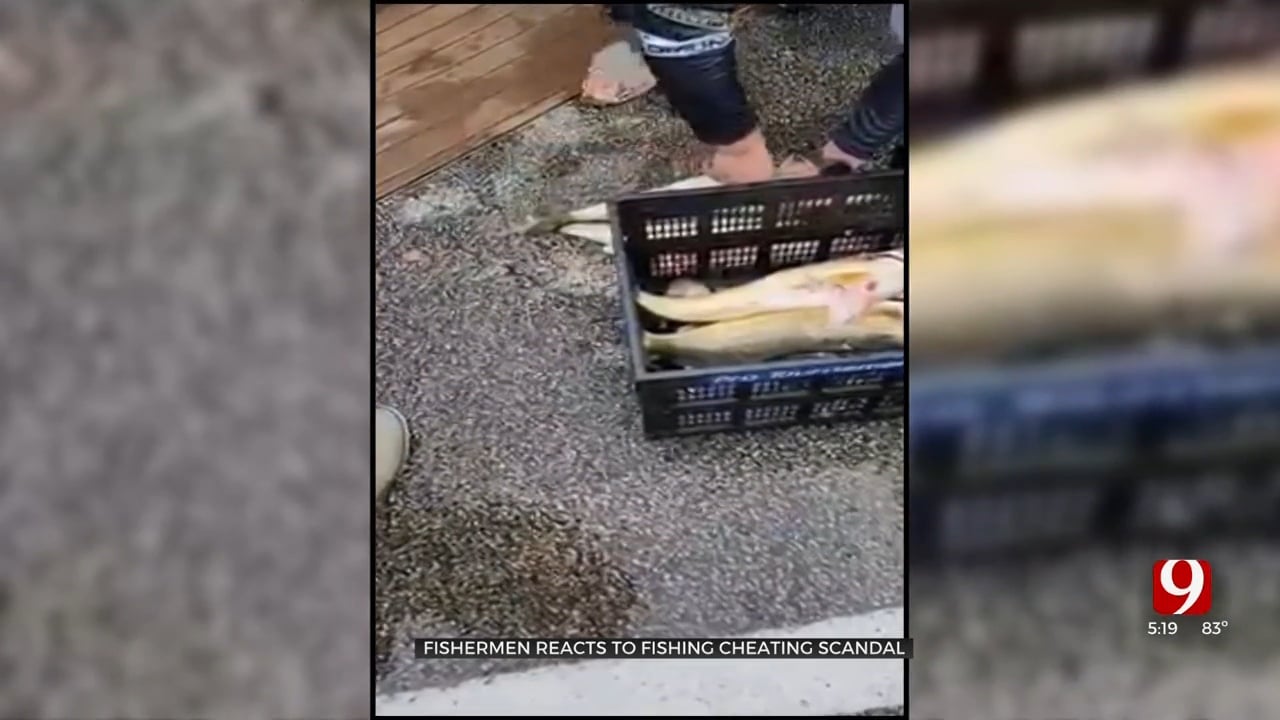 A scandal from a weekend fishing tournament in Ohio has sent waves across the competitive fishing community.

The current team of the year was caught in the act as they tipped the scales in their favor. The other fishermen may have launched their boats in freshwater, but they quickly turned into a salty group of fishermen.

They were gutted to learn the winners didn't stack but stuff the odds in their favor.

"You always hear the, I would say, the tales," Oklahoma Bass Nation president Brock Enmeier said. “‘Oh, this guy was cheating.’”

Enmeier, a well-seasoned competitive fisherman, said most fishing tournaments end in a handshake and not an angry mob.

"I don't know how the guy walked out of there without getting pummeled for the amount of money they were fishing for," Enmeier said. “They had been doing it for an extended period of time. You don't just put eight pounds of fish and fish fillets and stuff inside of a fish."

This tournament happened in Cleveland along Lake Erie. The teams had to bring back their six best walleyes for an almost $30,000 prize. The winners, Chase Cominsky and Jake Runyan, had a catch that looked more like heavyweights when they hit the scale.

Those fish didn't hit the gym or buffet, but they had some extra bulk.

"Eight pounds of weights in a few fish is a lot," Enemier said. “Just looking back on those guy's track record, they had been winning a bunch. Like an ungodly amount bunch (sic), and that puts up red flags."

Lead weights and fillets of other fish were stuffed into the team's winning catch. Enmeier said there isn't a way to backtrack and see if their past wins were truly earned.

In Oklahoma, tournaments even polygraph competitors to make sure their catch is an honest one.

"They have a lot of money invested,” Enmeier said. “They're on Lake Erie is (sic) where it happened, so that's a huge lake. They've got hundreds of gallons in fuel, probably one or two days of practice. Maybe motel rooms, hotel rooms, boat payments, truck payments. It all kind of comes together. If you're not cashing checks, you're losing.”