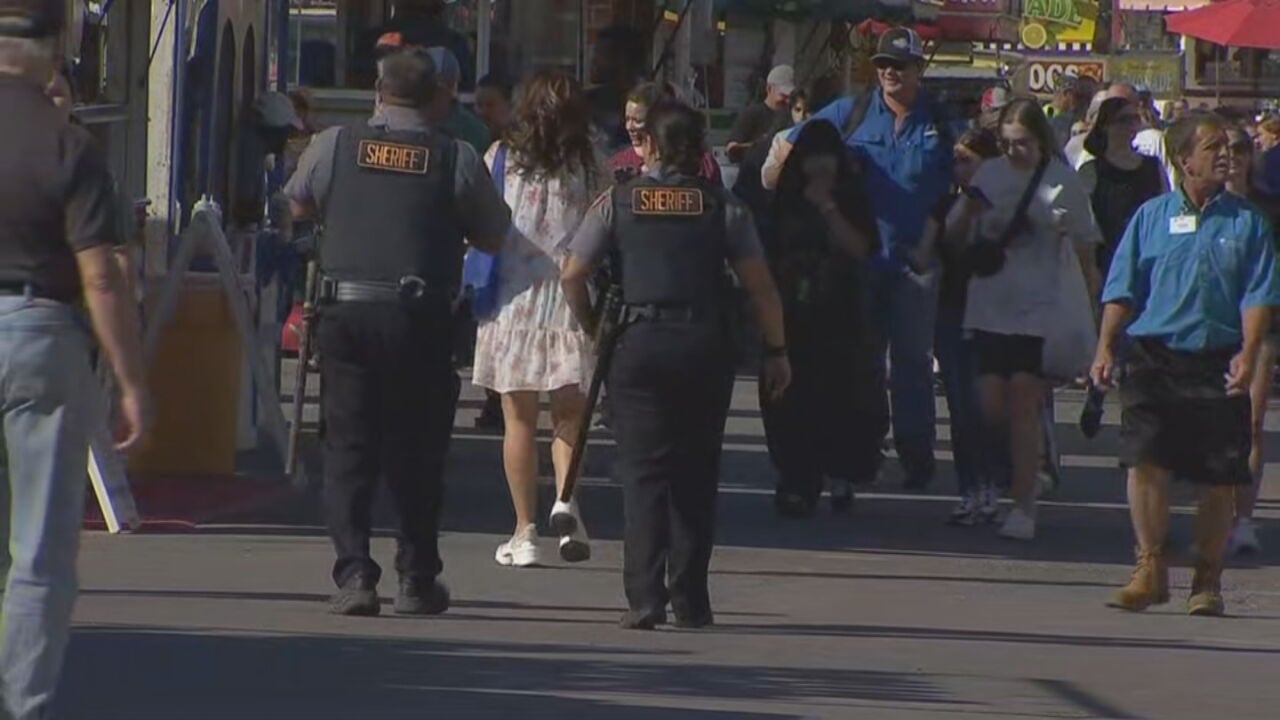 "It's getting out here with their friends without parental supervision and then quite frankly running amuck and acting foolish. They TikTok or they snapchat or they Instagram or Facebook or whatever social media it is in these challenges, so 110% I would encourage parents talk to your children about how to act out here," said Capt. Moore.

The Sheriff's Office said that despite false claims, there was not an active shooter at the fair on Friday.

Captain Mike Moore said there was no shooter on the midway, and deputies think the scare was caused by teens trying a social media trend.

"That was 100% unequivocally not true. We were right there with deputies to investigate the entire situation," said Capt. Mike Moore, TCSO.

Captain Moore said witnesses heard a person yell about a gun and shots being fired, but nobody they talked to actually heard a gunshot.

Moore said it was a hoax started by a group of teens doing a social media challenge.

"Unfortunately, this is a type of, I guess, social media challenge, whether it's taking place in a school or crowded, public area, where someone will yell they have a gun or someone got shot and then the group will be preplanned when someone yells that to take off running, which then in turn draws and panics people to do the same thing," said Capt. Moore.

"They're doing it because they want to cause a reaction," said Josh Lynch, Fairgoer.

Moore said the fairgrounds never went into lockdown and they arrested a 19-year-old.

"The individual did run from us and then resisted and obstructed our investigation into it. We were able to talk to him. He had some other items on him that were illegal to have here at the fair. No firearms. He was arrested on possession of marijuana, resisting arrest and obstruction," said Capt. Moore.

Fairgoers said this kind of behavior is unacceptable​.

"That's terrifying and to me it's like violating the First Amendment," said Melissa Filbert, Fairgoer. "There's a certain expectation when you're out in public, you can't cause a stampede that kills people."

Moore also addressed concerns about a video of deputies arresting a 17-year-old. "He was very, very belligerent with our deputies, using several racial slurs and vulgar language toward our deputies," said Capt. Moore.

Deputies said the teen was drunk and tried to run.

Captain Moore said they have reviewed the video and said the deputies who arrested the 17-year-old did what they were taught to do.