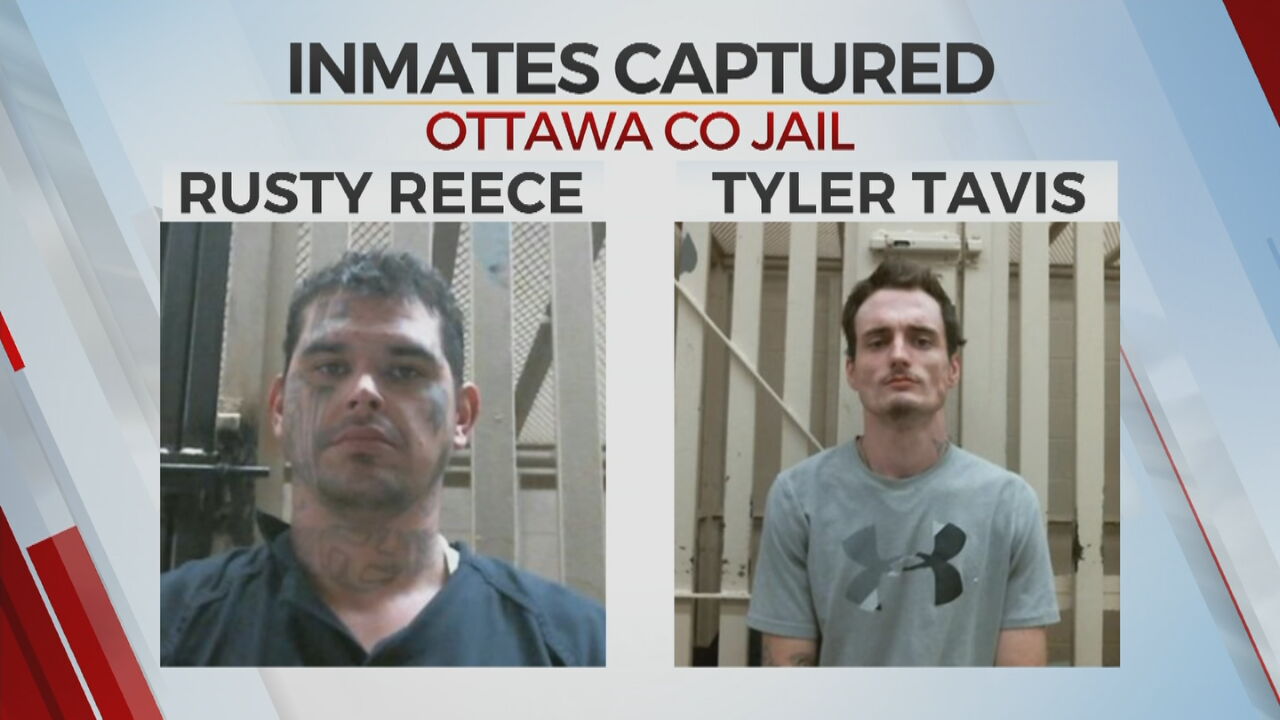 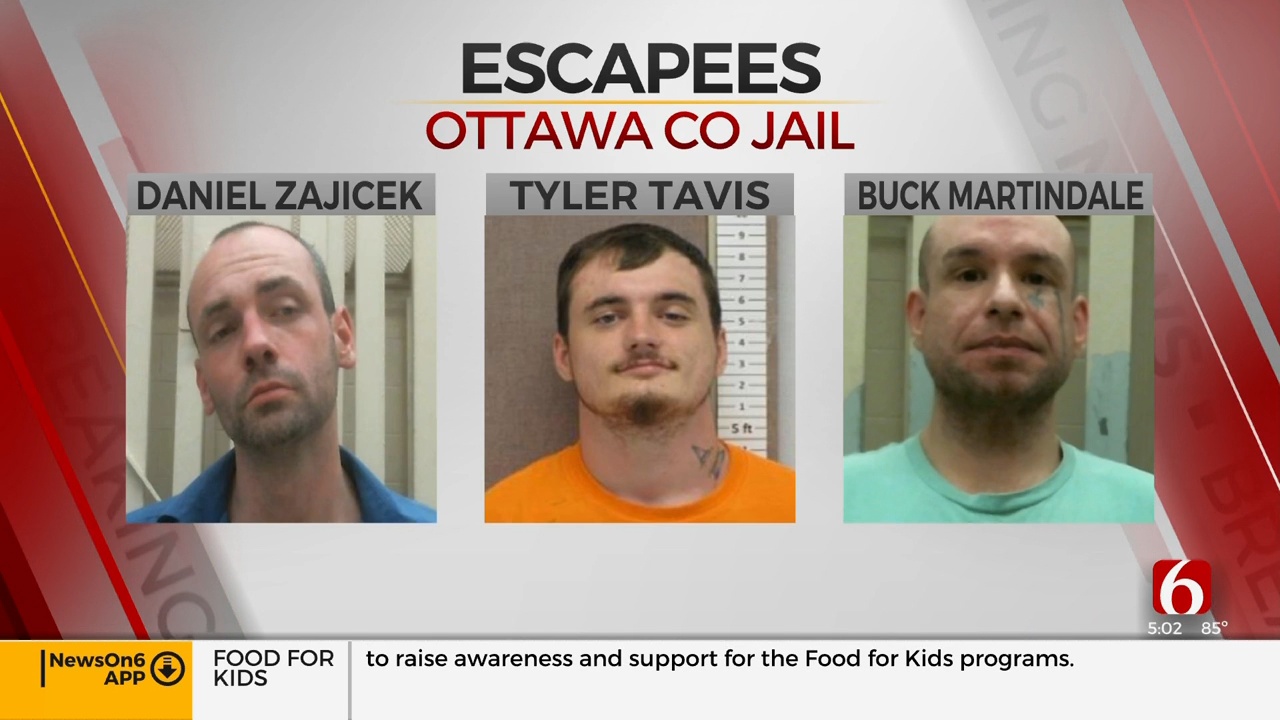 A second escaped inmate is back in custody according to the Ottawa County Jail.

According to the jail's website, Tyler Tavis was arrested after escaping from the Ottawa County Jail on Tuesday evening.

Currently, deputies are still searching for two other escapees.

Three inmates are not accounted for after they escaped on foot from the Ottawa County jail on Tuesday, Ottawa County Sheriff's Office confirmed.

The four inmates escaped after a door was left open while an inmate without connection to the escapees was working with contractors, OCSO said.

Before running out of the jail, one of the four inmates was captured by an Ottawa County Detective and returned to the jail, OCSO said.

The inmate that was caught is Rusty Reece and he is being charged with escape, OCSO said.

OCSO urged anyone with information about their location to contact 911.

Daniel's charges include burglary in the third degree, possession of a controlled substance, aggravated assault and battery and more.

Buck's charges include assault and battery with a dangerous weapon, public intoxication and obstructing an officer.

Tyler's charges include two counts of aggravated assault and battery, larceny of a motor vehicle and possession of paraphernalia.

Rusty's charges include three counts of assault with a deadly weapon, aggravated assault and battery and more.