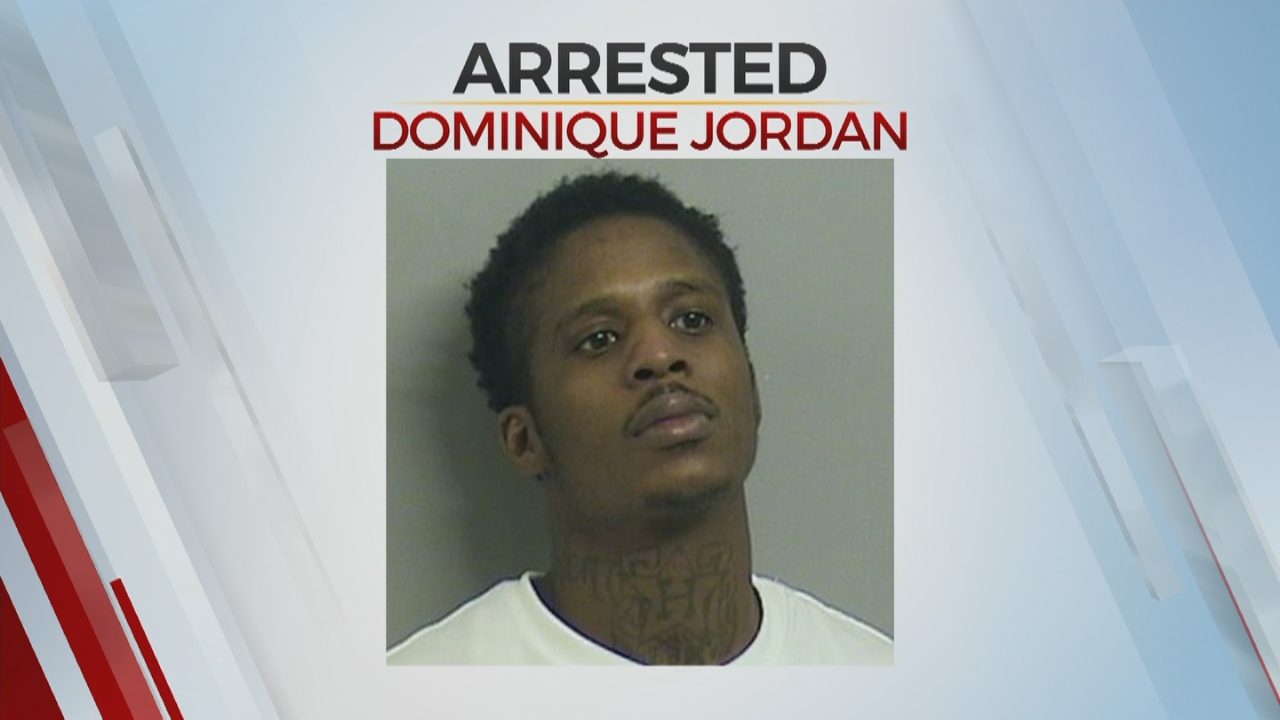 Tulsa Police say a robbery at a Promenade Mall store led to the arrest of a man who is also wanted for murder.

Investigators say Dominique Jordan, Dorian Jordan, and Raven Moya walked into the Hibbets inside of Promenade Mall near 41st and Yale and stole thousands of dollars worth of clothes. A store employee was able to give officers a description of the trio’s car.

Police say they were able to find the suspects at a hotel near I-44 and Yale. All three were arrested.

“One of the clerks tried to stop them,” said Lt. Justin Ritter, Tulsa Police. “One of the females brandished a knife, and made a threatening comment, so at that point, it became a robbery.”

Investigators say the knife and $4,500 worth of clothing were found in the room.

“We were able to return that back to the store it was taken from,” said Lt. Ritter.

Police say Dominique Jordan had been charged with the murder of 17-year-old Corlin Jones and had a warrant for his arrest. Jones was shot outside of a hookah lounge near Admiral and Lewis in May.

Dominique Jordan is in jail on a more than $1 million bond.