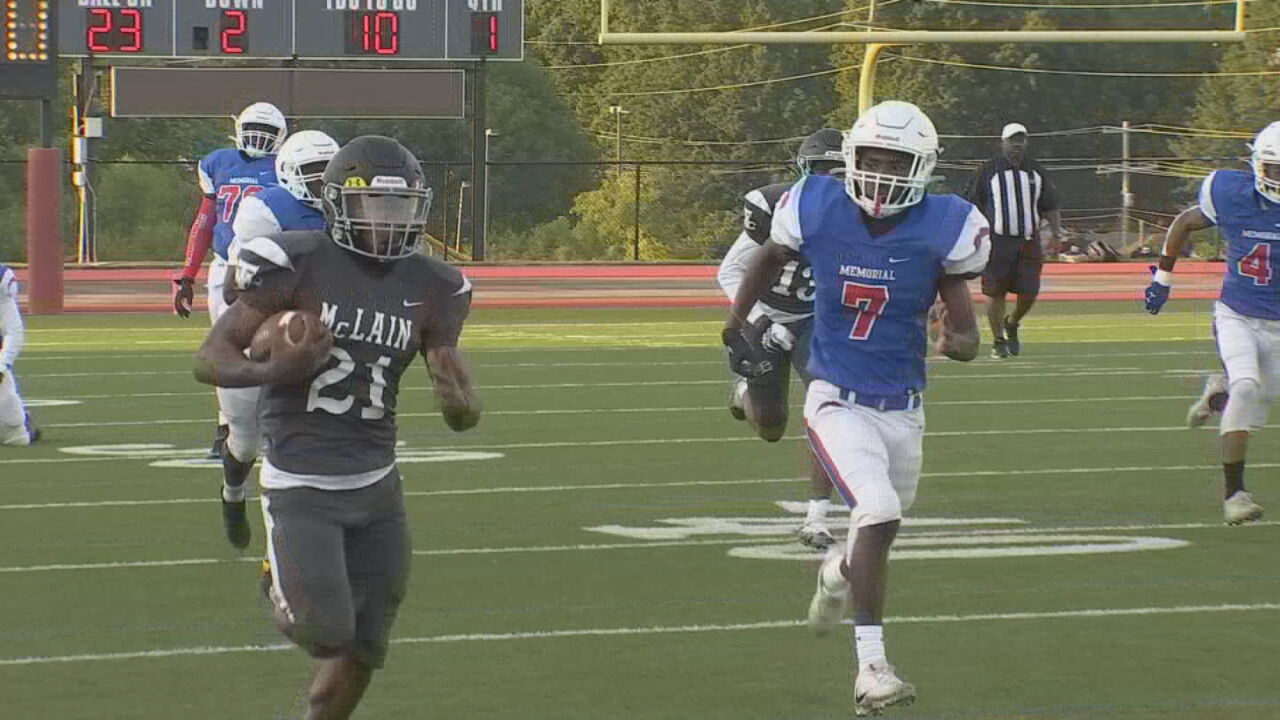 Tulsa Public Schools announced it will have more security at every football game, in response to the deadly shooting after McLain's home game last Friday.

The district said in order to do this, it will need to make big changes to its football schedule going forward.

“Friday Night Lights" will be a thing of the past for some students and fans, depending on when games are scheduled with the new staggered system.

Beginning this week, the district said football games could be spread out between Thursdays, Fridays and Saturdays.

The district said the goal is to free up security staff, so more officers can be at each game.

TPS said last Friday it was hosting five football games, and by the end of the night there were six security guards at McLain's stadium.

In a news conference Tuesday, Superintendent Dr. Deborah Gist shared 17-year-old Terron Yarbrough, who was shot and killed after the game, was a quick learner, an AP student, and had a job in the construction industry.

“He was loved. And he was treasured. And he had an incredible future ahead of him,” Gist said. “And his passing is an immeasurable loss for those for those who loved him. It’s a loss for all of us who didn’t know him also.”

She also addressed the game against Cleveland that was scheduled for this Friday, saying TPS tried to make it work.

“We did offer alternative locations, times, so forth and they chose to forfeit,” she said.

While Miami and Cleveland public schools are backing away from TPS, Gist said other districts have extended invitations.

“We also very specifically received offers for our students to come and play in their communities. And that was, that made up all the difference for anything otherwise that people chose to say in an uninformed way about our kids,” Gist said.

Another 17-year-old student who was shot is still in the hospital. Gist he is expected to survive but is dealing with "challenging injuries."

TPS said classes will resume at McLain on Thursday, with more adults in the building than usual.