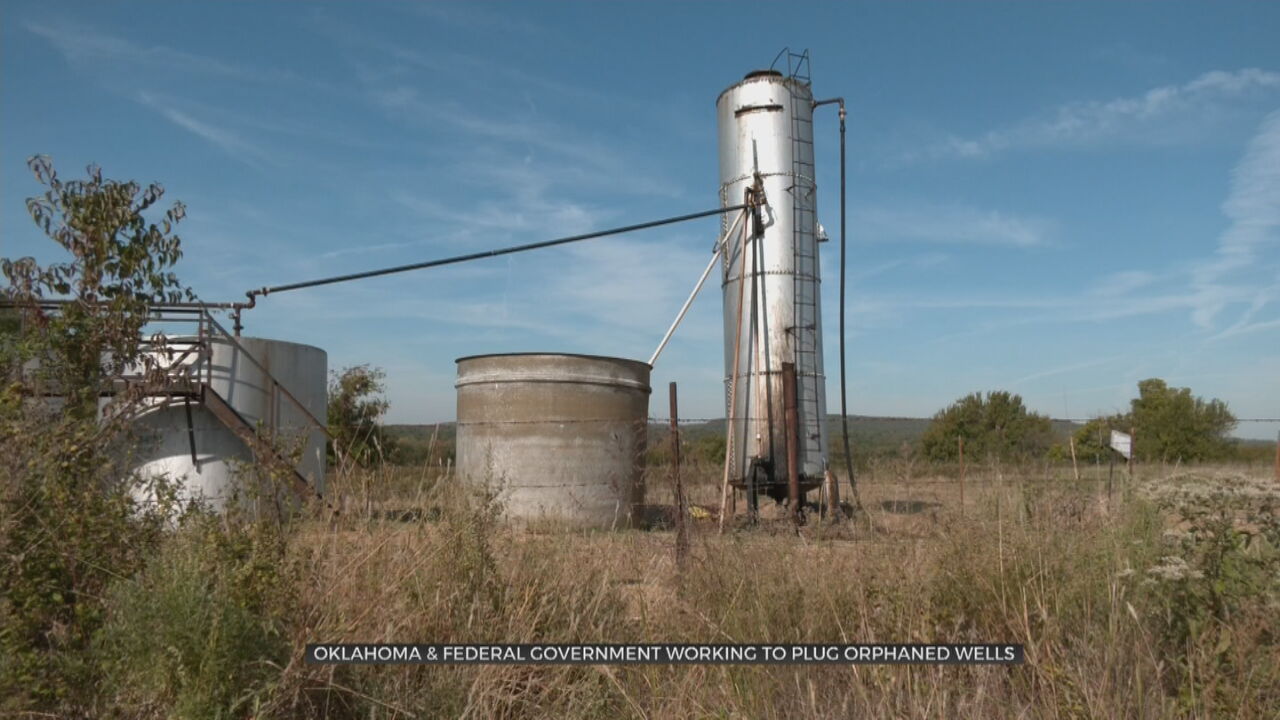 The federal government and the state of Oklahoma are taking steps to plug orphaned wells across the state. Orphaned wells are oil wells that no longer extract fossil fuels and don't have an operator.

The reason these orphaned wells may no longer have an operator could be for a variety of reasons: bankruptcy, the company that owns and operated the well dissolved, or the operator simply walked away from the well.

Oklahoma has thousands of unplugged orphaned wells, both documented and undocumented, across the state. The federal government has allocated roughly $25 million in funds to help Oklahoma plug some of those wells.

While unplugged wells may not pose any issues, but Staci Taruscio, president of the non-profit Fellow Environmental Partners, said there is a possibility that the well's valves could start leaking.

"We don't really know how often that happens, and we don't really know when it happens, how big those leaks are. The data just simply isn't there, and that's a big part of the federal grant money is to go out and measure some of these wells, really figure out what's the scale of this problem, what do we need to be doing about it," Taruscio said.

Some of the concerns with unplugged wells are that they could leak methane into the air or even oil into the soil and groundwater.

"You have to have a workover rig and workover rig company come in to do this work, and you know as oil and gas sort of cycles through this boom or bust, these guys have a hard time staying in business across the cycles. So, there just aren't enough service providers out there to plug 1,000 wells in a year," Taruscio said.

If you are aware of any unplugged orphaned wells, you can reach out to the Oklahoma Corporation Commission.