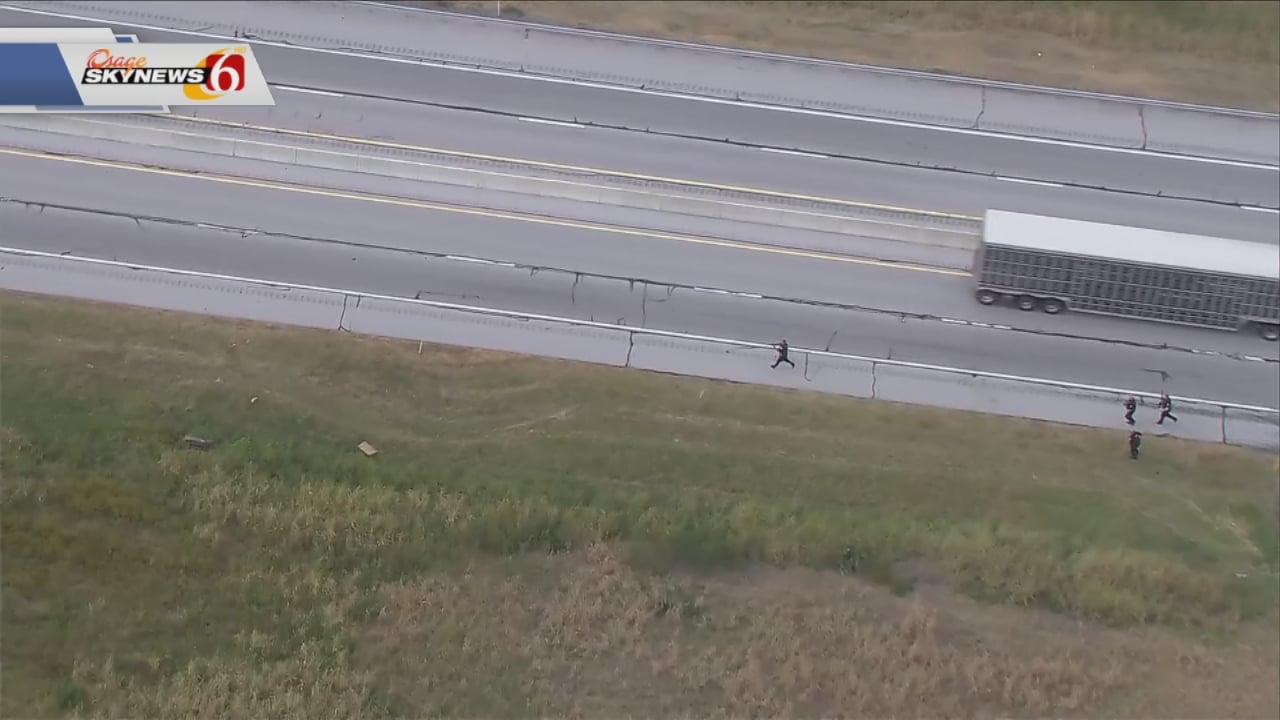 New details have been released about the man police said walked out of a Claremore hospital against medical advice.

Police said Bobby Johnston broke into homes, stole a car, and ran from officers before being shot and killed by law enforcement. People said they were shocked all this happened in her normally calm neighborhood, and police said it was a miracle nobody was hurt.

Brenda Jackson lives in Claremore and saw lots of police officers in her neighborhood Wednesday while she was putting up Halloween decorations.

“I said hey, is something wrong?" Jackson said. "And he said, 'if you see anybody in scrubs, call us.'”

Jackson went to pick up her granddaughter from school after it was put on lockdown and she knew something was going on.

About a street over from her, Claremore police said Johnston kicked open doors and broke into two homes. He had just left a hospital after being taken there from the Mayes County Jail.

“We get another call shortly after where a witness observed him do a home invasion where he kicked in the door of a house," said Burnett. "He confronted a female who lives in the home and demanded her cell phone and car keys which thankfully she did give those up.”

Johnston drove off in that car and ran from the police. He crashed near I-44 and ran into some trees and when he came out, our cameras captured Johnston coming toward police with something in his hands that resembled a gun.

“You have to make such a quick split-second decision on what the officer sees and feels and that is tough," said Burnett.

OSBI is investigating and will submit its report to prosecutors.

“These situations are awful all the way around," said Brook Arbeitman with OSBI. "Nobody went to work yesterday expecting their day to end like it did but the public needs to be patient.”

The officers and deputy are on administrative leave. OSBI is still investigating what may have been in Johnston's hands.

Statement from Hillcrest Claremore: "Due to privacy laws, we are unable to comment on any individual’s care. We are aware of this incident and will cooperate with law enforcement agencies as they investigate this matter."