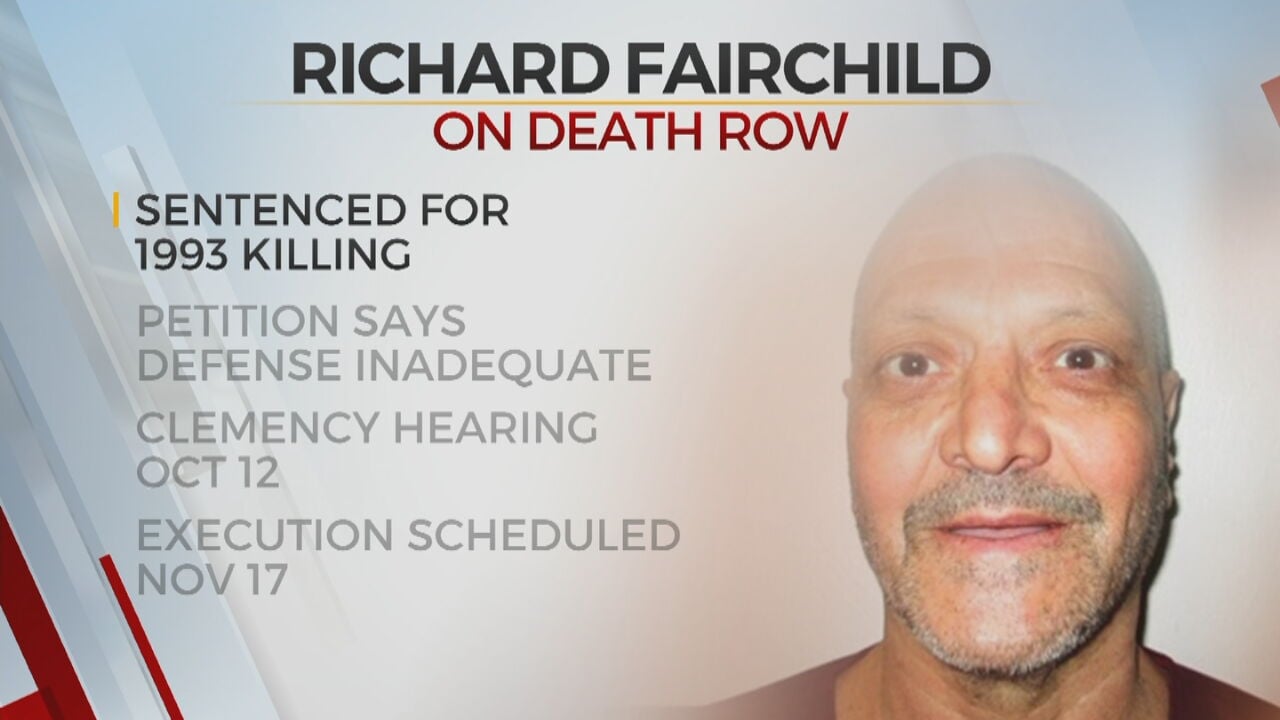 The Oklahoma Coalition to Abolish the Death Penalty is holding a press conference at the State Capitol on Friday, calling for mercy for death row prisoner Richard Fairchild.

Fairchild was sentenced to death for beating his girlfriend's three-year-old son to death in Del City in 1993.

The clemency petition argues that Fairchild did not receive effective legal representation during his trial and the appellate attorney does not have the resources to conduct a thorough review of his case.

Fairchild has a clemency hearing scheduled on Wednesday, October 12 and is scheduled to be executed on November 17th.