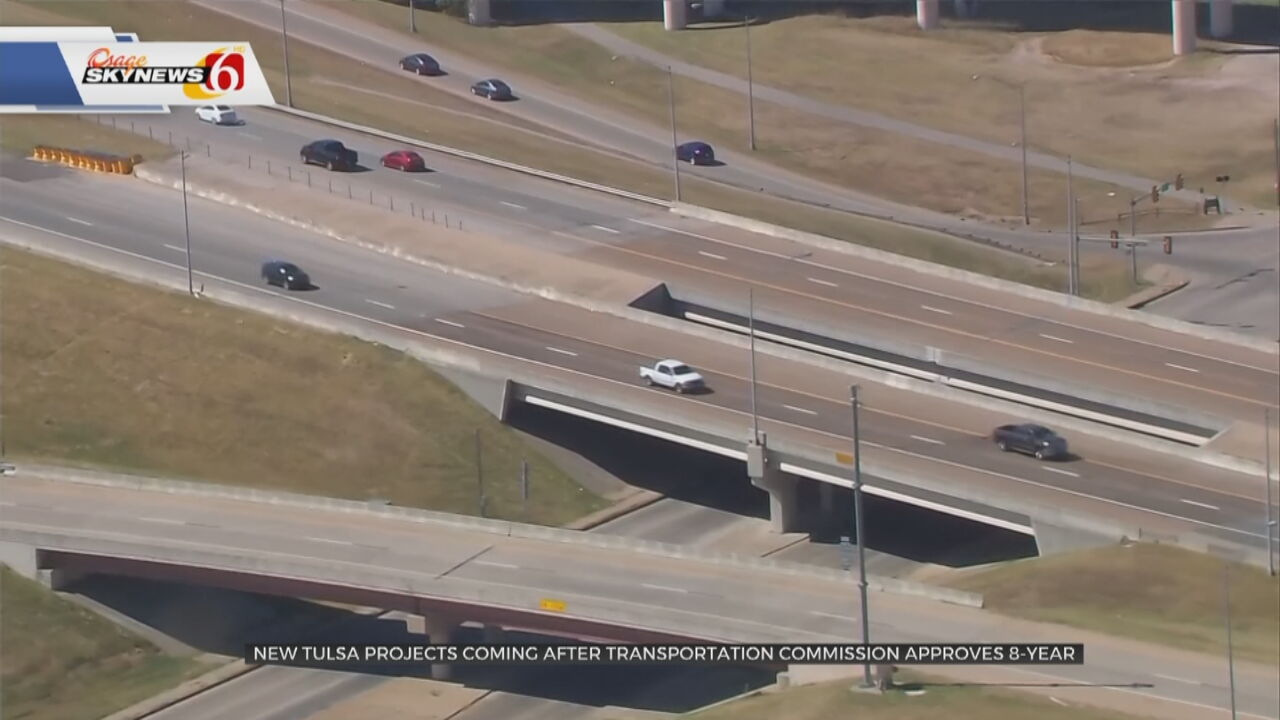 There are over 1,700 projects included in the current plan which will cost an estimated $8.4 billion. In Tulsa, there are a couple of projects to keep an eye on.

"We’ve got several projects that were added to the most recent plan. That includes widening 169, the southernmost portion of that from Memorial Drive and where it meets the creek turnpike up to around 91st Street, and that’s the last part of that southern section of 169 that hasn’t been widened to six lanes," Gerlach said.

Further north, Highway 75 will also undergo construction. There will be interchange improvements at several different intersections along the highway.

"We're doing interchange improvements on 75 in the Owasso, Collinsville area so that’s I believe 96th, 106th, and 126th. What those projects will do is ultimately eliminate the at grade or the actual cross streets at those intersections on US-75 to make them all actual interchanges with ramps," Gerlach said.

These two projects will cost an estimated $41.5 million; however, these projects likely won't begin until 2030. This eight-year plan is updated every year which allows ODOT to constantly look at what improvements are needed and to get construction scheduled.