'It Is So Unusual:' Okmulgee Police Continue Search For 4 Missing Men 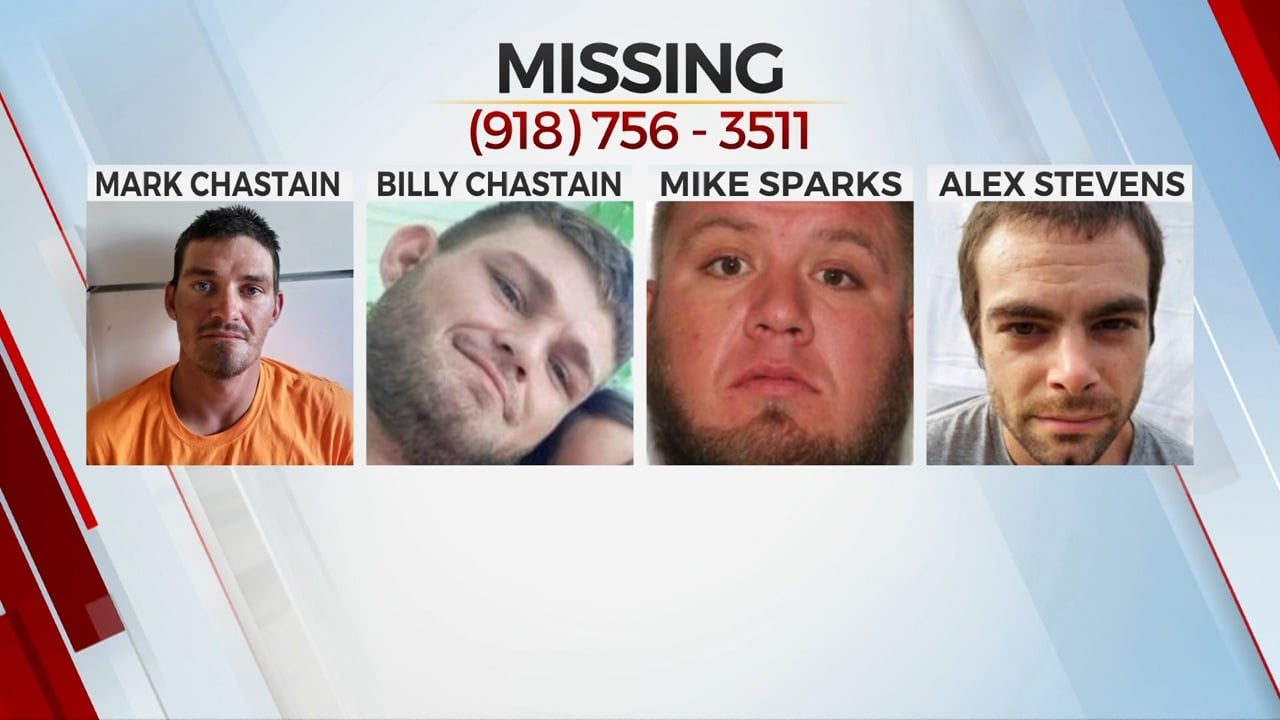 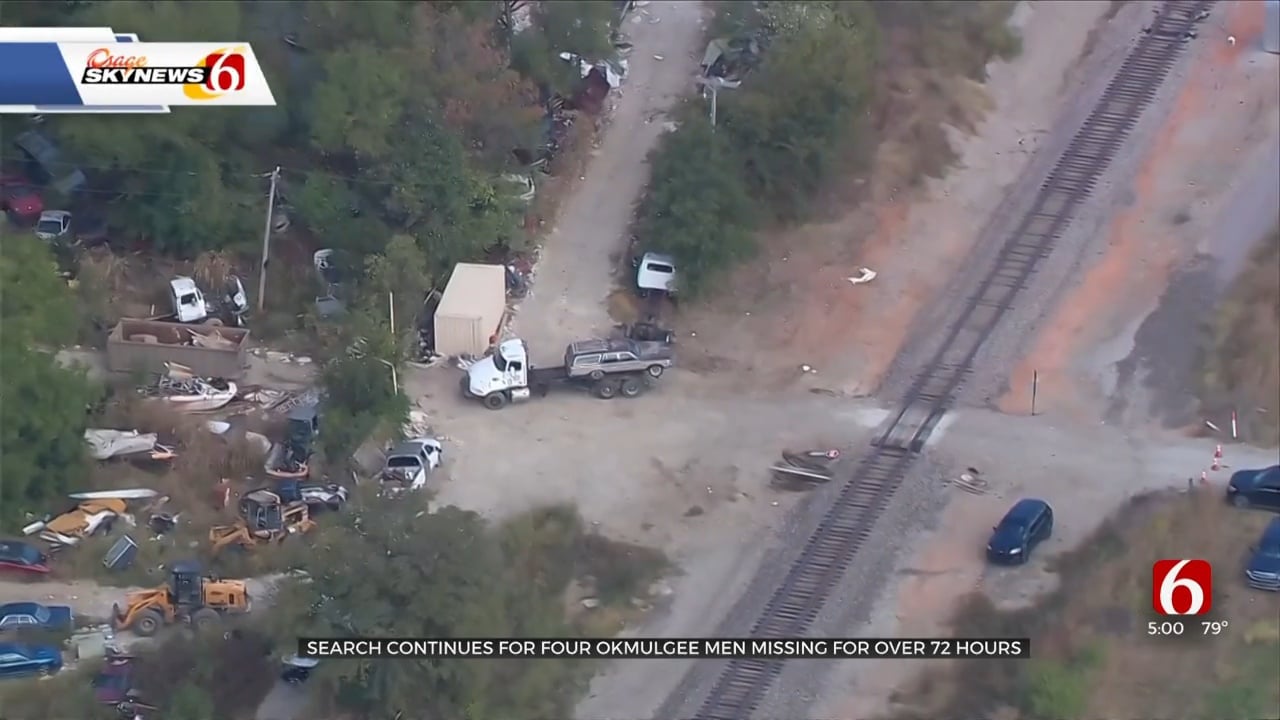 Search Continues For 4 Okmulgee Men Missing For Over 72 Hours

Okmulgee police are searching for four missing men who were last seen by family on Sunday.

Police say they've had a few reported sightings of the men but cannot confirm if any of them were legitimate.

Investigators are searching at a salvage yard between Okmulgee and Schulter on Wednesday. They say this is an area where they last got a GPS location ping from one of the men's cell phones.

“I can’t make sense of the actual set of circumstances because it is so unusual," Chief Joe Prentice said.

Police Chief Joe Prentice says this is the first time in his law enforcement career that four adult men have gone missing at the same time. “At this point, the evidence tells me I have four missing adults, I have no evidence there’s any violence involved at this point, we always consider that a possibility in any missing persons case and we’re not discounting that possibility, but not persons of interest," Prentice said.

Prentice says they are following leads based on the GPS tracker, possible reported sightings and talking to family.

He says the families of the men say this is not like them.

“We depend on family to give us that type of information, we don’t have any evidence to indicate there’s any reason he would be gone for an extended period of time, she, in fact, told us this is extremely out of character and he would not be gone this long," he said.

Prentice says if anyone knows anything at all, they need to come forward.

"If they aren’t sure, I would rather run it out and find out it was not relevant than to not know About it," he said.

Anyone with information is asked to call the Okmulgee Police Department.

'It Is So Unusual:' Okmulgee Police Continue Search For 4 Missing Men