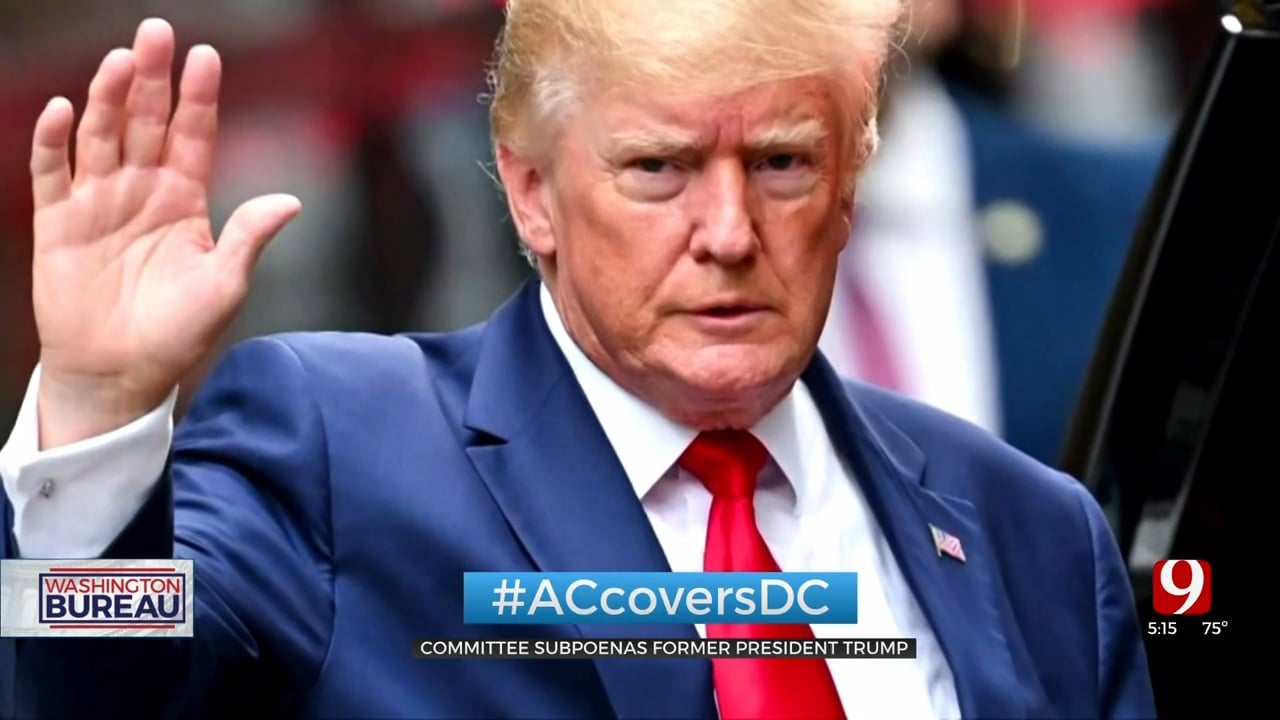 In one final plot twist, the House panel investigating the Jan. 6 attack on the U.S. Capitol Thursday voted to subpoena former President Donald Trump, the man they say, "set this all in motion."

The unanimous vote came at the end of what most expected to be the last meeting of the select committee before it issues a final report, likely, in December.

Each member of the committee spoke Thursday, combining to provide a summary of the group’s findings, gathered over about a year and a half of investigation and interviews.

There was also new evidence: never-before-seen video showing congressional leaders -- Democrats and Republicans -- in a secure location frantically making phone calls and trying to get the riot under control. This while President Trump, who was watching the violent confrontation on TV, ignored repeated pleas to tell the mob to stand down.

Secret Service communications recently obtained by the committee also showed there was prior knowledge — as far as a week in advance — that Trump's supporters would assault the Capitol on Jan. 6, 2021.

The chair of the committee, Mississippi Congressman Bennie Thompson, said the evidence clearly shows that former President Trump was fully aware that he'd lost the 2020 election, and yet still attempted to unlawfully remain in office.

“In a staggering betrayal of his oath,” said Rep. Thompson (D-MS). “Donald Trump attempted a plan that led to an attack on a pillar of our democracy.”

Republican Vice Chair Liz Cheney called on the committee to issue a subpoena for relevant documents and testimony under oath from Trump.

“We are obligated to seek answers from the man who set this all in motion,” said Cheney (R-WY), “and every American is entitled to those answers so we can act now to protect our republic.”

The resolution was approved unanimously.