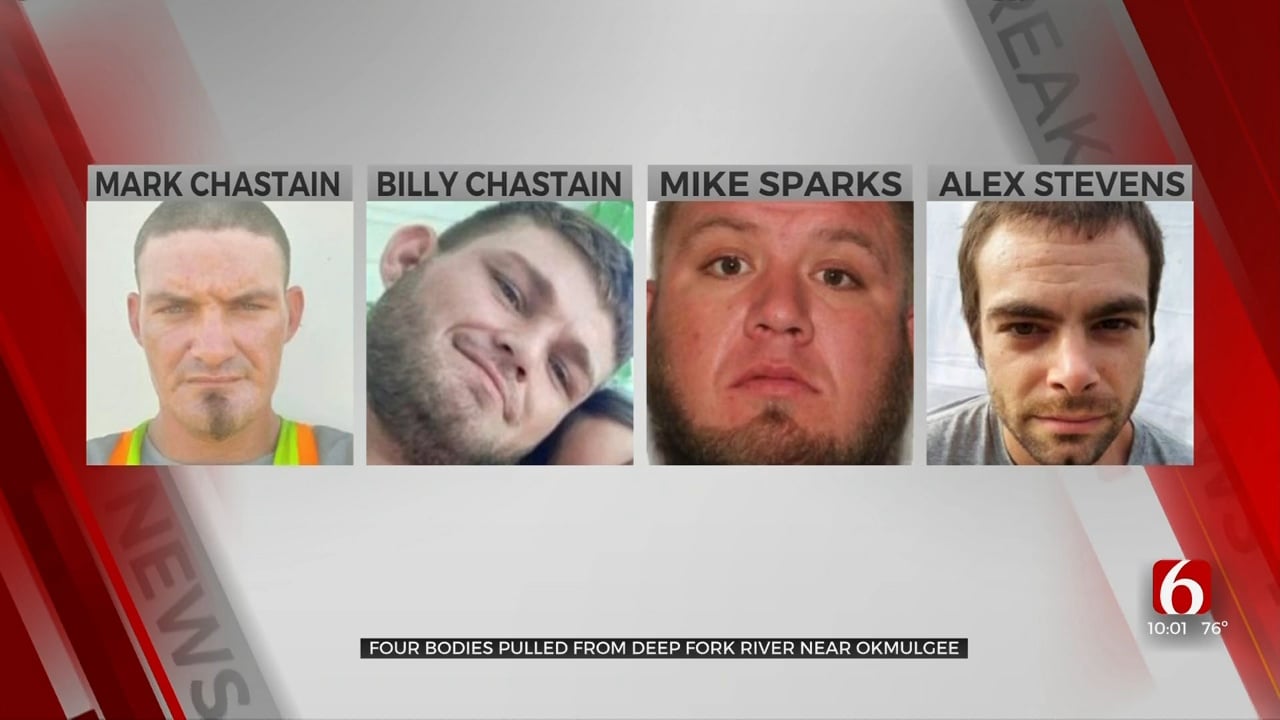 Several agencies responded and said the remains were a maximum of 75 yards apart, near a bridge.

The District 25 Violent Crime Task Force is leading the investigation with the help of Okmulgee Police, the sheriff’s office, as well as the DAs office, officers from Lighthorse Police, OSBI, and the ME.

A family friend of three of the men stopped by the scene Friday afternoon in utter disbelief. Even though the remains haven’t been positively identified yet, friends said they are assuming the worst.

“I just feel sorry for them. That’s all. They’re gonna be missed. They will be missed,” said Bennie Harjo, Family Friend.

Police said multiple human remains were found partially submerged in the Deep Fork River just southwest of Okmulgee. Someone spotted them and called it into police earlier Friday afternoon.

“They were good kids. You know they wasn’t perfect. I don’t think any of us were, but I don’t think they deserve this. Not like this,” said Harjo.

Harjo can’t help but jump to the worst conclusion; that the remains are his friends, who went missing Sunday evening.

“I felt that it was like, it hurt, and my eyes are watering because I can’t believe he’s gone,” said Harjo.

“I’d like to say it means rest, but I think that’s gonna be a while,” said Chief Joe Prentice, Okmulgee Police Department.

Officers said no one had seen or heard from Mark Chastain, his brother Billy, Alex Stephens and Mike Sparks since Sunday night.

“All the information we had up to this point indicated that our missing men based on telephone data had gone east leaving town and then ultimately south on 75. This is in the opposite direction. So, no, we never considered this as a search area,” said Chief Prentice.

Police said based on phone records, Mark Chastain was last spoken to around 5 p.m. Sunday evening and then he and the others all left a home near West 6th Street.

“We’re not giving up. If these are your loved ones all we are doing is switching focus and we are gonna work just as hard to find out what happened to them as we did trying to find them,” said Prentice.

Chief Joe Prentice said he has a message for those responsible. “I’ll tell ‘em when I see ‘em,” said Prentice.