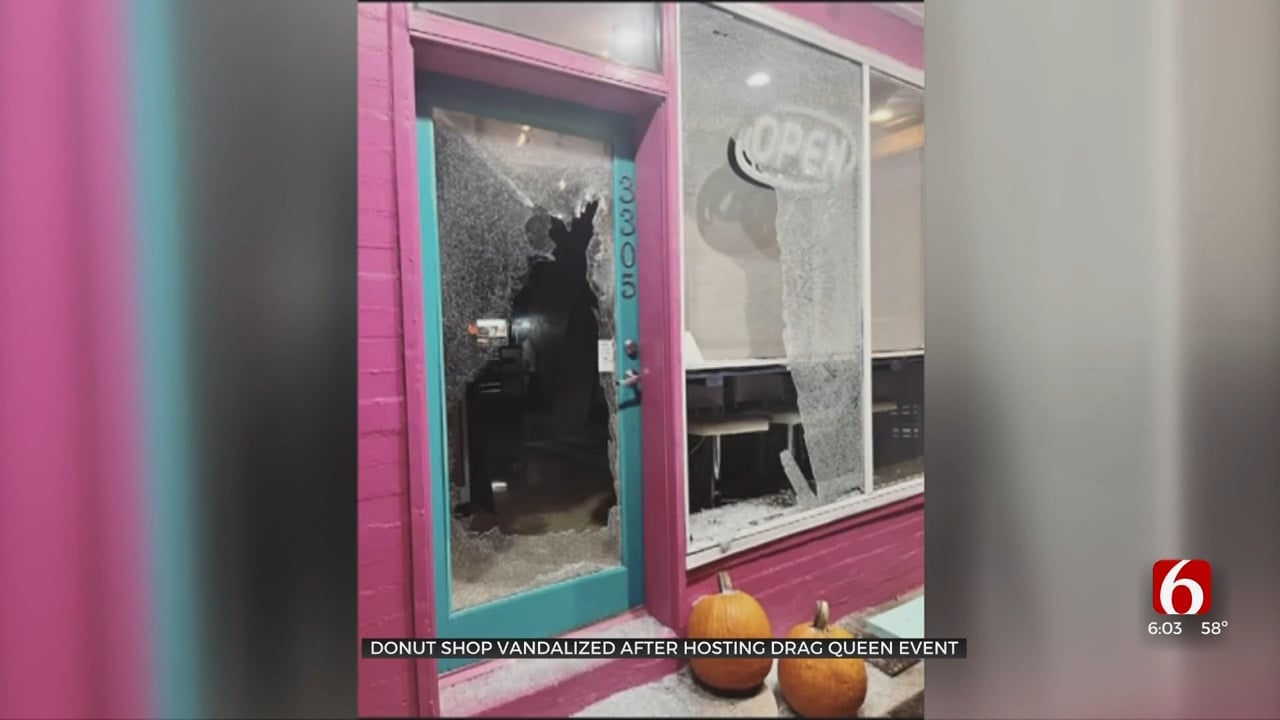 The Donut Hole is closed on Mondays, but the owners were here cleaning up their shop and waiting to see just how much repairs will cost.

"Saturday night we had the privilege of hosting Daniel Gulick’s queens dirty dozen concept, which was a donut shop ran by drag queens," Hunter said.

Brian Hunter is one of the owners of The Donut Hole. He said the event was a hit with customers, with about 500 people showing up and a line around the block.

"Everybody really seemed to enjoy the show, the concept, and the idea," Hunter said.

Hunter said the store was selling donuts, artwork, and merchandise with the queens on Saturday.

"We shut down, came in the next morning and realized it wasn't received very well by everybody. Our front windows were smashed, and a couple of things were missing," Hunter said.

Hunter believes this happened because of this weekend's event. He said the community stepped in to support the store immediately.

"We started cleaning, the community really thankfully got behind us within an hour some of our neighbors were here helping us board up the windows," Hunter said.

On Sunday, regular customers who hadn't heard about what happened even jumped in to help paint the boards on the windows to match the shop.

A GoFundMe that was set up to pay for the repairs has already raised more than $7,000.

Hunter said he's encouraged by the quick action of the community after this setback.

Owners hope to have the shop back up and running by this weekend. They said they plan on donating the extra money to the Neil Equality Center.