Person Of Interest In Okmulgee Quadruple Murder Investigation In Custody 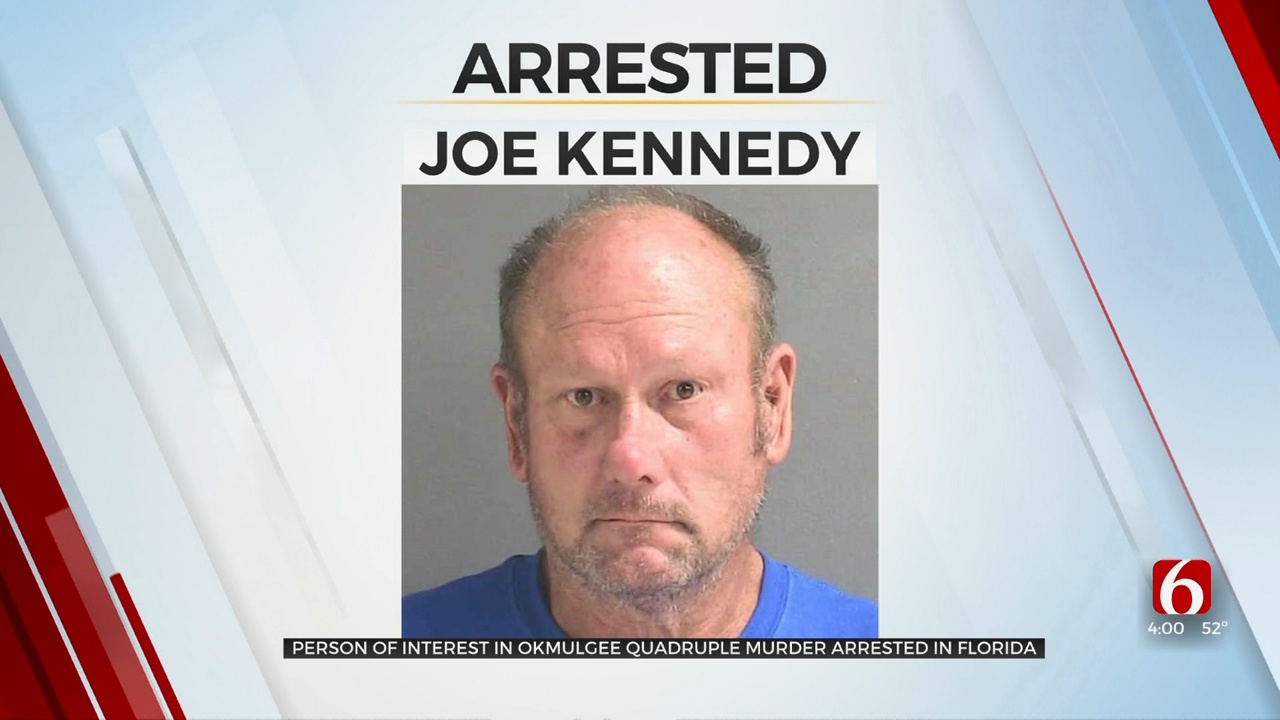 Person Of Interest In Okmulgee Quadruple Murder Arrested In Florida 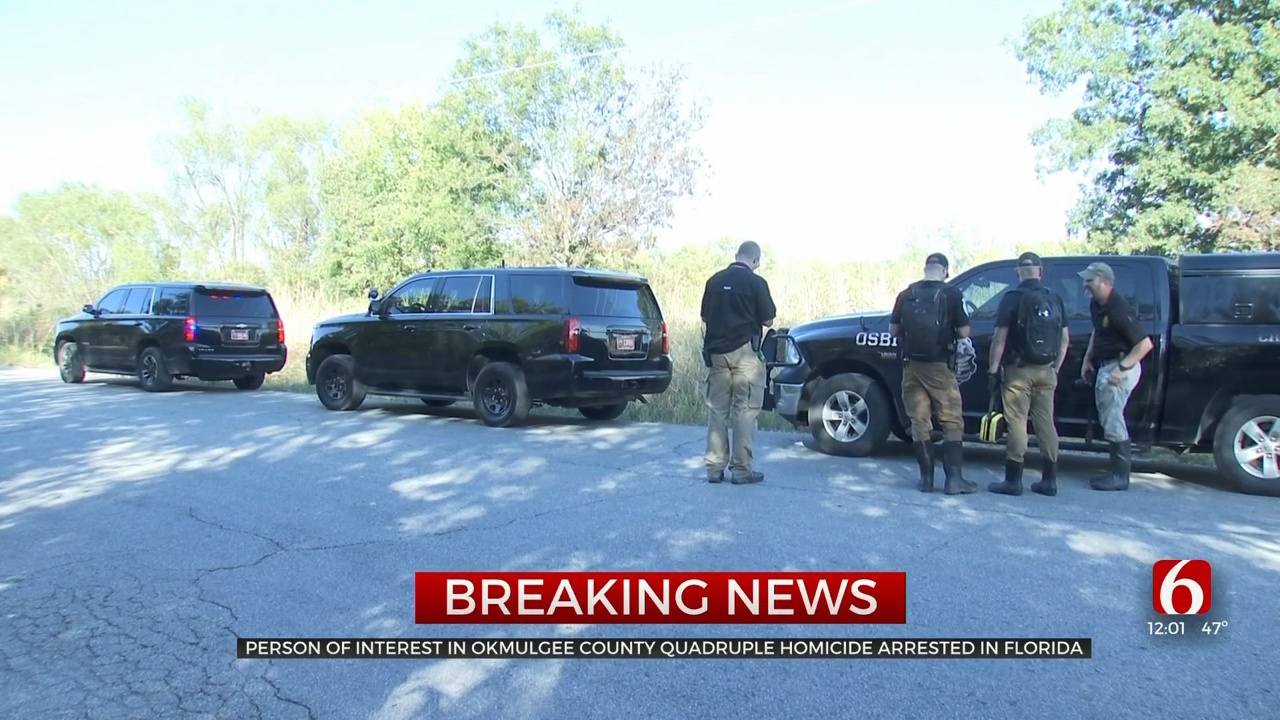 Person Of Interest In Okmulgee Investigation In Custody, Police Say 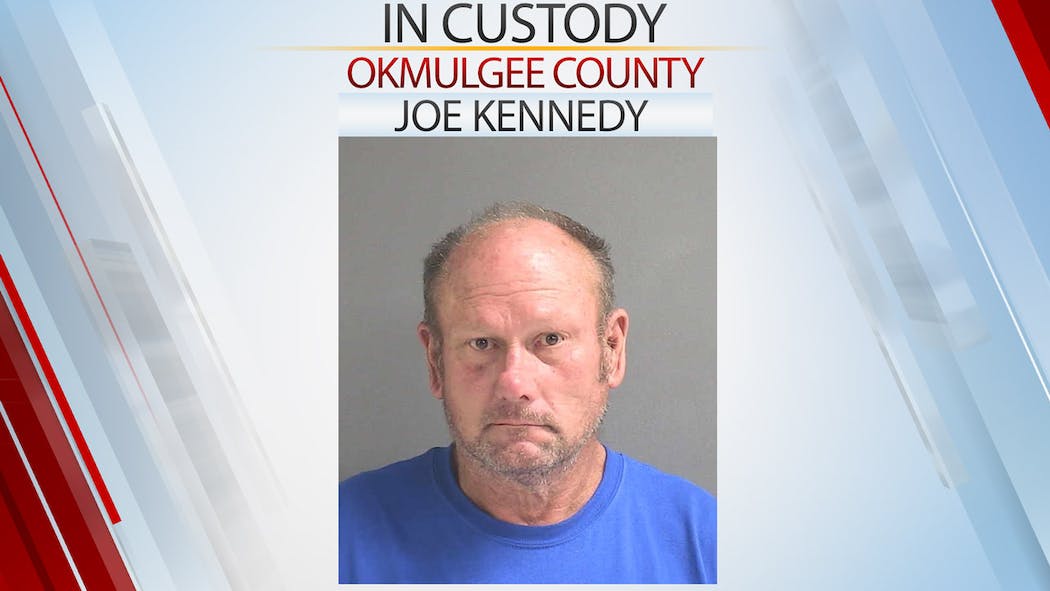 Authorities say the person of interest in the Okmulgee quadruple murder investigation has been arrested in Florida.

Police say the vehicle Kennedy was driving was reported stolen to the Okmulgee County Sheriff's Office on Oct. 17th.

The District Attorney and sheriff are in the process of bringing Kennedy back to Okmulgee County, the chief said Tuesday.

Kennedy also has been issued a warrant for his arrest in the Okmulgee County District Court for violating the terms of a 10-year differed sentence he is currently serving. Prentice said the bond for that warrant is $500,000

Authorities announced Monday that the remains of four missing men in Okmulgee were found dismembered in the Deep Fork River with evidence of gunshot wounds.

Prentice says they searched Kennedy's salvage yard last week and didn't find any evidence, but they did find blood at a property nearby-- so police want to talk to him.

That sentence is in connection with a 2012 shooting at his salvage yard, where he shot a man who broke into his business with five other people.

Police said they are still piecing together exactly what the four men had planned and what led to their deaths.

Kennedy was also charged in 1998 in Okmulgee County with attempting to receive stolen property.

Person Of Interest In Okmulgee Quadruple Murder Investigation In Custody