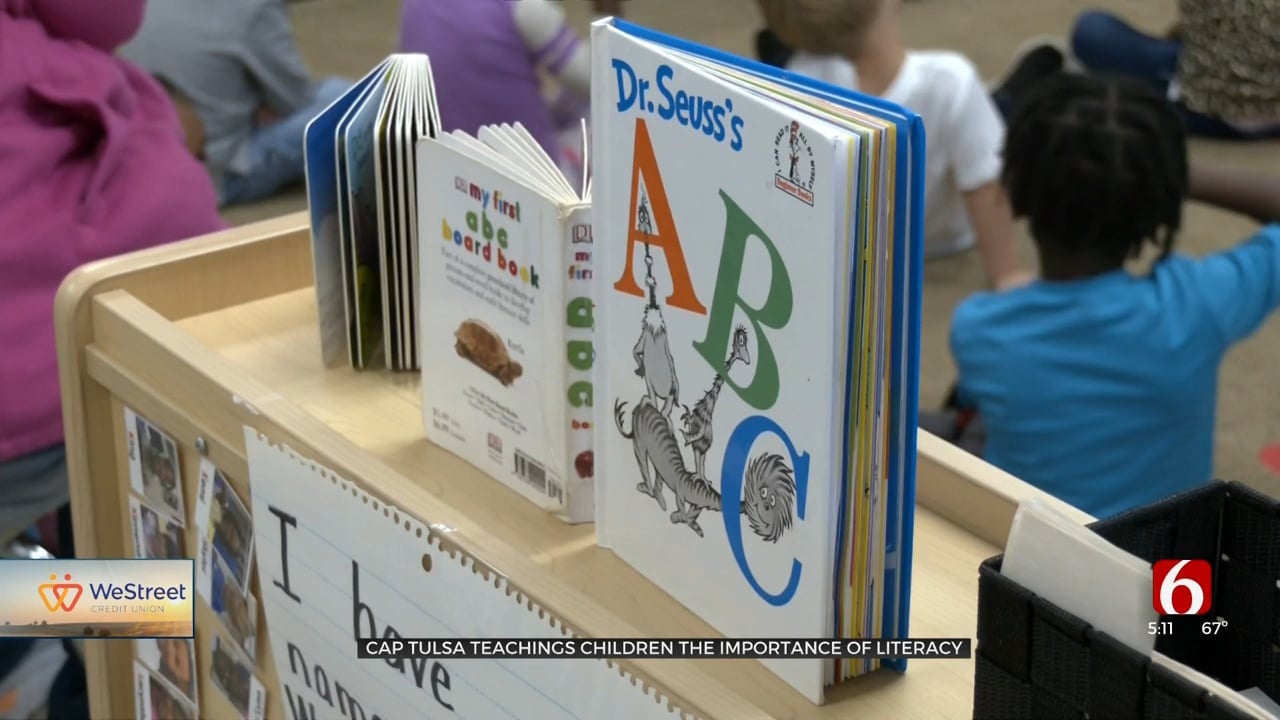 Green Country children joined millions of kids and adults around the world and read the same book on the same day. It’s all part of the Read for the Record event, to raise awareness about the importance of literacy in young children.

Special guests from around Green Country came to their classrooms to read “Nigel and The Moon.”

The story is about a young boy who likes to dream big about his future. After reading the book, these kids shared what they would like to be when they grow up.

"The earlier that we can make these investments in young children to promote literacy and promote early language development will set them up for reading success later on,” Karen Kiely, Executive Director of CAP Tulsa, said.

Kiely has served as the executive director of CAP Tulsa for fourteen years. After national test scores just released this week showed more Oklahoma kids are struggling with reading, Kiely said they're trying to correct and combat this by encouraging parents to produce fun ways to read at home.

"The most important message that we are trying to convey is how important it is to read to young children, how important it is for their language development, from really birth onward and we are encouraging parents to read fifteen minutes a day to their children at a minimum,” Kiely said.

She said basic literacy skills can be taught by anyone.

Kiely hopes they will hold more events like this in the future.