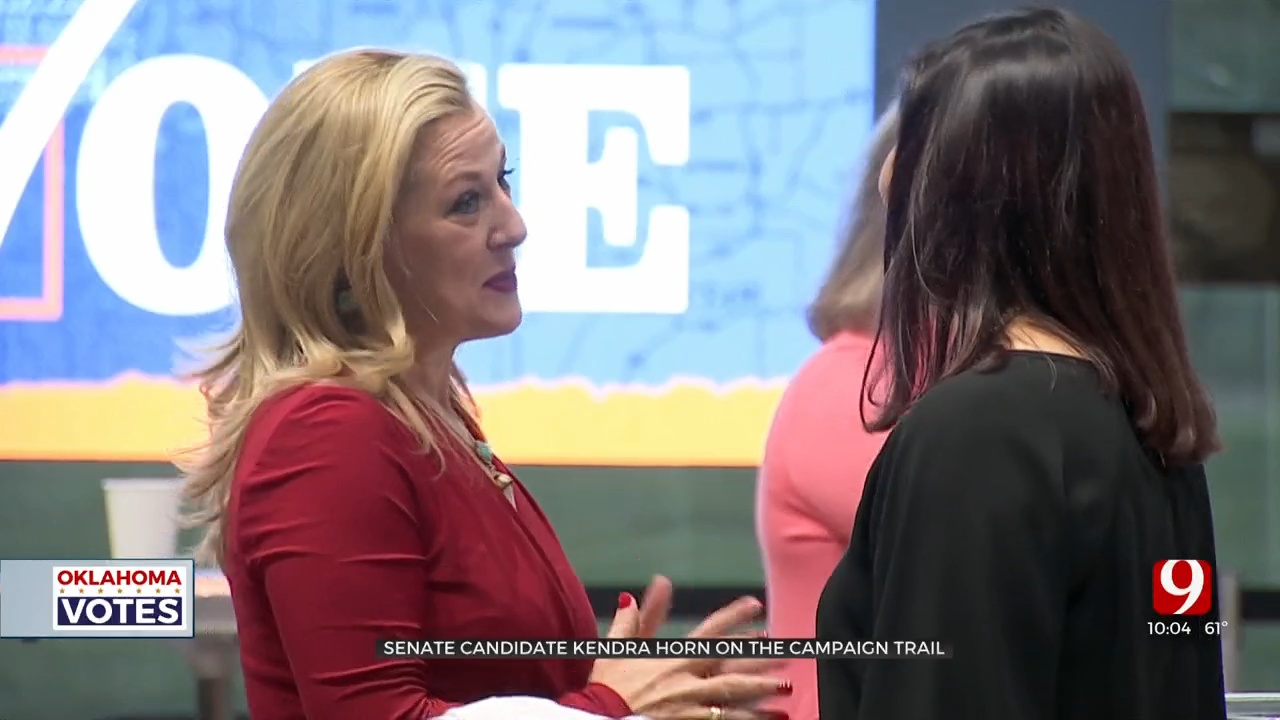 In just under two weeks, Oklahomans will decide who will fill the Senate seat being vacated by Jim Inhofe after almost 30 years.

It's been a busy week on the campaign trail for both candidates. Markwayne Mullin traveled to Oklahoma City and then Tulsa to speak to voters on Wednesday.

His opponent, taking the stage Thursday evening at the First Americans Museum.

“It’s really exciting, it is the coming together of the tribes from across the state and we are going to see speakers running for different offices, but I think it’s really important to show who shows up,” said Former Congresswoman Kendra Horn.

Tribal citizens gathered at the Museum to listen to candidates vying for office.

“That is another piece of the message tonight is I’m going to show up just like I did when I was in congress. I am going to show up and listen to the needs of our tribal communities and citizens and work with our leaders,” she said.

Horn stressed the importance of voting as Oklahoma consistently has a low voter turnout.

“We have this incredible diversity here in our tribal nations that are located here in Oklahoma, and we need someone that is not only going to respect and honor tribal sovereignty but that will work hand in hand with all of our tribal leaders,” said Horn.

The candidate for U.S. Senate spoke directly to tribal citizens.