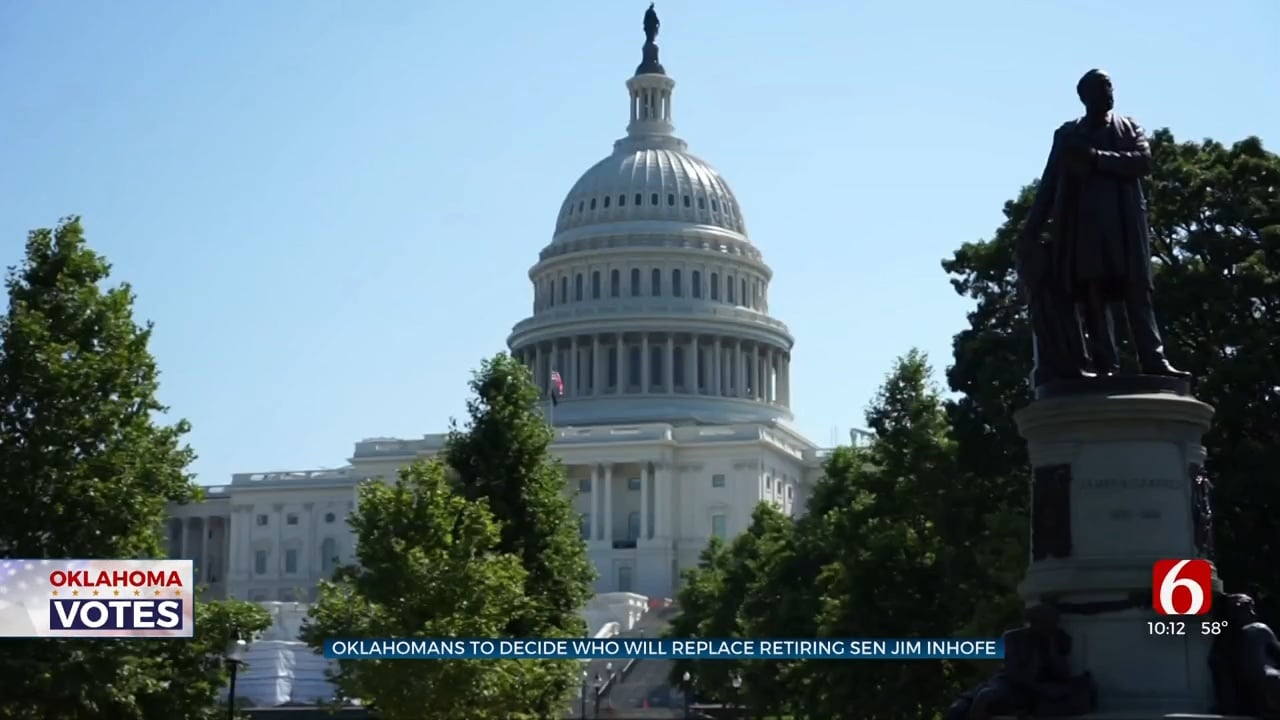 Viewed simply, it's a race between a conservative Republican -- Markwayne Mullin -- and a moderate Democrat -- Kendra Horn.

Horn hoped voters would get a more nuanced understanding of the race through a live, televised debate, and Griffin Media offered to host one, but Mullin has declined to debate her.

Horn said this is not about getting attention, it's about respecting voters enough to be willing to answer questions and defend a voting record. Horn said Mullin has nothing to show for five terms in Congress.

Oklahomans, Mullin said, have mostly made their minds up by now. "At this point we're running our race," he said. "Let her run her race and we'll see what happens November 8."

45-year-old Markwayne Mullin lives on a large ranch in rural Westville, Oklahoma, a short distance from the Arkansas line in Adair County. A successful businessman who's been representing Oklahoma's 2nd congressional district since 2013, Mullin said he decided to run for the Senate because he believes he could have a greater impact in the Senate and especially be more effective in protecting small business from overreaching federal agencies there.

Chickasha-born Kendra Horn, 46, is seeking a return to Congress, having represented the 5th district for one term before losing her re-election bid to Stephanie Bice in 2020. Horn said, in a storm of unproductive finger-pointing and extremism -- on both sides -- she offers a voice of reason and belief in bipartisanship.

Horn agreed that Americans are hurting and said, not only do we need affordable energy, "we need economic polices that incentivize innovation and entrepreneurship and job growth and opportunity, but also ensure that we are not allowing more and more people to fall through the cracks."

"This is one of the places I very much disagree with this administration and I think we need more people like me that are going to push back and say we need in all-of-the-above approach," said Horn. "As a state and as a nation and as a world, we need more energy, not less. As Oklahomans, we are energy producers. We are well positioned to positively contribute to our nation's energy needs."

He said American energy has to be fully unleashed. "You have to get energy independence back on the forefront and there's no reason why we aren't," he said. "When we're energy independent, we control our energy costs."

Rep. Mullin has generally supported legislation arming the Ukrainians and said Russian President Vladimir Putin is dangerous and must be stopped. But he said Europe needs to take the lead, that America can't afford to be the main funder of the fight.

Horn said we absolutely must continue to support Ukraine and our European allies.

One of the GOP's most vehement and constant criticisms of the Biden administration has been a breakdown of security on the southern border. Horn said the need is real, but the solution doesn't lie in the extremes.

While Mullin blames the Biden administration for policies that encourage illegal immigration, he admits that Congress has a role to play and needs to pass immigration reform. But he said Democrats, as much as they complained about immigration policy in the Trump years, aren't actually interested.

Horn said she would have voted for it and that Mullin put politics over people.

On reproductive rights, Horn said, it's a difficult issue, but it's not hard to see that women's rights have been wrongfully stripped away in Oklahoma and other red states where abortion bans have been approved by Republican legislatures.

Mullin said the Supreme Court was right to overturn Roe v. Wade and he is fighting to protect all babies. He said he'd rather states put their own abortion bans in place, but admits he would likely support a federal ban.

Election handicappers rate the race as "solid" for the GOP, but Horn said she was also counted out in 2018. the year she upset incumbent Steve Russell.