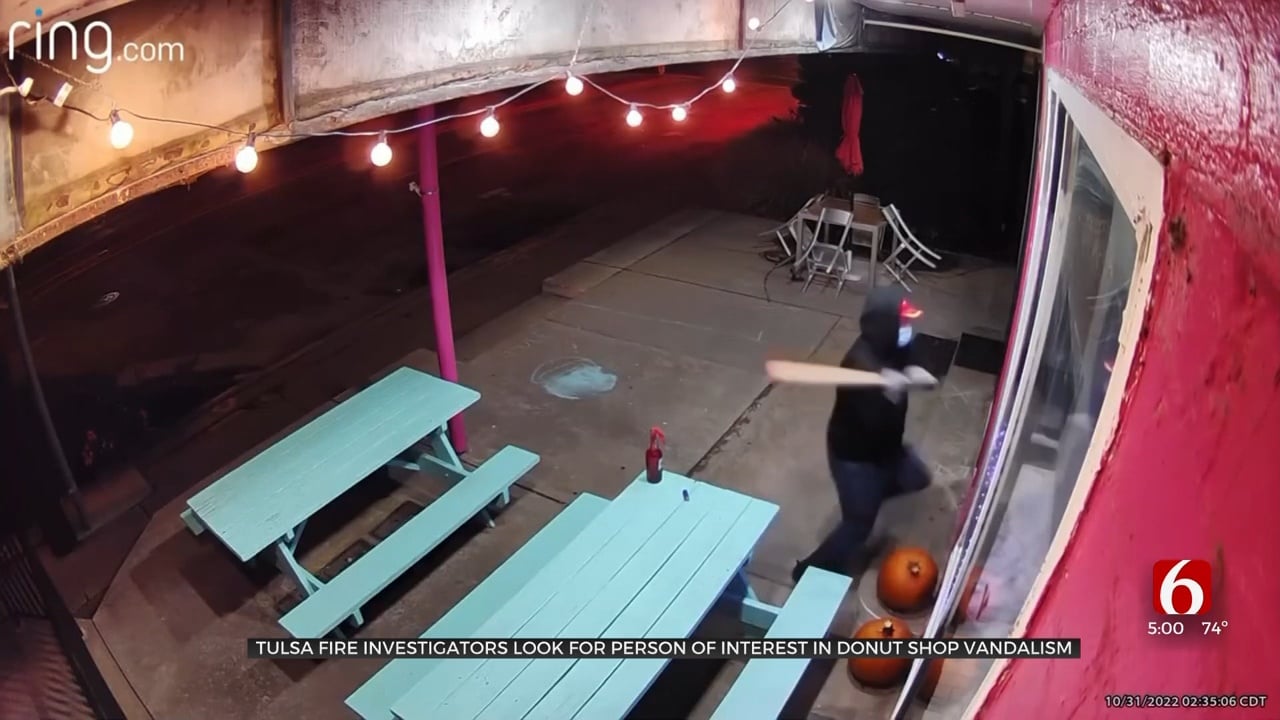 Tulsa Fire investigators are looking for a person of interest after someone smashed a window at a Brookside donut shop and threw a Molotov cocktail inside. This is the second time the business has been vandalized in the past two weeks.

The owners of The Donut Hole near 31st and Peoria said they were out of town when they got the devastating call that their business had been targeted again.

Surveillance video catches a person in dark clothing walking up to the business around 2:30 on Monday morning.

Investigators said the person first puts a letter with anti-LGBTQ rhetoric on the door of a neighboring business, then uses a bat to smash through the glass door. Once it was broken, the person is seen throwing the explosive device inside.

“It’s got a chemical of some kind in it that’s meant to spread fire quickly and cause a great potential of damage,” said Lt. Tim Ingram, Tulsa Fire Department.

Firefighters said the flames did not spread and only caused minor damage inside the store.

The owners tell News On 6 they are frustrated since this is the second time they have been targeted in as many weeks.

On October 17, the glass door and a window were shattered after the business took part in an art installation hosted by people in drag.

Investigators said there is a person of interest in the latest attack, but have not released any additional information.

Fire marshals said charges for the person responsible could start with arson and endangering human lives.

The owners were planning another drag event on Thursday to hand out 300 free donuts as a token of appreciation for the community’s response after the first attack, but that event has now been canceled.