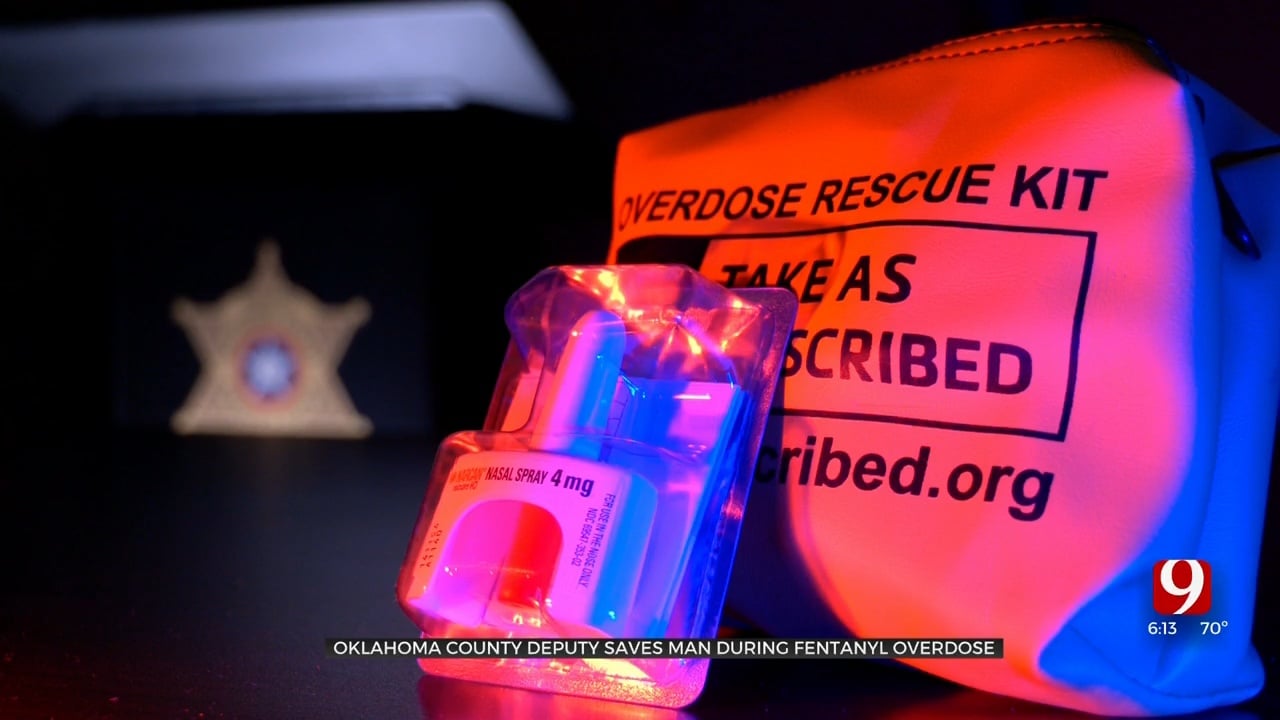 Body cam video shows an Oklahoma County deputy reviving a man who overdosed on fentanyl and was not breathing, highlighting an increase of the deadly drug in the community.

The incident happened Sunday night in Harrah. The video shows a deputy inside a home where the man was unconscious. After administering the overdose-reversing drug, Narcan, the deputy performed chest compressions for about 25 seconds to revive the man.

The man can be heard in the video making a snorting sound as he regained his ability to breathe. The Oklahoma County Sheriff's Office said the man was alive when he was taken to the hospital.

"Our deputy, we believe, did a fantastic job. We're very proud of him," said Aaron Brilbeck, spokesperson for the Sheriff's Office.

Brilbeck said more fentanyl has been getting into the community. In 2020, the Oklahoma County Sheriff's Office seized 3 pounds of the synthetic opioid. The following year, deputies seized 4.3 pounds. So far in 2022, investigators have already taken 29 pounds of the drug off the streets, Brilbeck said.

According to the Centers for Disease Control and Prevention, fentanyl is 50 times stronger than heroin and 100 times more potent than morphine. The Drug Enforcement Administration said a kilogram of the drug has the potential to kill 500,000 people. This translates to nearly 227,000 people for every pound of fentanyl.

"Fentanyl is an extremely potent synthetic narcotic that's also very cheap to make," Brilbeck explained. "So, drug dealers will use fentanyl to cut other drugs, like heroin or cocaine, for example. The problem with that is that it's so powerful, the amount as small as a grain of salt is enough to kill a person."

Brilbeck hopes the body cam video serves as a warning of the drug's deadly potential.

"It's a hard video to watch, it's disturbing, and it's even more disturbing knowing that here's a person who has done this to themselves," said Brilbeck. "They've taken a drug that we know is poison."