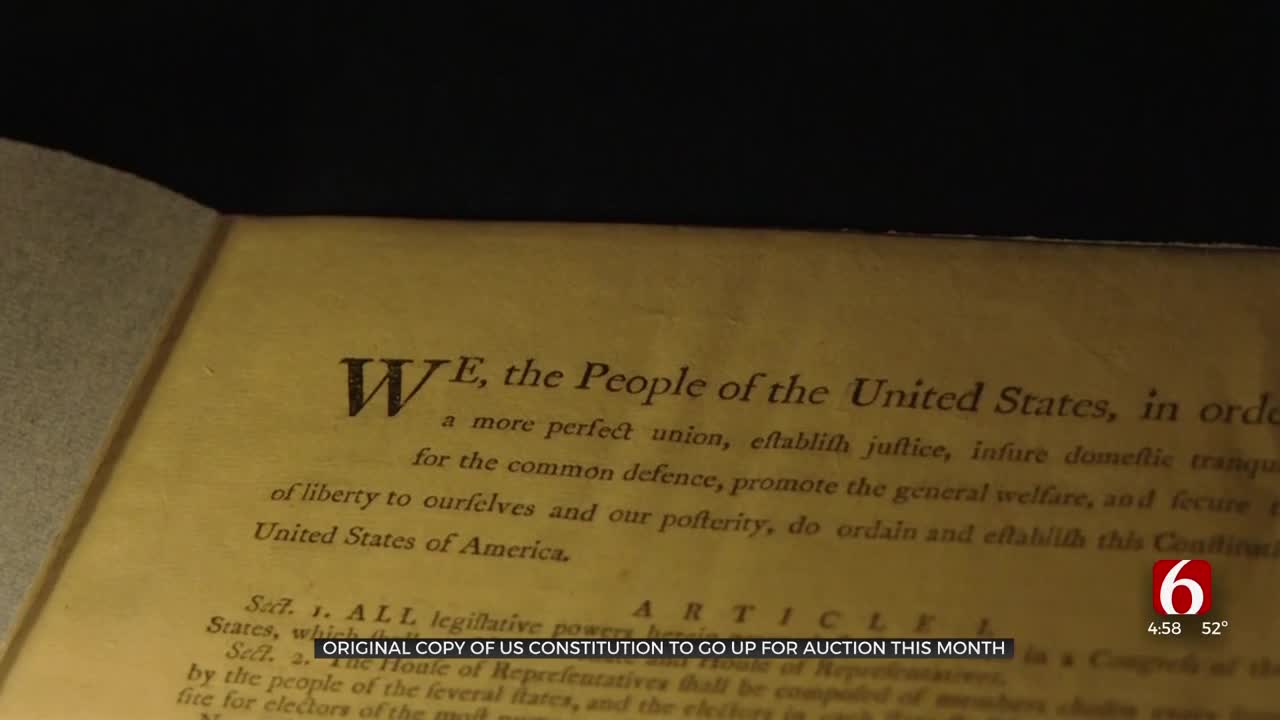 An official first printing of the U.S. Constitution is set to go up for auction next month, New York-based auction house Sotheby's announced Tuesday. The historic document will be put up for auction during a dedicated live sale on Dec. 13.

It is one of only two such copies that are in private hands, and one of only 13 total copies known to exist, Sotheby's said. The other 11 are in public government collections.

It's the first time in more than 125 years that this particular manuscript has gone up for auction, according to Sotheby's, which estimates it will sell for anywhere between $20 and $30 million.

It will hit the auction block just over one year after Sotheby's auctioned off the only other known privately owned first-edition copy, known as the Goldman Constitution. It went for a staggering $43.2 million last November, a record for any book, manuscript or printed text sold at auction, Sotheby's said.

Richard Austin, Sotheby's global head of books and manuscripts, said in a statement that last year's record sale was proof of the "enduring importance and influence" of the historical document, adding that there are high hopes for the sale of the remaining copy.

"A year later after the record-breaking sale, we hope the remarkable opportunity to acquire one of two privately owned copies of the Constitution will inspire a similar response that galvanized the public last year," Austin said.