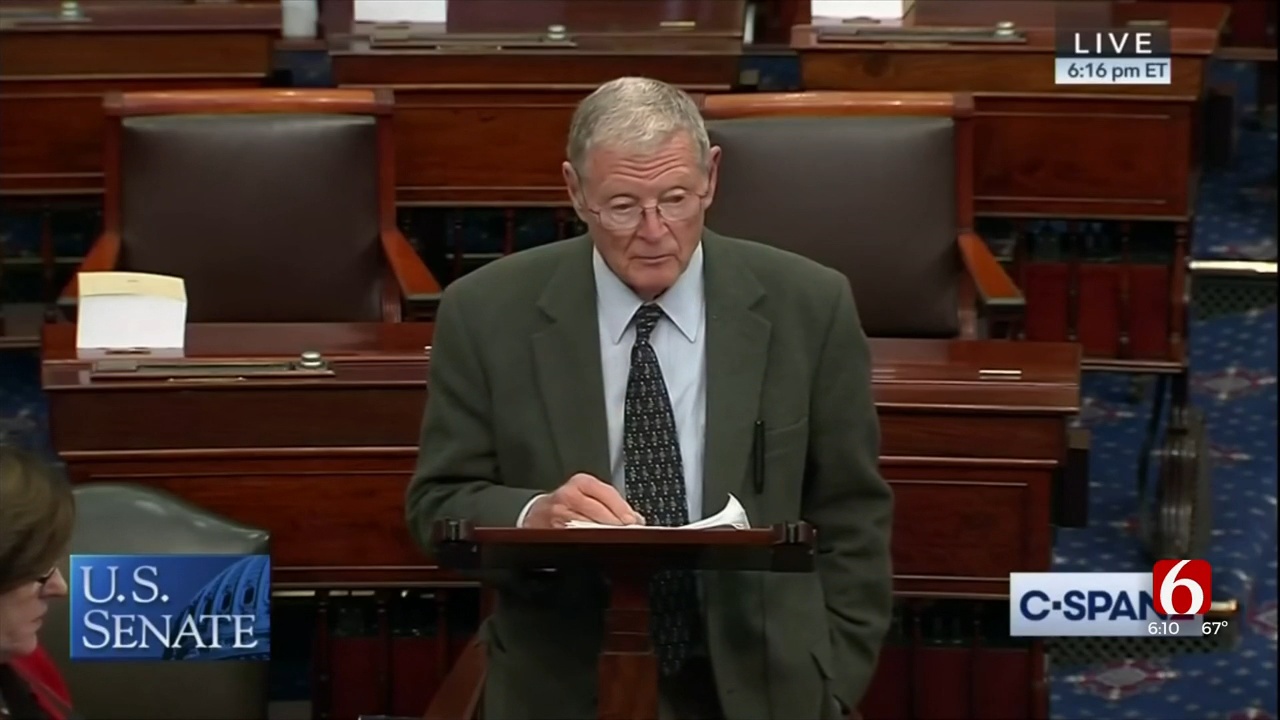 When 87-year-old Jim Inhofe retires from the United States Senate January 3rd, not only will Oklahoma lose a powerful defender of its five military bases, the military itself will lose one its most ardent supporters in Congress. Indeed, dedication to the armed services is a big part of Sen. Inhofe's legacy.

As the former chair and current ranking member of the Senate Armed Services Committee, Inhofe takes tremendous pride in the fact that Congress has passed a defense authorization bill in 61 consecutive years.

"That’s because it’s the most important bill Congress will be doing all year," said Sen. Inhofe in December 2019, as the Senate was doing its part to push the streak, at that time, to 59 years.

"Maybe I’m biased," Inhofe told his colleagues on the floor a year later, as they took up the FY 2021 NDAA, "but I believe this is the most important bill of the year, I really believe that -- I've believed that since 1987."

Senator Inhofe's belief that the most important bill of the year is the one that authorizes defense spending goes back, he says, to World War II, America's emergence as the preeminent military power, and our leaders' commitment to remain so.

But instead, he says, over the ensuing years, he saw funding for military drop off, little by little.

"So, we were getting to that point where we were just disavowing what we committed to in World War II," Inhofe said in a recent one-on-one interview. "And so my effort, as far back as when I was in the House, was to rebuild the military."

Military excellence and superior support for the nation's service men and women is also the goal of Rhode Island Democrat Jack Reed, the current chair of Senate Armed Services and close friend to Inhofe.

Reed says he and Inhofe may come at issues differently, but in the end they're after the same thing and they have found that a little civility goes a long way toward achieving mutual goals. He says Inhofe's retirement is a big loss.

"Losing somebody who has dedicated himself selflessly to the people of Oklahoma and the people of the nation," said Reed, "and he’s done it in countless ways."

One critical way Inhofe showed his dedication -- especially to Oklahoma -- was through his work to insulate the state's military installations from the Pentagon's five base realignment and closure -- BRAC -- rounds between 1988 and 2005.

"BRAC rounds were said to try to cut down costs and wasteful spending in the military," Inhofe explained, "and I just wanted to be sure that while others were cutting back...we were in a position where we could actually take advantage of that and grow. So, each one of our military establishments benefited from the BRAC rounds, and no other state can say that."

Inhofe says, thanks to Sen. Reed and like-minded members of the armed services committees in both chambers, the U.S. military is going to be adequately funded next year. President Biden's proposed budget was inadequate, he says, but he led the charge to adjust it significantly up.

He says, whoever takes his place, will have to continue to fight to make sure the military isn't short-changed in the future.

"Good things are not just going to necessarily happen to the military on their own," Inhofe said. "I’m a little concerned because...I’ll be out of here on January 3 and someone has to be an advocate, and I’m not sure who that is right now."

But before that happens, there’s still one more NDAA to pass -- number 62 in a row -- and one more opportunity for Senator Inhofe to tell his colleagues they’re about to vote on the most important bill of the year.