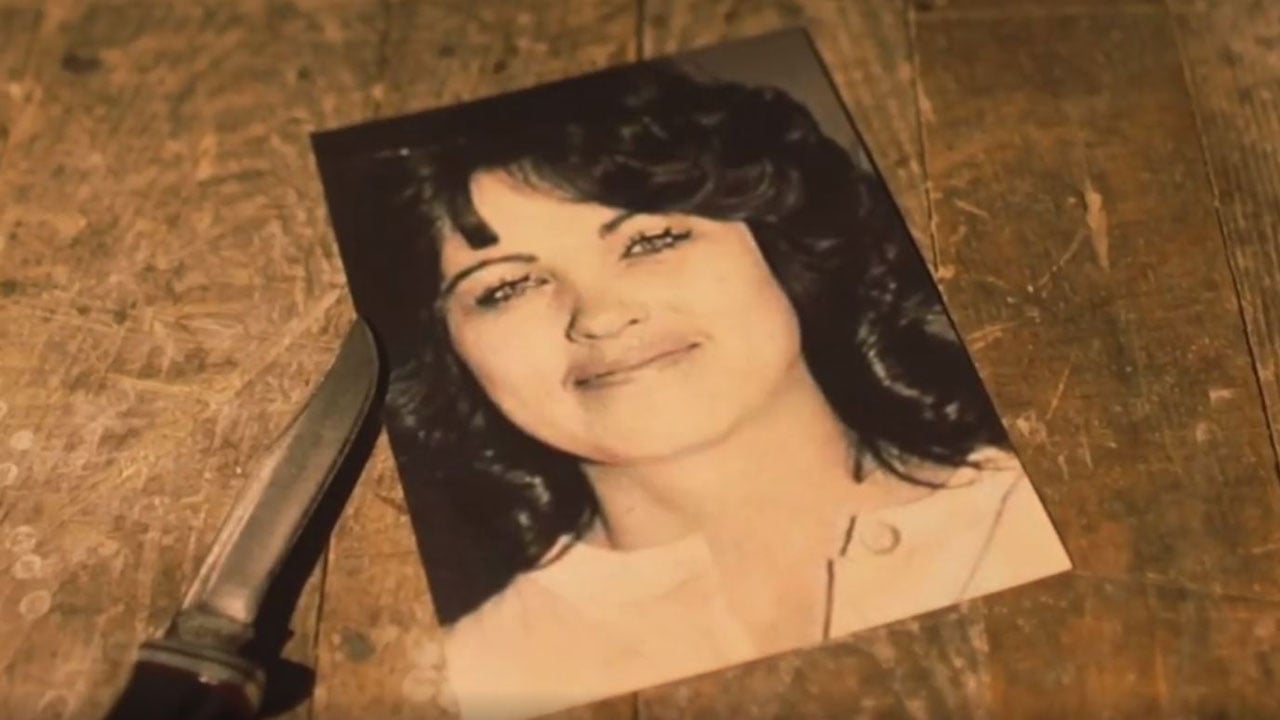 It was inside a dark, smoky bar in Comanche, Okla., where Mary Morgan Pewitt, the newest waitress at Harold's Club, declared last call -- never suspecting she would soon take her last breath.

The 25-year-old had accepted the job just 13 days earlier. Working at the bar wasn't Pewitt's first choice of careers, but money was tight. She had daughters to feed.

"She was trying to provide for us the best that she could," said Pewitt's daughter, Kira.

It was a Friday night in June 1988, June 3, just before midnight. The single mother was kid-free for the evening and working the late shift. At midnight, Pewitt promptly closed the only bar in Comanche.

After delivering the night's earnings to the owner's house, Pewitt headed to her home on South 10th Street.

The next morning, Pewitt's mother Elizabeth Morgan was at her daughter's doorstep with 6-year-old Amber and 7-year-old Kira. They had arranged for an early-morning drop-off.

"We went and knocked on the door, and nobody answered," Kira said.

The girls assumed their mom was still asleep after a long night at work.

"And then Amber went up to the window," Kira said.

Amber peeked through the blinds and quickly cried out for help.

The three of them found a way into the house and ran to Pewitt's side. Blood was everywhere, but there was a glimmer of hope.

First responders rushed to the home, but there was no saving Pewitt. Someone had savagely attacked her, police believe, sometime between 12:45 and 6 a.m. June 4. She had been stabbed 30 times in the neck and chest. From the small cuts on her arms and hands, it appeared she had tried to fight off her attacker.

Special Agent Francia Thompson with the Oklahoma State Bureau of Investigation said, "It was a killing that was full of rage."

There was evidence of a struggle that had begun in the living room of Pewitt's home, led to the hallway and into the room where Mary was eventually found on her bed, wearing only a t-shirt and socks. An autopsy showed no signs of a sexual assault, but the brutality suggested the killing was personal.

Mary Morgan Pewitt most likely died at the hands of someone she knew. But who? Why?

Special Agent Thompson said Pewitt "had a lot of people in her life," making it difficult to narrow down a pool of possible suspects.

By 25, Pewitt had already been involved in several volatile relationships -- three failed marriages and a new, quick-tempered boyfriend. The men provided loose alibis, and authorities were never able to make an arrest.

"We've just been stuck for so long," Kira said.

After more than 30 years of waiting for justice, Kira has grown desperate for a renewed focus on her mother's case. In 2021, at her request, News 9 agreed to give it a fresh look.

Investigative reporter Lisa Monahan: "Over a span of several months, I made calls, reviewed reports, and spoke with anyone who had first-hand knowledge of the murder, beginning with Comanche Police, which handled the initial investigation."

Stephens County authorities also turned over its case materials when the OSBI took over the investigation in 1997, which then by law made the information off-limits to the public.

Lisa Monahan: "So, I dug through every available document and interviewed any witness still alive and willing to talk."

"I tried revisiting the crime scene, but the home's renters had no interest in cooperating. Still, I made note of the entry points, recalling a key piece of circumstantial evidence -- that the house had been secured after the murder, windows shut, front door locked and the side door held together by a bungee cord, still intact, suggesting the killer likely knew how to get in, knew the home, and knew Mary."

While far from conclusive, the evidence pointed to three potential scenarios: a crime of passion, drug retribution, or a murder for hire.

One popular theory points to Randy Benson, Mary's boyfriend at the time. Investigators know he was in the home that night. When questioned by police, Benson claimed that after Pewitt returned home from work, they watched TV together until about 12:45 a.m., at which point he left to go play video games with his 11-year-old son.

However, that doesn't match the story he shared more recently with Pewitt's daughter, Kira.

"I keep thinking I should have stayed," Benson said to Kira. "My son promised, 'Be here at midnight,' and I promised him I would. I left Mary's at 11:50 and sped home and got home at exactly midnight."

Lisa Monahan: "That account did not fit with the timeline of Pewitt's movements that night. We mapped out her route home to be sure."

Taking into account city growth such as stop lights and give or take a minute, Pewitt would have gotten home by 12:15 a.m. if she left when the bar closed. Remember, she drove to her boss's house first to drop off the night's earnings before driving home.

Benson had told Kira that he left her mother's house at 11:50 p.m. but had told police that he had left after midnight.

News 9 talked to Benson's now-grown son in hopes he could clarify. On June 4, 1988, he was spending the weekend at his grandmother's house in Duncan, where his father was also staying at the time.

Lisa Monahan: "Did you play video games with your father that night?"

Benson's son: "I'm not going to get into all of that."

The son also told News 9, "The statement that was written down for me matched verbatim, I guess, with what my grandmother and Randy had also said. Not a single word off."

Benson's son would not say anything more about it, but did offer this cryptic statement: "I don't know if you remember old Nintendos or not, but I mean, almost all were one-player games."

Lisa Monahan: "Was he saying the video game alibi was bogus? Of course, we would have posed this question to Benson himself, but he took the answer with him to his grave in 2020."

Preview of Part 2 of this investigation:

"Is he capable of it? Yes, probably, circumstantially the evidence seems to be there," said Ryan Welton, who worked with Benson years after Pewitt's killing.

Lisa Monahan: "We tracked down people who knew Randy after the murder but who were unaware of his potential connection to this case. Tune in Thursday night at 10 to hear why they say he was acting suspicious. Plus, we explore a handful of other theories, motives, and persons of interest connected to Mary's murder."