Veterans In Bartlesville Get The Chance At A 'Dream Flight' 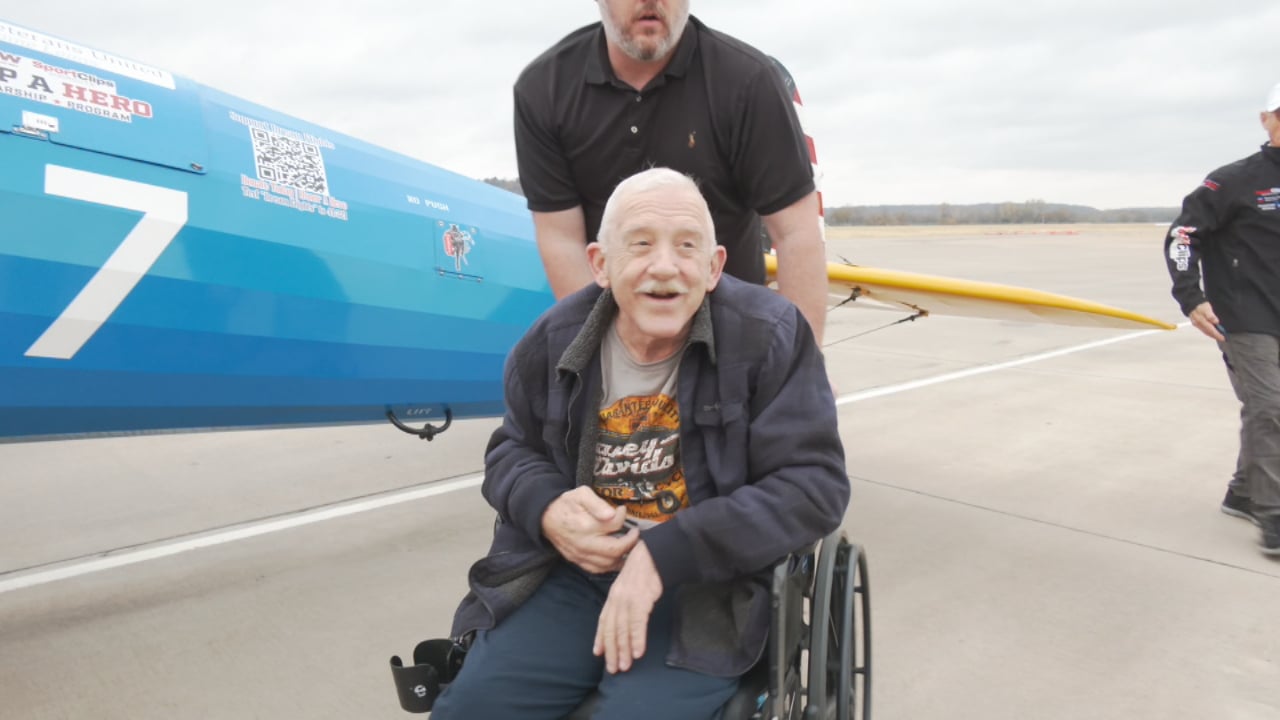 Veterans In Bartlesville Get The Chance At A Dream Flight

Veterans in Bartlesville got the ride of their life today in a World War II Era Biplane.

It took quite a bit of effort to get 72-year-old veteran Daniel Stefanopoulos out of his wheelchair and into the 1940 Boeing Stearman biplane but once he was in, they were quickly off into the clouds. His son Pat stood by, watching with excitement.

"He's a great guy, he's a great father, and I'm just happy he had this opportunity to come out here and experience something that will give him a lot of joy, he'll remember for a long time," says Pat.

Pat Stefanopoulos says his dad, a Vietnam War Veteran, spends his days now in a nursing home, which is why seeing him fly is heart-warming.

"... getting out and away from that and able to get up in the air, he loves exciting fast things and he's just going to eat this up, he'll love every minute of it," says pat

After landing, Daniel didn't give the answer you'd expect after a flight like that.

"How was it?,” asked someone from the crowd.

But his excitement was obvious.

Daniel said the flight was calming, and he’d do it again in a heartbeat.

"Oh it was great, it was incredible, I told him that up there," he said.

Darrel Cook just joined Dream Flights, a national non-profit that gives flights to veterans all over the country.

"It transforms them, it really does, they're 20 again, you can just see it in their faces and people that didn't talk very much before they become chatter boxes and they just love it," he said.

He says honoring veterans like Daniel is what it's all about.

"Enjoyed it, would do it all again," Daniel said.

Veterans In Bartlesville Get The Chance At A 'Dream Flight'