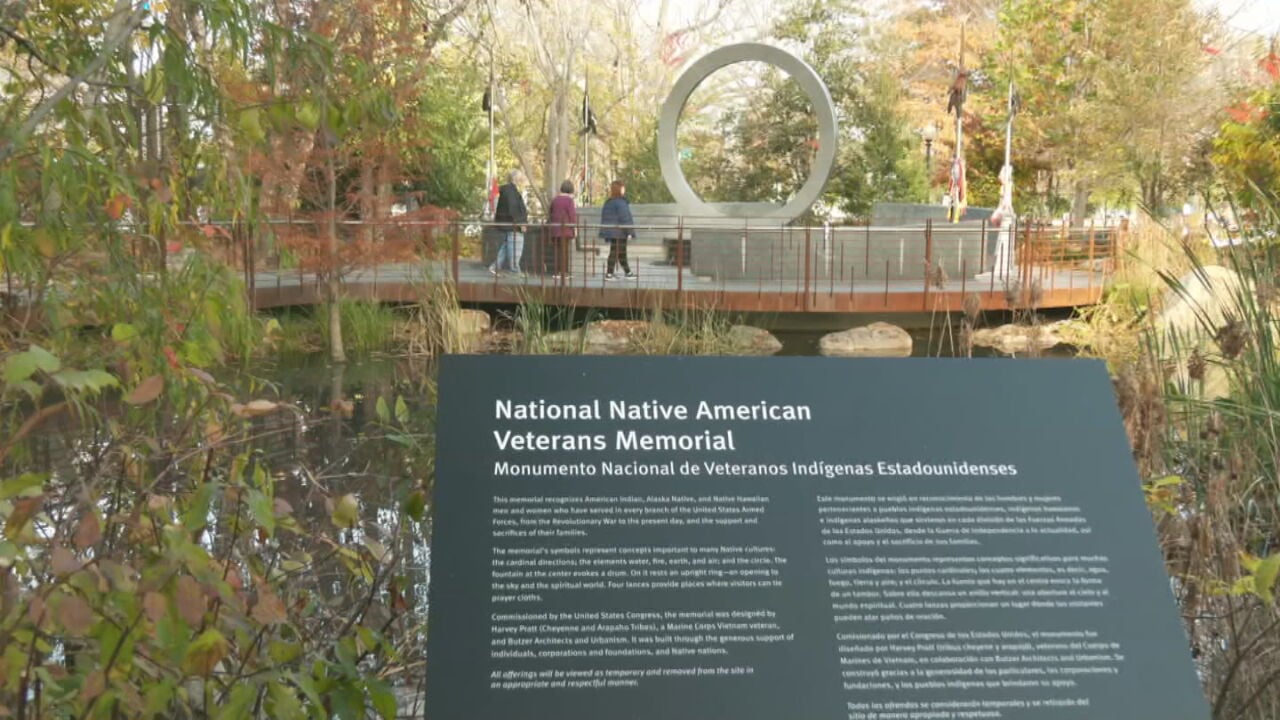 On this Veterans Day 2022, the nation's capital will host a full slate of remembrances and recognitions, including the dedication of the Native American Veterans Memorial at the Smithsonian's National Museum of the American Indian.

The memorial opened to the public on Veterans Day two years ago, but due to the COVID-19 pandemic, the dedication ceremony was postponed. Now that it has been rescheduled, it is perhaps not surprising that Native American veterans from Oklahoma, with its many rich and vibrant Native communities, are in Washington in full force.

“I don’t think people realize how many Native Americans have been in the armed services,” said John Williams, a Vietnam Veteran and member of the Osage Nation. “And we have fought in every conflict the United States has ever had.”

Members of every tribe have served in every conflict. The memorial, designed by the Cheyenne and Arapaho citizen Harvey Pratt, pays tribute to a spirit of service that would seem to defy the tribes' historically poor treatment.

“I think it goes back to our warrior tradition,” said Williams. “We have to prove ourselves to our self and also to members of our tribe.”

Williams is one of 21 Osage Nation veterans who rode 24 hours on a bus to attend Friday’s ceremony. The Osage Nation has its own memorial for veterans, but this, the members said, is different.

“This is the first time in history that the U.S. government is recognizing the [service of] Native Americans,” said John Maker, an army veteran who comes from a family of veterans.

“I think it’s very noteworthy and very important and worth the trip,” said Dena Cosby, who served eight years in the Oklahoma National Guard and Reserves.

Cosby is the communications coordinator for the Osage Nation and said there are situations, like this, where tribal leadership will use government funds to pay for a trip.

“Whenever our people speak out and say, ‘That something’s important to them,’” said Cosby. “And we have a lot of veterans.”

Vietnam veterans like Tom Warner who served in the 1st Battalion, 9th Marines. They were the so-called ‘Walking Dead’ because so many died in combat.

Warner was hit in the leg, neck and back by a rocket-propelled grenade during Operation Dewey Canyon. The grenade very nearly took his life.

“We walked right into an ambush. Head on,” said Warner.

Warner was losing a lot of blood.

“This helicopter came out of nowhere,” recalled Warner. “He’s like an angel.”

Warner said the bravery of that pilot saved his life.