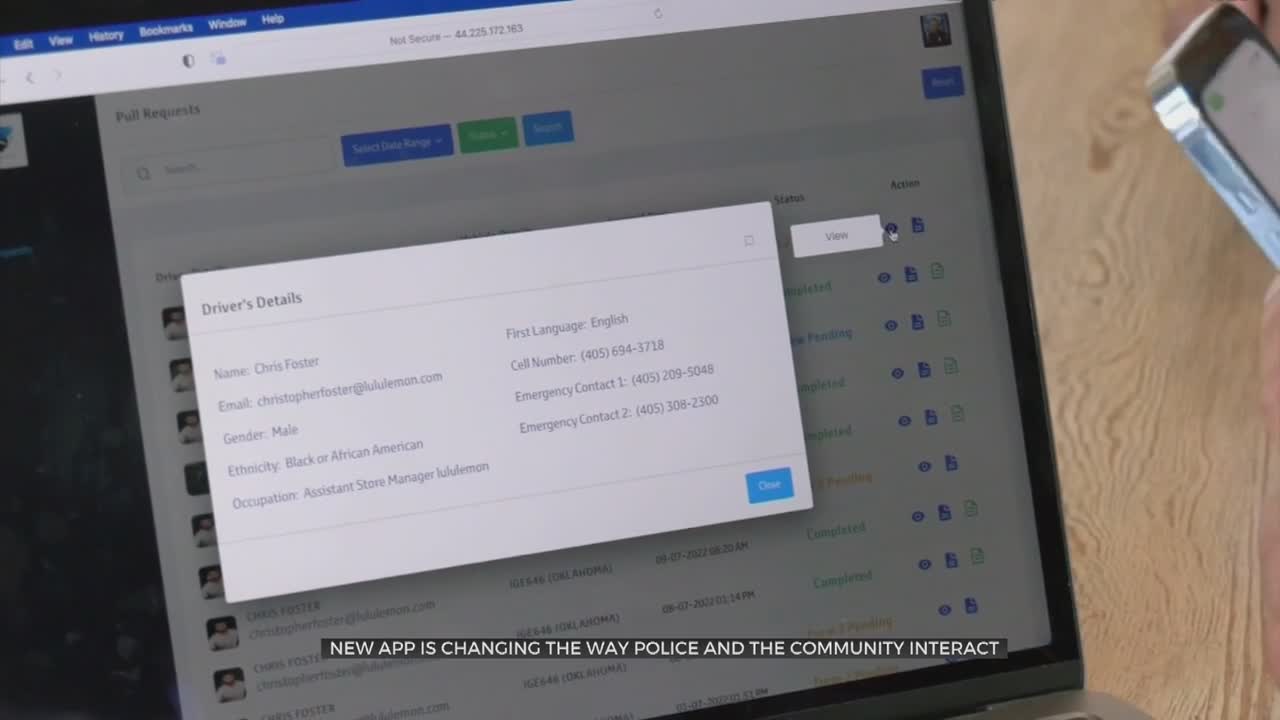 A new app created in Oklahoma is hoping to change the way we interact with police officers.

It's called Blue Jay, and it connects officers to the drivers they pull over during a traffic stop.

The app would allow drivers to inform an officer whether a weapon is in the vehicle and also self-identify any disabilities or language barriers the driver may have.

Founders with the Blue Jay app are embarking on a major opportunity. They are working with Gener8tor, a venture capital firm.

Claudius Taylor with Gener8tor said that the partnership is helping them get to the next level.

"Specifically, the g-beta program is a seven-week accelerator program that we run here for companies such as Blue Jay where we get them investment-ready and take them to that next step to raise capital," Taylor said.

"Since then, we have made some really impactful connections with and networking dynamics with company heads and different advocates and influences across the country, and we are now starting to get some traction with piloting in different states,” Foster said.

Blue Jay was part of a select group of social impact companies chosen for the opportunity.

"Just in general, when it comes to humanity and wellness and economic impact, it's finding the best and brightest in those specific areas," said Taylor.

They are creating a national platform to share this project that started in Oklahoma.

The next step -- Gbeta, a gener8tor program -- is hosting a Virtual Pitch Night on Dec. 6 where the Blue Jay app developers will be able to share their mission.