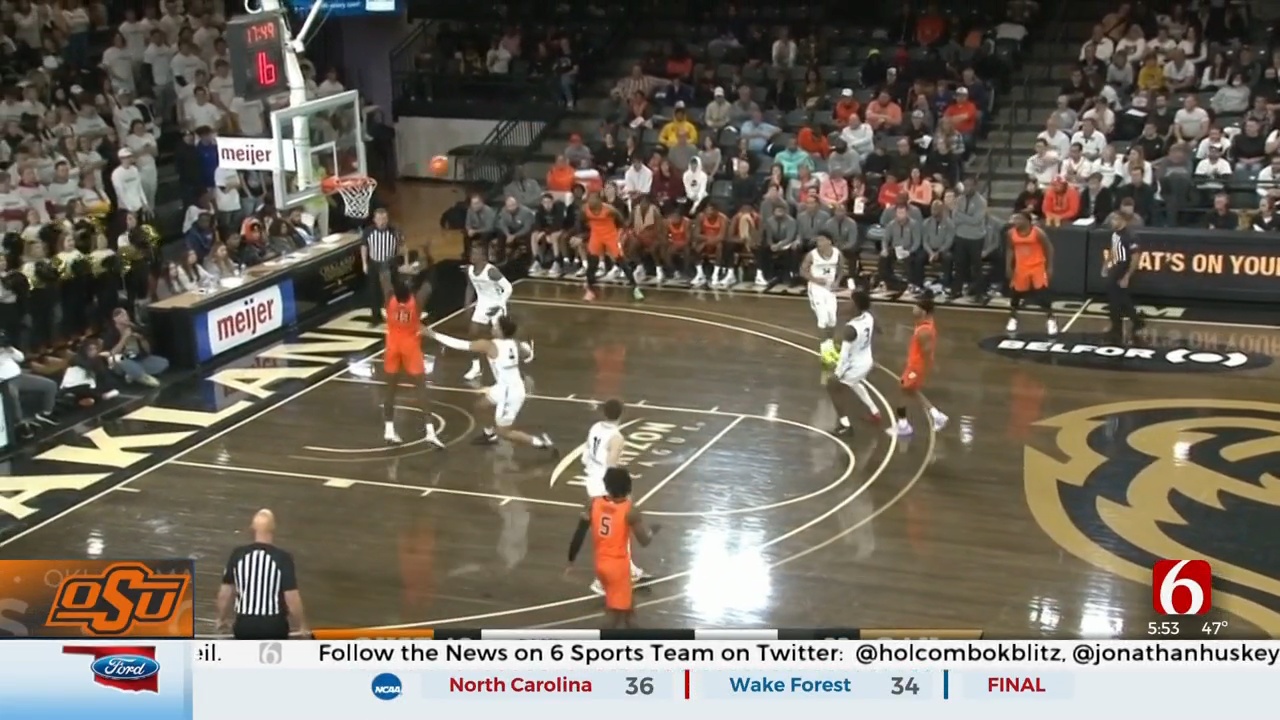 Avery Anderson had 18 points, Moussa Cisse had a double-double, and Oklahoma State defeated Oakland 91-62 on Sunday.

Caleb Asberry made two 3-pointers and a pair of free throws in a 14-2 second-half run that put the Cowboys in control, 58-35, with 12:30 remaining. Asberry scored 13 points in 21 minutes of play off the bench. Four players combined to score 33 bench points.

John-Michael Wright had 16 points, including 4-of-7 3-pointers, for the Cowboys. Cisse had 11 points and 10 rebounds and Anderson added seven of Oklahoma State’s 24 assists. The Cowboys’ 12 3-pointers in 23 attempts marked their most 3-point makes since February of 2021.