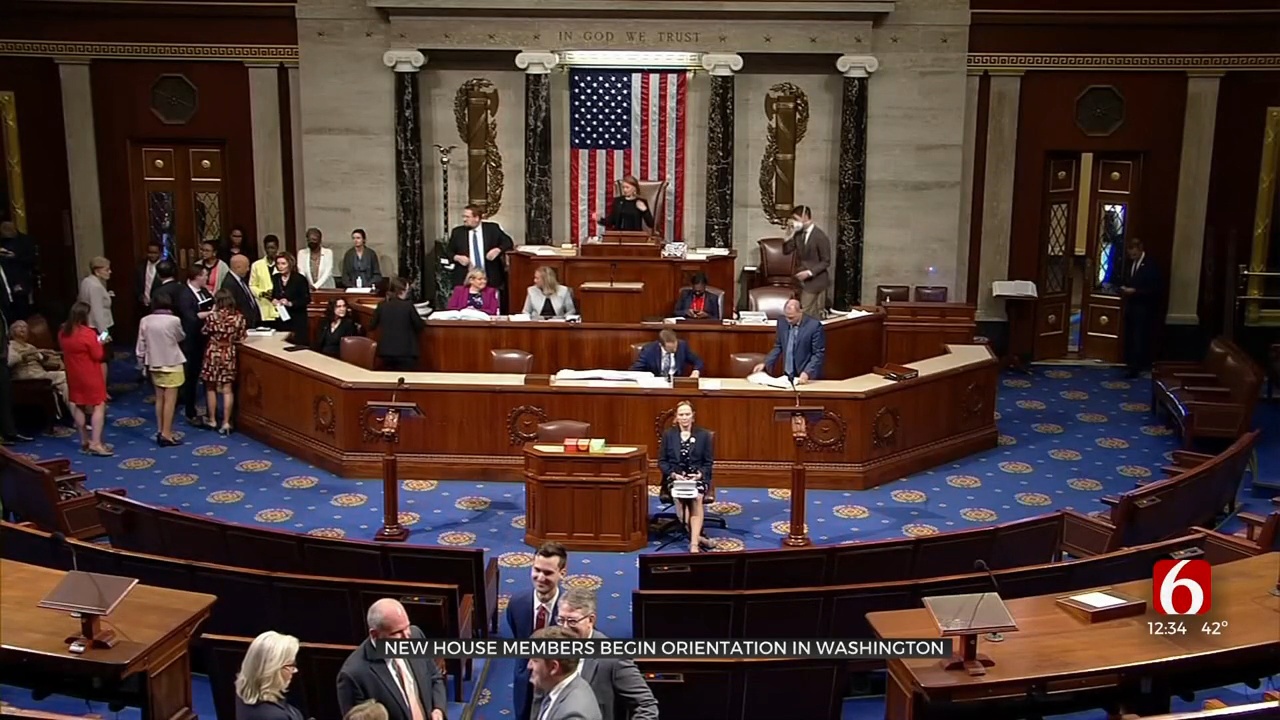 House Republicans are in position to reach the 218 seats they need to flip the chamber after the midterm elections. As of Monday morning, CBS News estimates Republicans will win at least 214 seats, while Democrats are estimated to win at least 210 seats.

In several outstanding races, Republicans are ahead. However, some toss-ups have been breaking for Democrats, and on Saturday night, CBS News projected that Democrats flipped Washington state's 3rd Congressional District, a seat the GOP was favored to hold.

There are currently 11 races that have not been called, and 10 of those seats are considered "battlegrounds." Of those remaining in battleground districts, five were rated as "toss ups," two were in the "likely Democrat" category, one was "leaning Democrat" and two were "leaning Republican."

Democratic strategists who work on House races this cycle say it would take a "miracle," but Democrats do have a possible path to retaining the majority.

They would then have to win at least 8 of the remaining 11 seats.

For Republicans, California could help them get to the edge of clinching the majority — if their candidates hold their leads.

Mitchell said for any chance for Democrats to hold the House, they'd have to win in the 22nd, 27th and 41st, all districts where the Republican incumbent is in the lead.

Republicans also lead in one other tight race: Colorado's 3rd District, where GOP Rep. Lauren Boebert is in the lead by around 1,100 votes with 99% of results in.

"From the math that we've done — I think it's a foregone conclusion [that Republicans take the House]," said Chamberlain. "But it's gonna be very close. It's gonna be just a couple of seats. And it shouldn't be I mean, this should have been a landslide, frankly."

In the primaries, Chamberlain's group supported Republican candidates like Reps. Peter Meijer of Michigan and Jamie Herrera-Beutler, House Republicans who were targeted by former President Donald Trump. Chamberlain argued that the moderate, mainstream candidates her group picked would have been more competitive in the general election, compared to the the further-right candidates who beat them and were on the ballot.

She said that candidate quality issue, as well as a disconnect between Trump and the rest of the Republican establishment, was a reason control of the House remains so tight.

"I don't think Trump's going away," Chamberlain said. "We just need to make better decisions with Trump. I do think some of the Trump candidates hurt us on Tuesday. And that's why we need to work together as a party and move forward."