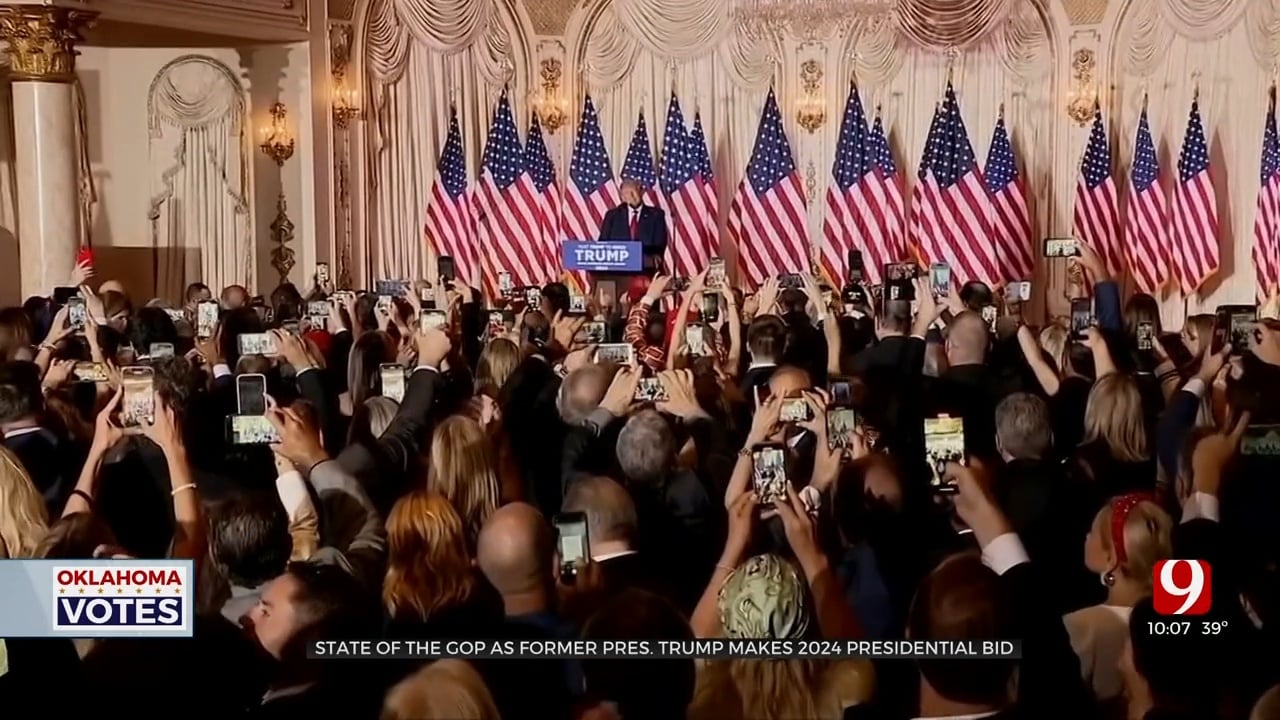 It has been a busy week in the world of politics as many top leaders announce their future plans.

Among some of those announcements, former President Trump took the stage in Mar A Lago and said that he will be making a run at the White House in 2024.

The announcement garnered mixed reactions as he still finds himself in the middle of several legal challenges.

U.S. Senator James Lankford weighed in on the political climate.

“Americans want someone to jump in there and actually be able to solve that problem. It is not a matter of who can get in there and shout somebody else down the loudest. People want someone who believes something and then goes out there and tries to get it done,” said Senator James Lankford.

“People don’t think the country is on the right track, they don’t feel it, they also don’t want an angry nation. They want to try and figure out how to solve problems. It was pretty clear from the elections that the angrier you were the less likely you were to be elected,” he said.

Other names to be on the lookout for, former Vice President Mike Pence and Florida Governor Ron DeSantis.