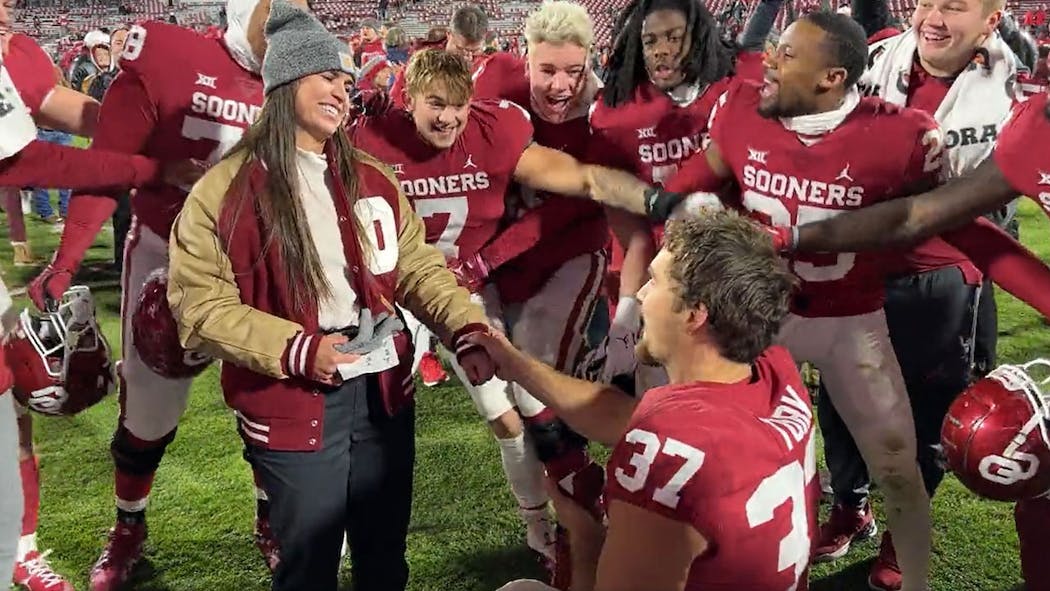 The Sooners had another victory Saturday night following their win against the Oklahoma State Cowboys.

Michael Turk, a punter for the Sooners, proposed to his girlfriend Grace Lyons, a national champion player for OU softball.

In a video released on Twitter, Turk can be seen taking out a note surrounded by fellow players before getting down on one knee.

Watch the proposal below: