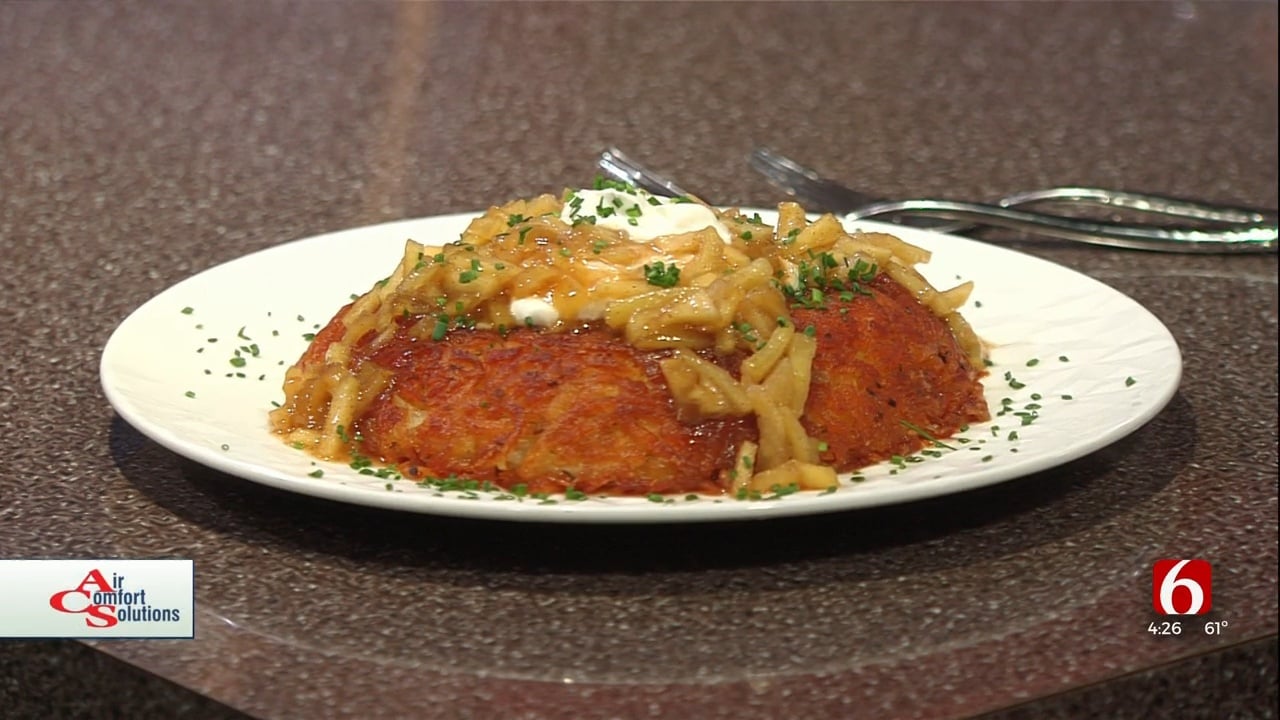 Cooking a Thanksgiving dinner can be daunting especially if you have a large family coming over for the holidays. Chef Devin Levine joined the Air Comfort Solutions Kitchen to talk about some tricks for preparing a big thanksgiving feast. He also has two dishes that are sure to impress your guests.

with a dollop of sour cream & buttered cinnamon apple compote

Shred whole peeled potatoes on a box grater; squeeze out excess liquid on the potatoes and place in a mixing bowl. Add melted butter, minced chives, salt & pepper and stir to combine. Preheat a non-stick 8” skillet that has been lightly buttered as well and press potatoes into the pan until full and level. Sauté on medium heat on the stove to lightly brown the bottom of the potatoes.

Place the whole pan in 350° oven for approximately 30 minutes or until the top is golden brown and the potatoes are tender. Remove from oven and carefully invert pan onto serving plate to unmold. The Rösti can be cut into wedges or served whole at the table.

Dollop sour cream on top of Rösti and garnish with additional chives. Serve apple compote on the side.