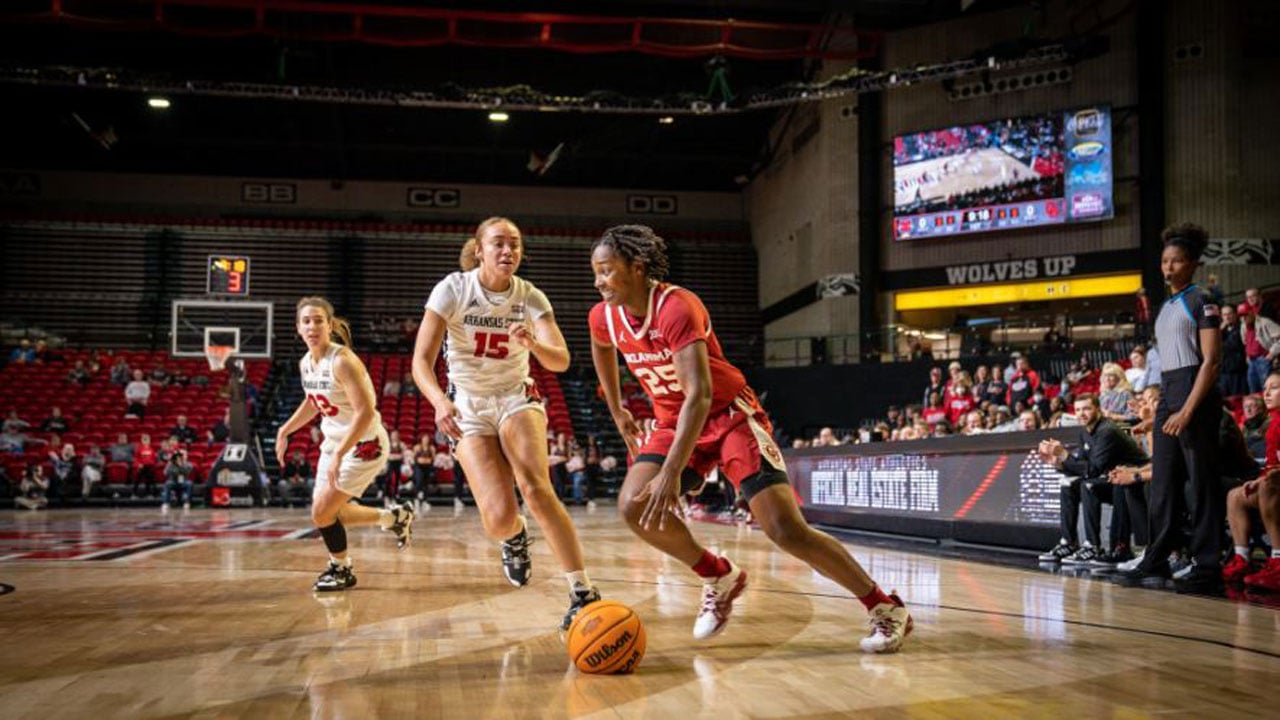 A strong second half powered No. 22 Oklahoma to a 95-70 wire-to-wire win over Arkansas State in Jonesboro, Ark., on Tuesday night.

The win wrapped up Oklahoma's (5-1) four-game road swing with a victory as the Sooners have now started 5-1 for the second consecutive year under head coach Jennie Baranczyk. Ana Llanusa and Madi Williams each finished with 14 points, with freshman Beatrice Culliton scoring a career-high 11 points in the win.

The Sooners won the opening tip and Liz Scott corralled a pair of offensive rebounds that led to a Madi Williams bucket to give OU a lead that it never surrendered. The Red Wolves cut the deficit to just one with 7:35 left in the first half, but Baranczyk's team closed the half strong to take a 39-32 lead into the break. Sooner freshmen Beatrice Culliton and Kiersten Johnson combined for nine third-quarter points as OU extended its lead to double digits entering the fourth. Oklahoma then started the final frame on a 9-0 run to put the game on ice and cruised to a 25-point win by outscoring the Red Wolves 34-19 in the fourth.

Williams led the Sooners with 14 points on 5-of-8 shooting with three boards and three assists. Ana Llanusa had her best game of the young season, pouring in 14 points with a pair of 3-pointers, five rebounds and four assists. OU's freshmen shined in the win as Reyna Scott (8 points), Culliton (11 points) and Johnson (8 points) combined for 27 points, 11 rebounds and six assists. Taylor Robertson sunk three more 3-pointers and now sits just 34 away from the NCAA's all-time record of 497.

All 11 Sooners who played scored in the win, as OU shot 52% from the floor with 26 assists and just 16 turnovers. With Baranczyk as head coach, Oklahoma is now 25-1 when shooting a better percentage from the floor that its opponent, as the Sooners held Arkansas State (2-3) to just 38% shooting.

Oklahoma is off during the Thanksgiving break but will return to Lloyd Noble Center at 6 p.m. on Nov. 30 for a matchup with Northwestern State. The game will be aired live on ESPN+.