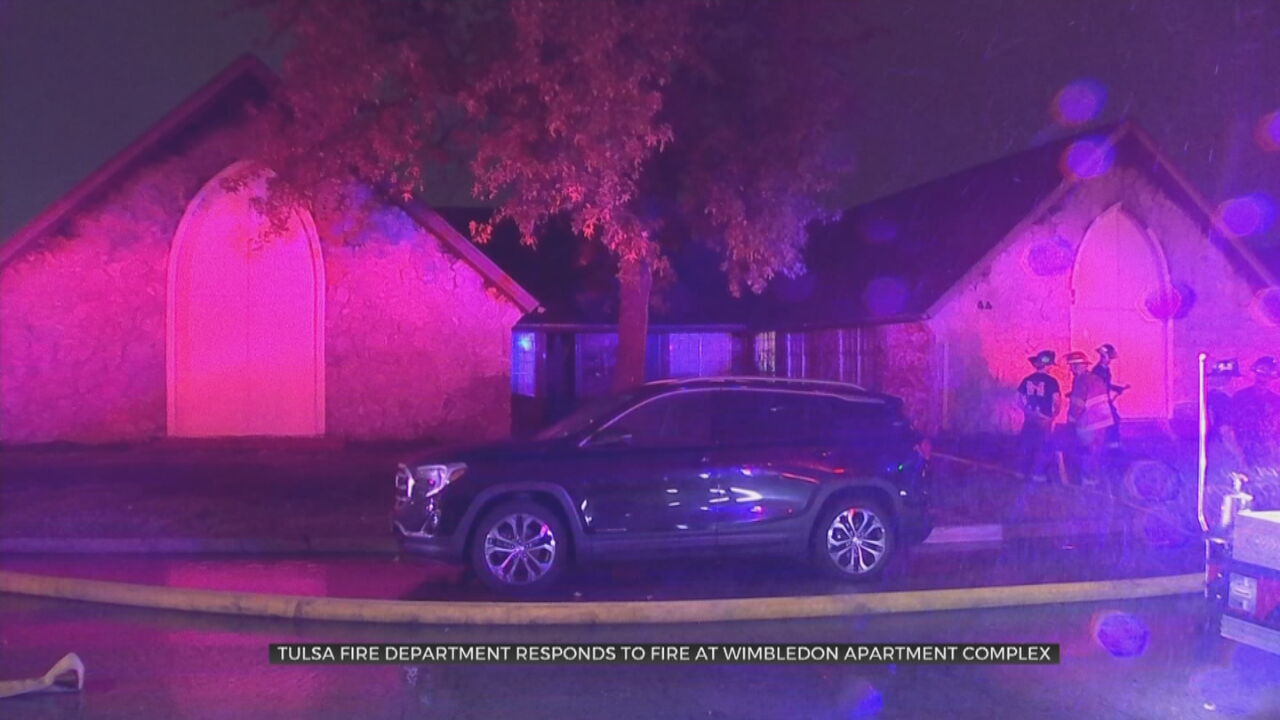 Tulsa fire crews responded to a fire Wednesday night at the Wimbledon Place Apartments near 51st and Memorial.

Crews were called to the apartment complex around 10 p.m. as smoke was seen.

Firefighters said they were able to get everyone out safely before putting the flames out.

"Once they got inside they realized we had a lot in the attic, so we had crews actually cutting holes in the roof and coordinating to put the fire out," said Jose Ariza, district fire chief.

Ariza said four units were burned, leaving around ten people out of their homes.

The fire department said they reached out to the Red Cross to help them find a place to stay.

Firefighters are still working to figure out what caused the fire.