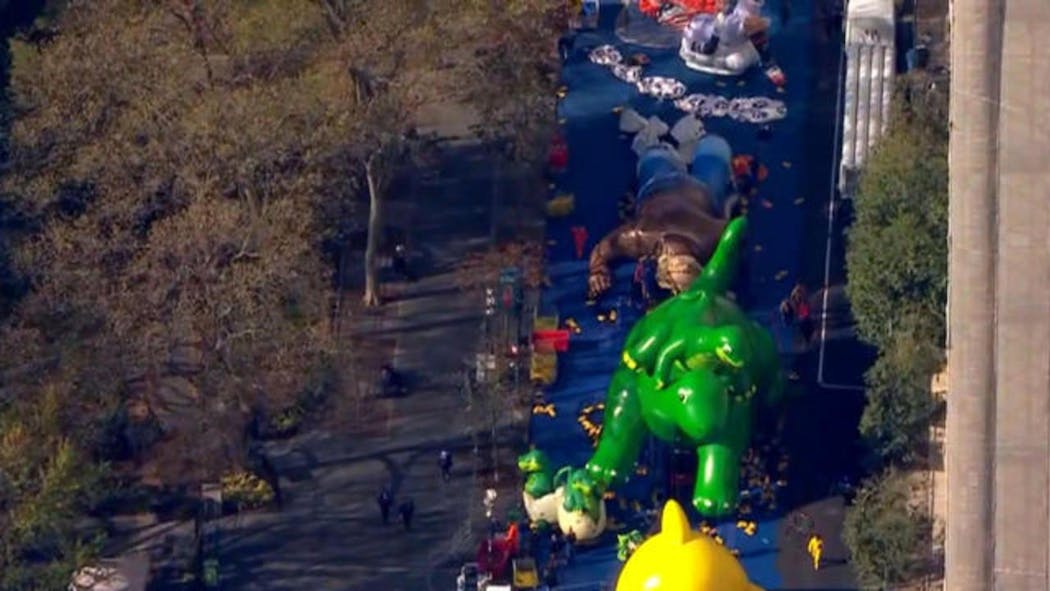 The parade is back in full swing this year after two years of COVID restrictions. The parade follows a 2.5-mile route from the Upper West Side down to 34th Street.

Dressed and ready to take flight, Dino and Baby Dino are some of the familiar balloon faces set to glide over the streets.

"We are here to see the balloons for the very first time," said parade spectator Monica Debride. "We are New Yorkers, born and raised, but I was excited to bring my daughter for the first time."

About 3 million people will be on the sidelines, watching 8,000 performers officially usher in the holiday season. For many, the fun started yesterday as crowds gathered all day to watch the balloons inflate.

"We didn't realize how big they are. Now we see why they're all tied down," Cindy Mandat, a visitor from Florida, said.

This year there will be 16 massive character balloons, 28 floats, a dozen marching bands, 700 clowns and, of course, Santa Claus.

"My favorite was actually "The Diary of a Wimpy Kid," said parade spectator Alex Williams.

The New York Police Department is boosting security as a precaution for the holiday parade after two recent mass shootings just days apart in Virginia and Colorado, but police say there is no known, credible threat to the festivities.

Some of the big balloons people said they'll be watching for are the Minions, Papa Smurf, and Diary of a Wimpy Kid. There will also be performances and appearances by Paula Abdul, Kirk Franklin and Broadway's Funny Girl.