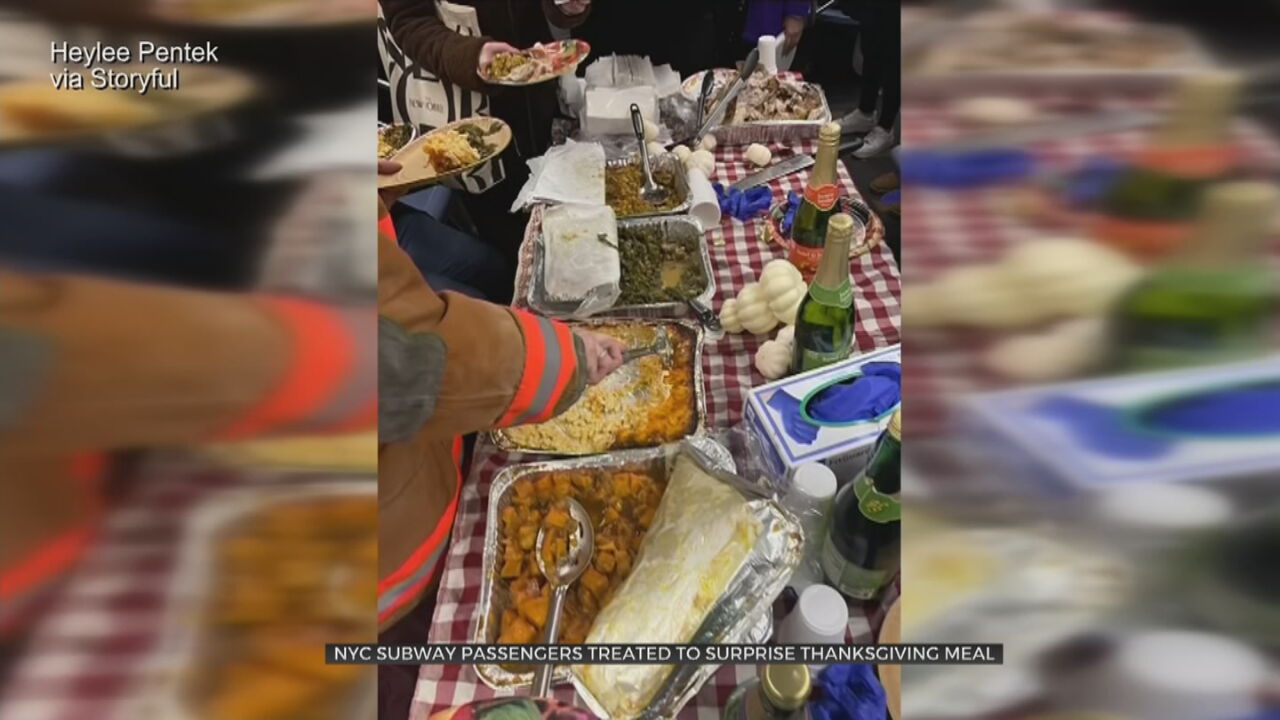 Passengers on a New York City Subway train didn't have to worry about missing dinner during their commute.

Video from one of the passengers shows a long table set up with traditional Thanksgiving food including turkey, sweet potatoes and macaroni and cheese.

The woman who took the video said the mac and cheese was "fire."

She's not sure who organized it, but local reports say Bea's Kitchen, a restaurant in New York, was behind the mobile meal.